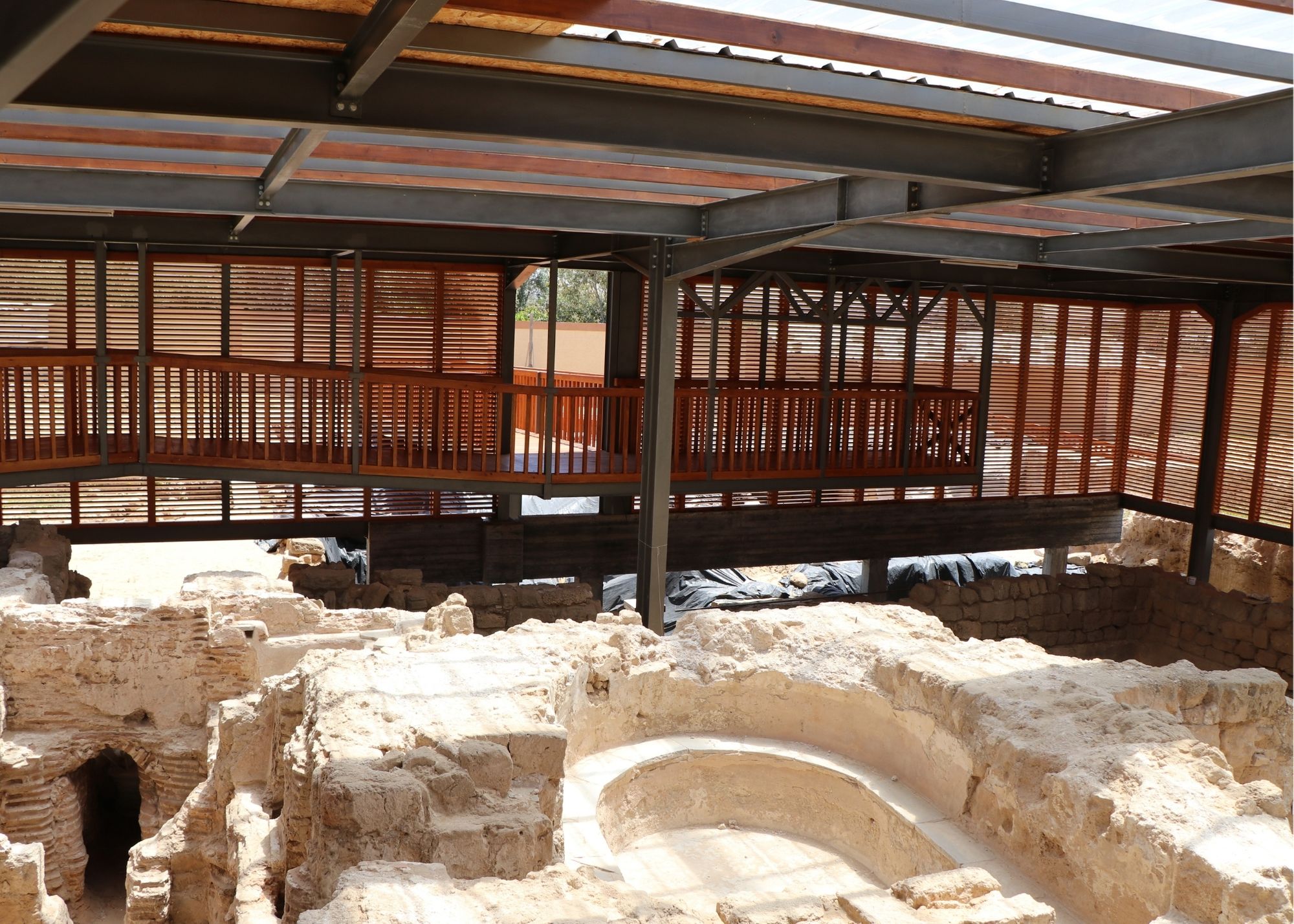 IN GAZA, ENHANCEMENT OF THE ARCHEOLOGICAL SITE OF SAINT HILARION CONTINUES

As a continuation of the preservation, mediation, and training program initiated in 2018 by Première Urgence Internationale on the archaeological sites of Tell Umm el-‘Amr (the monastery of Saint-Hilarion) and Mukheitim (the Byzantine church) in Jabalyah, a new campaign was carried out between March 2020 and February 2021.

Supported by the British Council (DMCS) and the Aliph Foundation, the work was scientifically monitored by the École biblique et archéologique française de Jérusalem and supervised by the services of the Ministry of Antiquities and Tourism of Palestine. Although initially planned to last 12 months, the intervention was reduced because it was interrupted between August and November 2020 due to the Covid-19 pandemic.

The program included a variety of activities on the remains of the site. It permitted efforts to tackle the restoration, the anastylosis of ancient masonry, stone cutting, the removal before restoration of a mosaic pavement, the archaeological excavation and processing of the data which resulted from it, etc.  The team is made up of about thirty people (women and men). As in previous years, recent graduate students from Gaza’s universities (architecture and archaeology) were included. In order to reinforce the students’ skills, each activity integrated a training component. For example, within the framework of the archaeological activity, leaders provided training in the reading of stratigraphy, sorting, identification, and the drawing of ceramic objects.

The preservation and restoration work follows the work already done on the crypt between 2019 and 2020. The activity also involved, at different levels of intervention, the chapel, the North Baptistery, the churches, the hotel and the South installations of the monastery.

More sensitive projects were carried out on the mosaic pavements of the site. One of them involved the removal before restoration of the pavement of the choir of the primitive church. This pavement had partly collapsed in the cenotaph of Saint Hilarion between 2009 and 2010.

This complex undertaking required special treatment and specific implementation, such as the installation of a mobile walkway to allow the team to remove the various fragments without having direct contact with the pavement. The fragments collected, after being numbered and listed, were placed in a 25 m2 sand-filled box, installed for the occasion in the site’s reception building. There, the pavement will be restored after the different pieces of this giant “puzzle” have been assembled. In the autumn, once restored, the pavement will return to its original position, in the choir of the first church.

At Jabalyah, the excavation of the remains annexed to those of the ecclesiastical complex completes the “archaeological panorama” of the site. Enhanced and consolidated, they will be presented to the public.

The reception of visitors has been reinforced on both sites by the training of two guides accompanying groups and the installation of two interpretation rooms. Finally, the actions carried out are regularly disseminated on the net via “Intiqal 2030”, created to facilitate exchange on the heritage of Palestine and in the region. 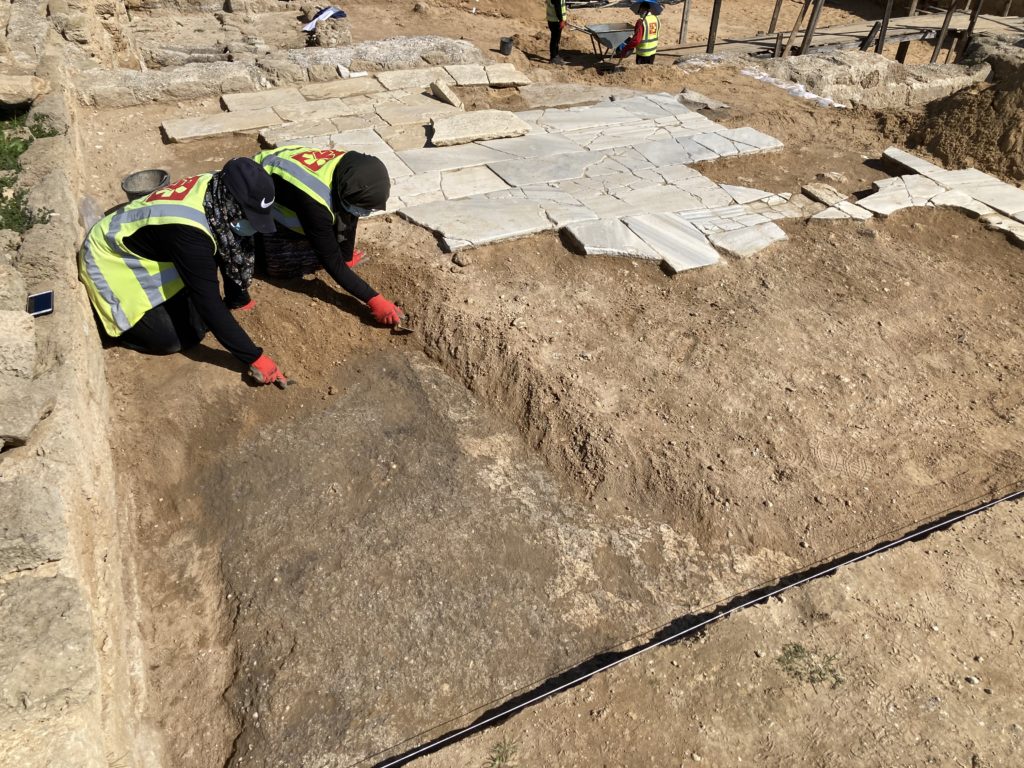 Fig. 2: Archaeological investigations with consolidation of the chapel’s pavement. In the recess, the floor on which the first floor of the chapel was laid is visible: a mosaic carpet. 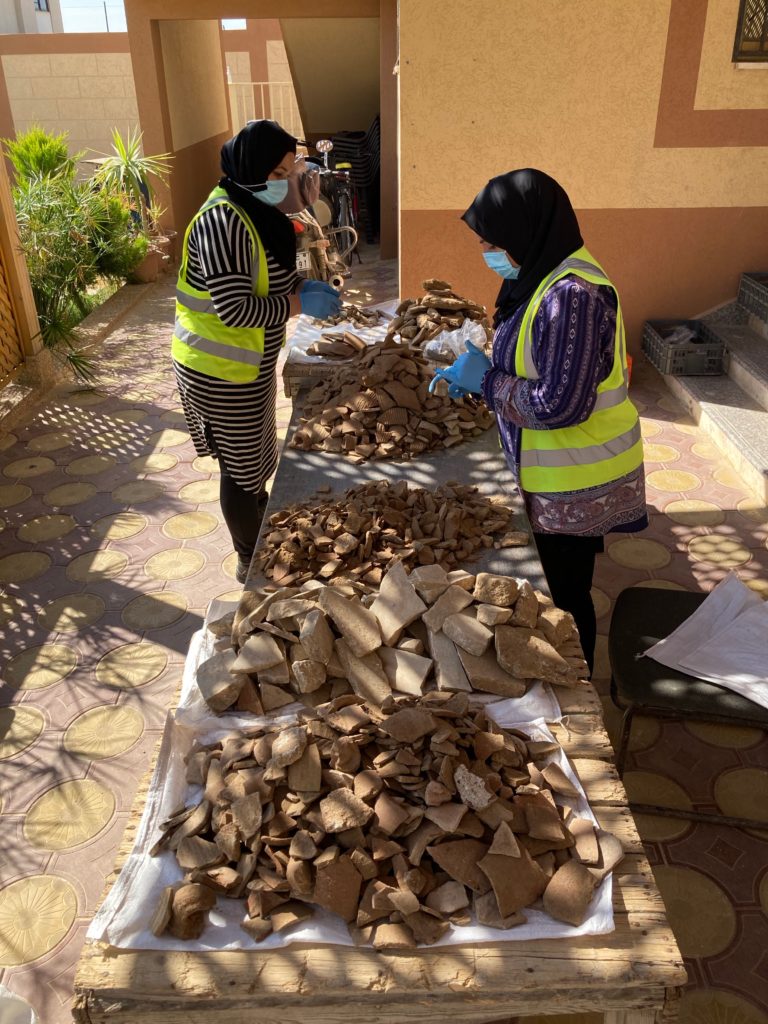 Fig. 9: The team sorting the furniture from the boreholes. 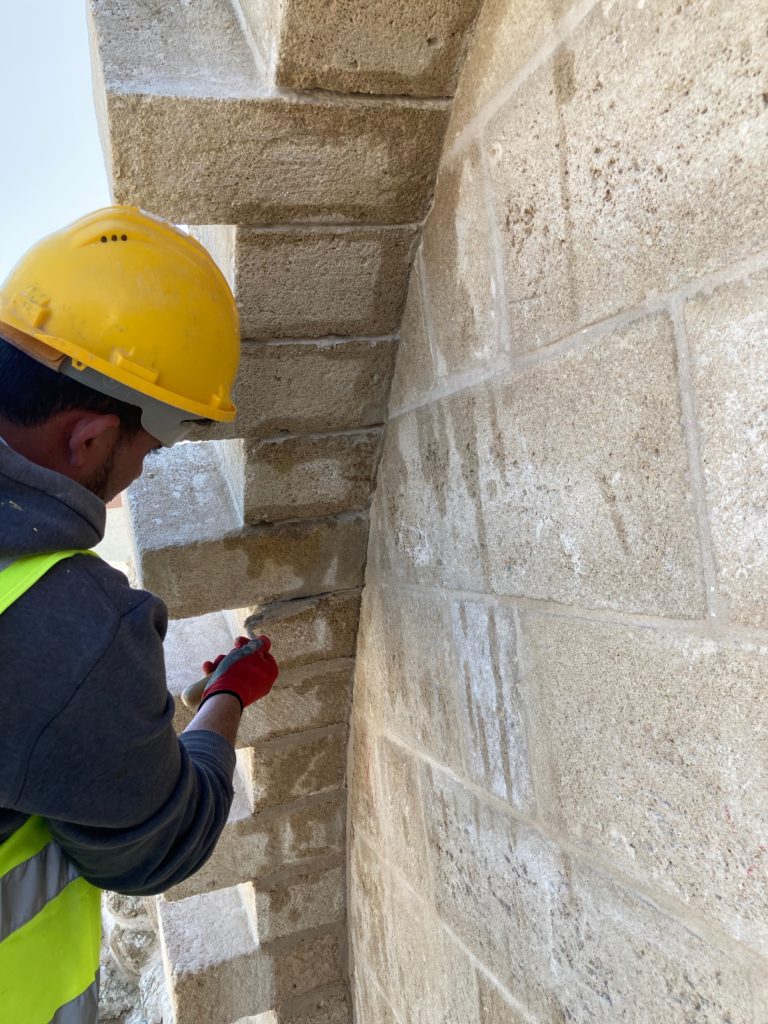 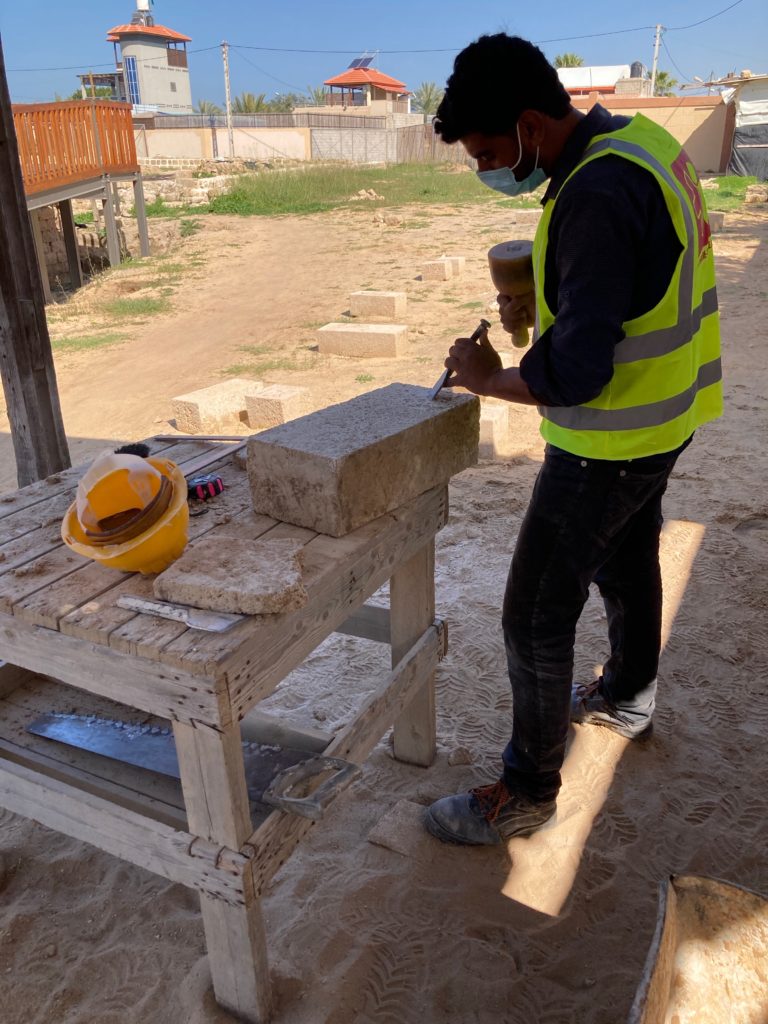 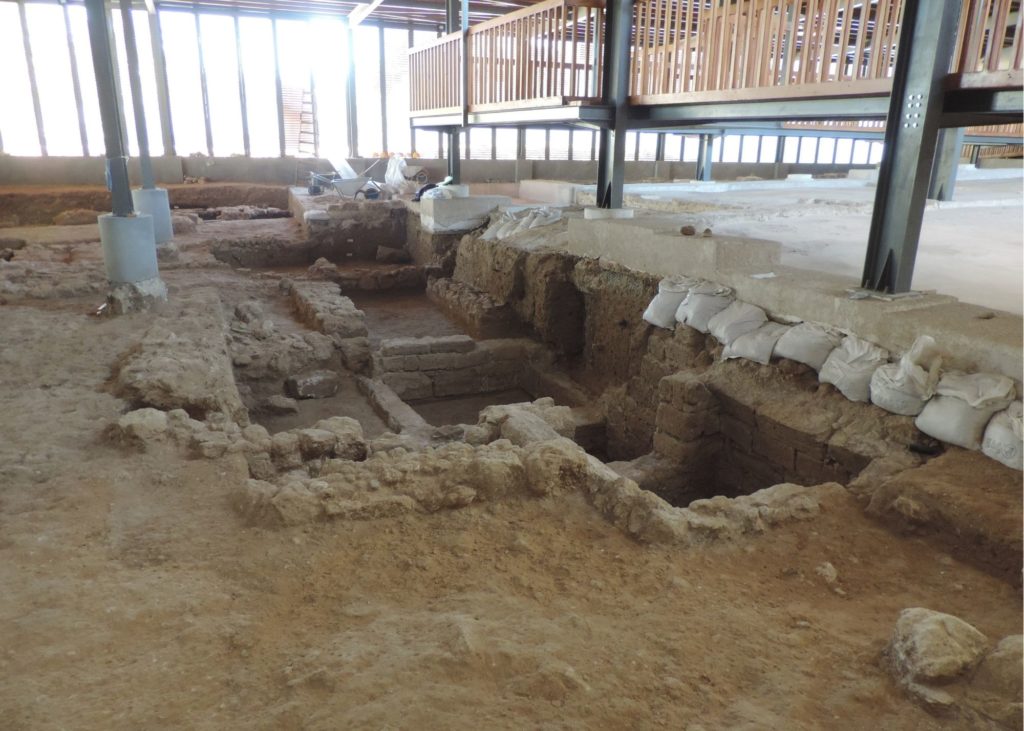 Fig. 15: View from the south of the Jabalyah clearings.