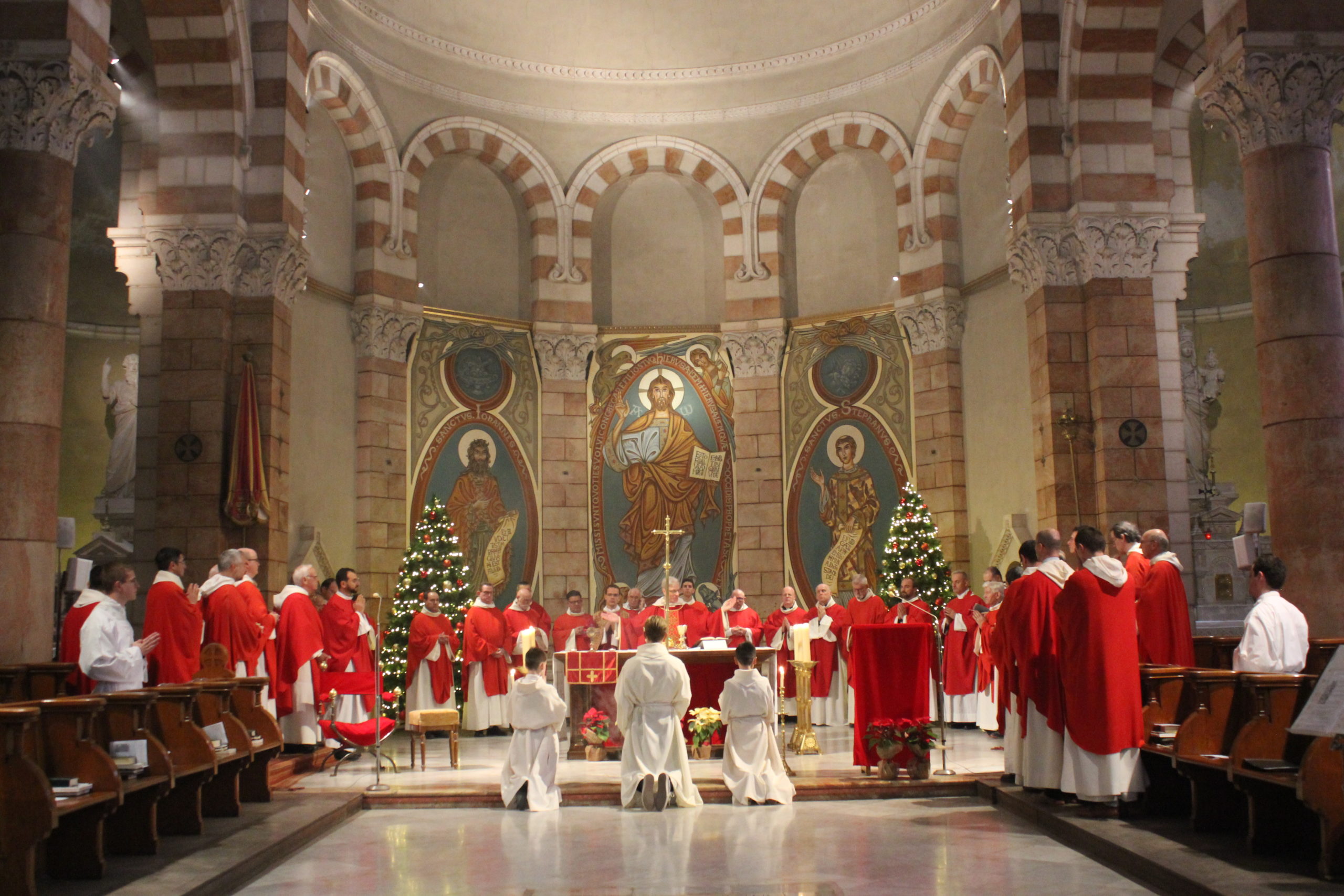 According to a custom that goes back to the École’s founding, the community of Dominicans and students solemnly celebrated the feast of St. Stephen on December 26th.

The Mass, called “consular”, was presided over by the Prior, Fr. Martin Staszak, accompanied by the director of the École biblique, Fr. Jean Jacques Pérennès, and the friars of the community, in the presence of Mr. René Troccaz, Consul General of France in Jerusalem.

Among the many friends and guests present were our friend Jean Guéguinou, former Consul General of France in Jerusalem and President of the Association of Friends of the EBAF, and Mr. François Delattre, Secretary General of the Ministry of Foreign Affairs. After a mass sung by our Christmas choir with great gusto, we all shared a glass of friendship. The cordiality of the day made it possible to forget the rather gloomy weather, but the beautiful days will return.