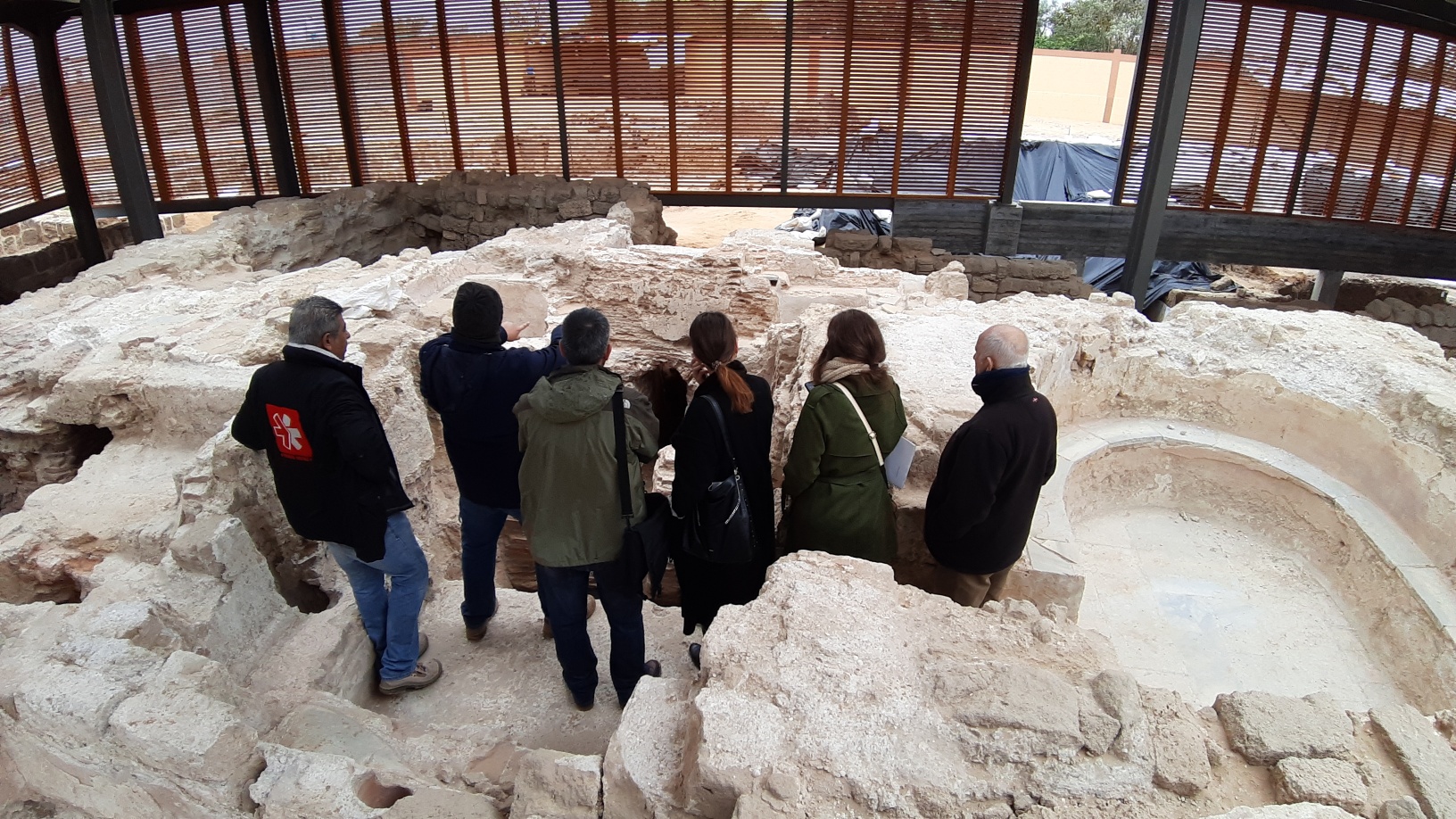 AN ASSESSMENT OF THE ARCHAEOLOGICAL WORK CONDUCTED IN GAZA

Jean-Baptiste Humbert OP went to Gaza on Monday and Tuesday January 20th and 21st to welcome the mission to monitor the restoration of archaeological sites in Gaza, under the scientific authority of the École Biblique.

At the end of the two years (2018-2019) of the restoration project in Gaza of the two Byzantine sites of the ecclesiastical complex of Mukheitim and Umm el-Amer (monastery of Saint-Hilarion), an assessment was necessary. A Spanish delegation visited the site on January 20th and 21st 2020 to examine the work. The project, which is a British Council project with a large budget, was entrusted to the NGO Première Urgence (Gaza) and to the École Biblique, which appointed René Elter, architect-archaeologist, to direct the restoration and enhancement of the sites. A new budget is envisaged which requires expert knowledge of what has already been done.

The Spanish Delegation in charge of the evaluation expressed its satisfaction with the importance and quality of the restorations. Some advice was given on how to improve the visits of large groups of cultural tourism reserved for Gaziotes who are not allowed to leave the Strip. It should be stressed how benevolent the Hamas Government is with this cultural effort, which compensates for the impossibility of carrying out excavations. Gaza being under blockade, the government is without financial resources and has no budget for an antiquities department. Any excavation is impossible at the great expense of heritage in a country with a galloping demographic explosion. The project to enhance the two Byzantine sites is now the only activity in the field of archaeology. It attracts, by contrast, a lively curiosity from the population.

A meeting was also held on the site with specialized workers and archaeology students from the university to assess the quality of the internship they are receiving over the long term. Indeed, the project does not only concern the restoration of the ruins but has required training young men and women in modern building trades with the construction of the visitor centre, wooden footbridges and large openwork shelters to shelter the sensitive remains; teaching them the trades of restoration, consolidation and reconstruction of walls, stone cutting, surveying, mosaic treatment and laying. The masterpiece of which the whole team is very proud is the restitution, with ancient methods and means, of a stone vault, directed by Florent Périer. 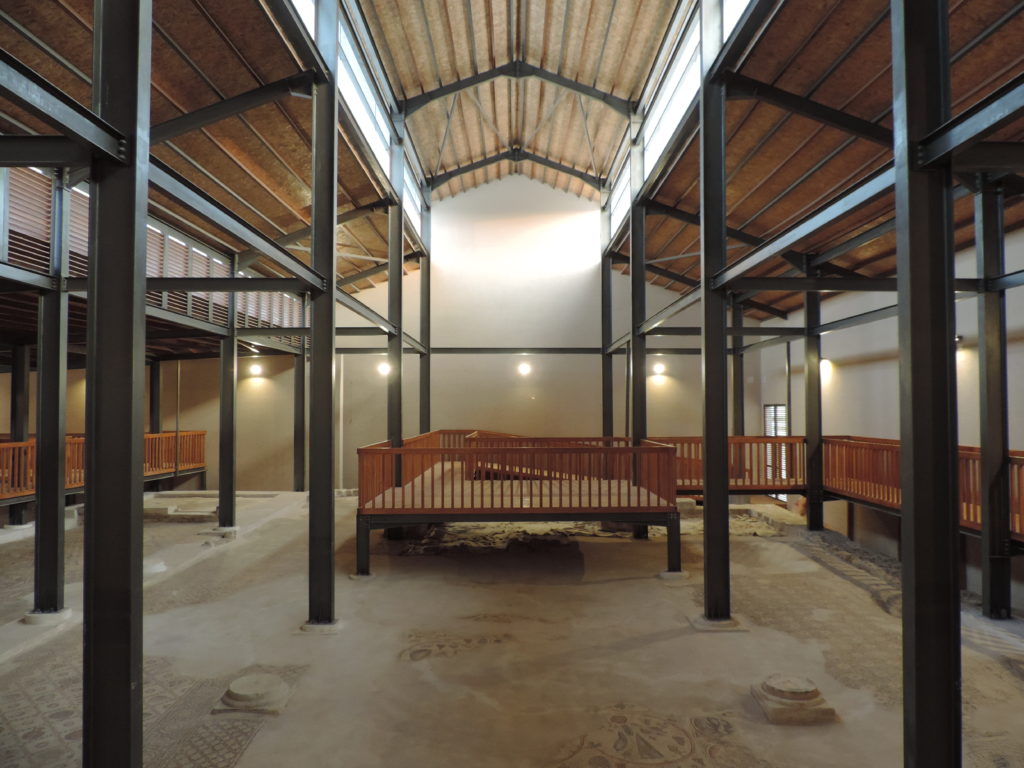 Shelter on the site of Mukheitim 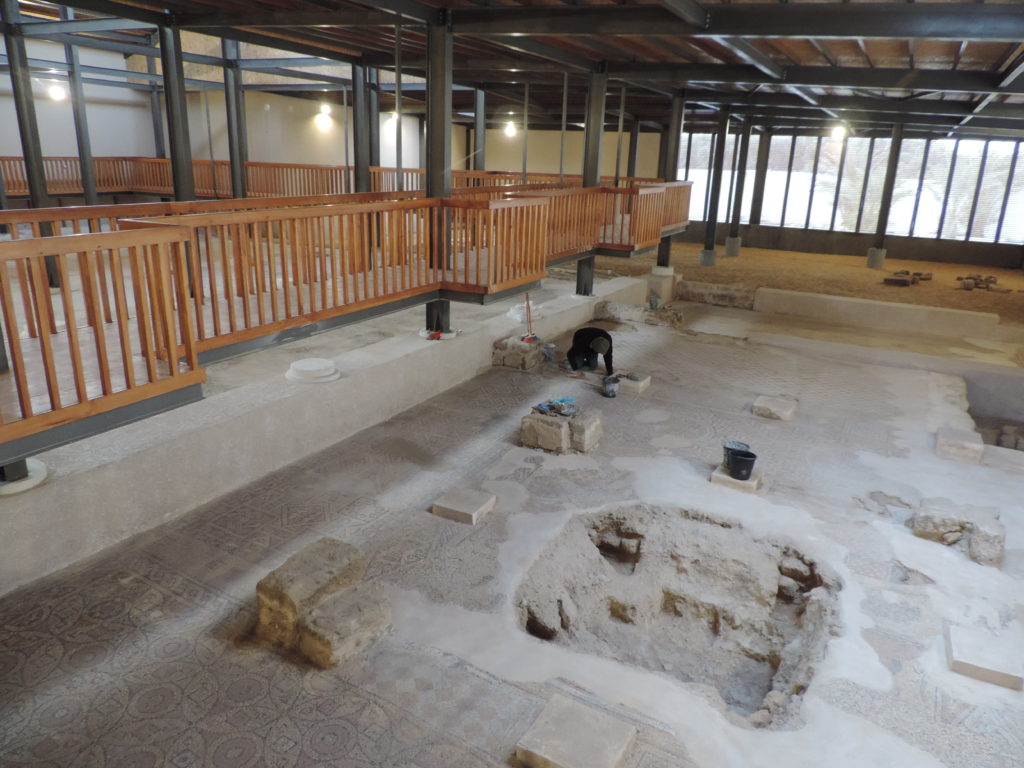 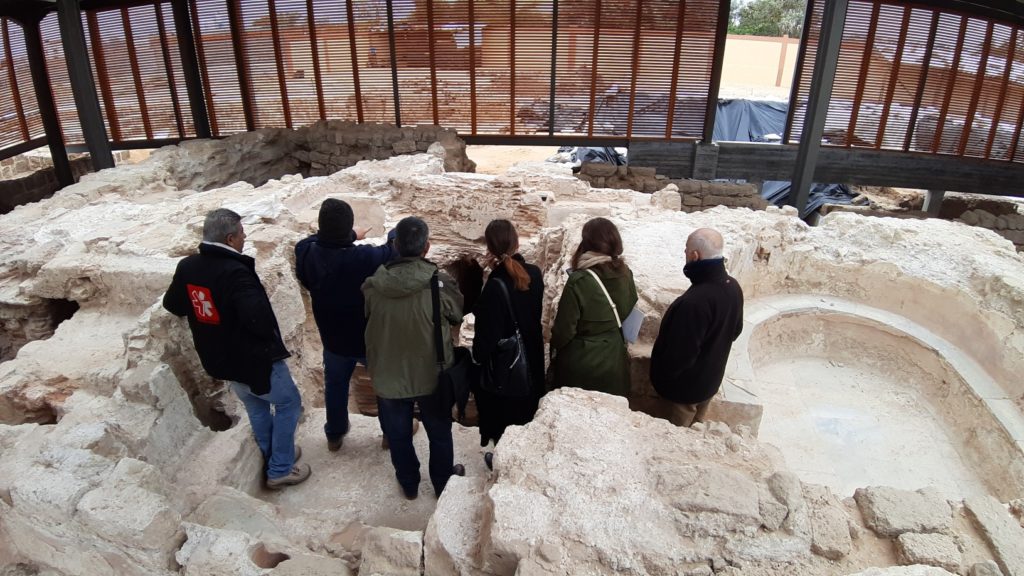 The Spanish delegation and Jean-Baptiste Humbert o.p. visit the site of Umm el-Amer (monastery of Saint-Hilarion)

One of the mosaics of Mukheitim