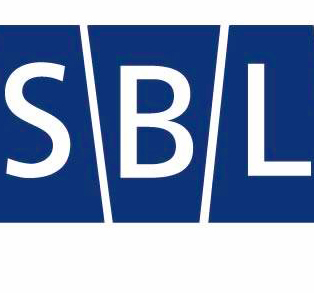 August in Berlin : Ecole Biblique at the Society of Biblical Literature Ecole Biblique was well represented at this year’s SBL International Meeting. Three of the faculty members (Gregory Tatum, Anthony Giambrone, Łukasz Popko), a professor emeritus (Émile Puech) and a doctoral student (Nina Heereman) spent five days, 7-11 August, in Berlin. This presence had been encouraged by the main coordinator Bernd Schipper. The generous hospitality of the local Dominican priory was not less helpful.

Till now it has been the most numerously attended international meeting of the Society of Biblical Literature, with 1,200 participants. A particular occasion of the 500 years of Martin Luther’s 95 Theses inspired a panel proposed by the professors of the Ecole: Justification beyond the Reformation Debates. During that session Gregory Tatum gave the main paper “A Participationist Eschatological Reading of Justification in Galatians, Philippians, and Romans” followed by the responses by Mark Elliott (St. Andrews University) and Douglas Campbell (Duke University). It attracted such a number of auditors that some of them, having no place in the room, were forced to listen to it from the corridor. Émile Puech received a particular invitation to share his scholarly and personal experience during a ‘fire chat’ meeting. Anthony Giambrone participated at Study of Historical Jesus section with his metahistorical analysis “Die größte Tat der deutschen Theologie”: Schweitzer, Lagrange, and the German Roots of Historical Jesus Research. At the Septuagint Studies Section Łukasz Popko gave his paper There and back again. Hos 6:11 in the LXX, MT, and Modern Scholarship as a Case Study in which he tried to question the criteria which made the modern scholars to bracket the traditional text. Nina Heereman shared some main findings of her extensive doctoral dissertation in the paper:‘Where is Wisdom to be Found?’ Rethinking the Song of Song’s Salomonic Setting. The Royal Road to Allegory.

Besides being an occasion for an intellectual exchange, the SBL meeting provided us an opportunity of meeting dozens of old friends and those scholars who spent at least some time at the Ecole. We could happily experience that these two categories merge quite often.