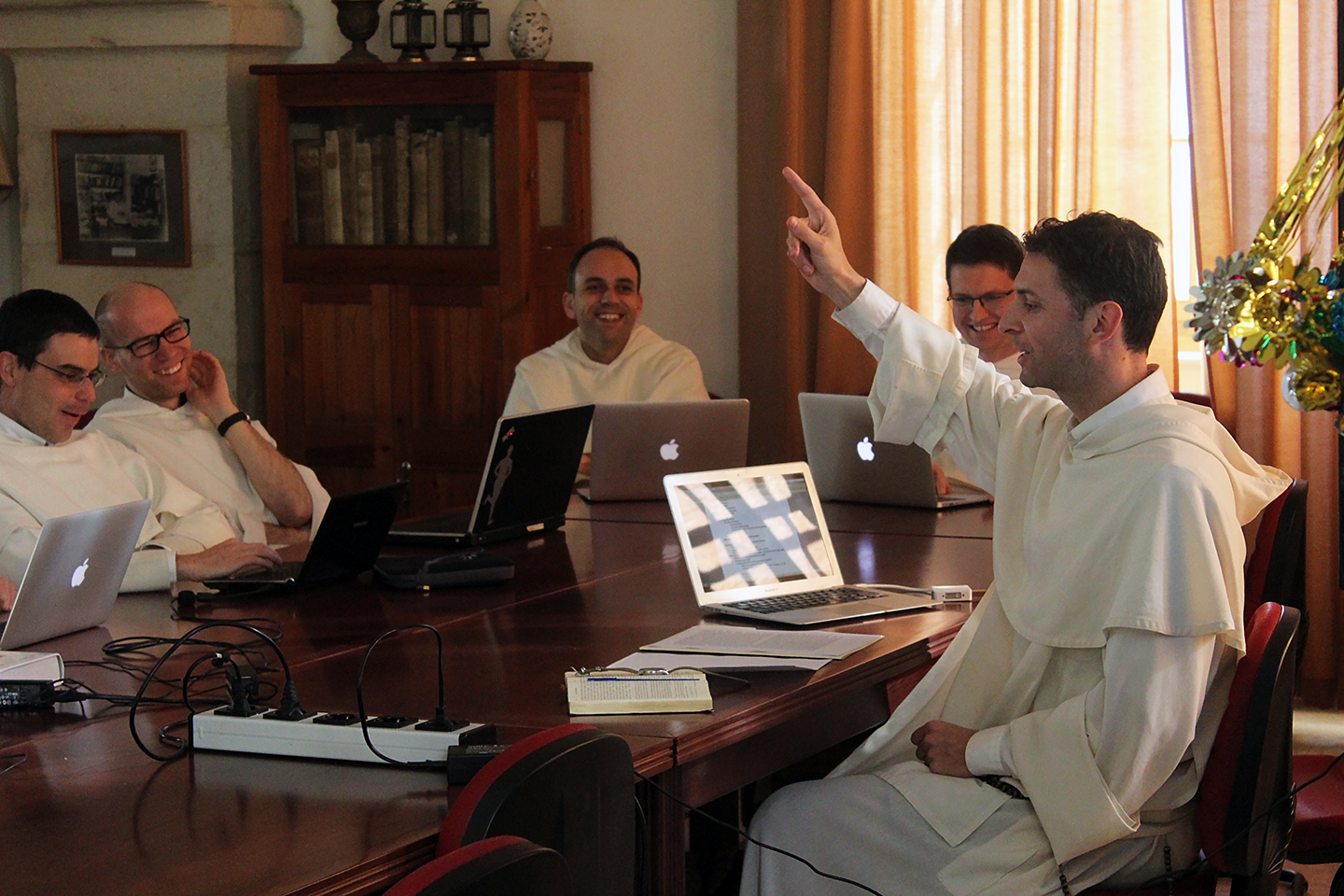 THE CREATION OF A NETWORK OF DOMINICAN UNIVERSITIES

The Master of the Dominican Order, fr. Gerard Timoner, op, accompanied by the Socius for Intellectual Life, fr. Pablo Sicouly, op, were visiting the École Biblique this week. The visit was an opportunity for many friars to meet the Master of the Order, but also to learn more about the project of creating a network of Dominican universities during a discussion with fr. Pablo:

“The last General Chapter of the Order in Vietnam asked the Master of the Order to create a network of Dominican universities. This network was created a few days ago and includes universities, faculties and scientific research institutions such as the École Biblique or the Leonine Commission¹. We hope that this can mean collaboration between institutions: exchanges of professors and students, recognition of credits [similar to European credits], and the possibility for Dominican friars to study through a system of scholarships.”

The Order comprises twelve universities, twelve faculties (mainly of theology or philosophy recognized by the Holy See and sometimes by the State), and several scientific research institutions. The aim of this network is to help and prepare the friars to become teachers after their studies; especially the friars coming from Asia, Africa and Latin America. The majority of professors and students come from Europe and North America and the creation of this network tends to develop the international and inter-cultural dimension of the Order’s institutions.

For example, at the Pontifical University of Saint Thomas Aquinas, the Order’s University in Rome, also known as the Angelicum: “75% of the students are not European. We feel that this openness to students and professors from all over the world is a richness.”

“The École Biblique is not only a faculty, since it is possible to do a doctorate, but also an institution dedicated to research, appreciated throughout the world, and we are convinced that it would be very positive to develop collaboration and relationships between the École Biblique and the universities through the exchange of professors, students and courses.

¹ The Leonine Commission, created in the nineteenth century, brings together a group of scholars responsible for the critical edition of the books of St. Thomas Aquinas.