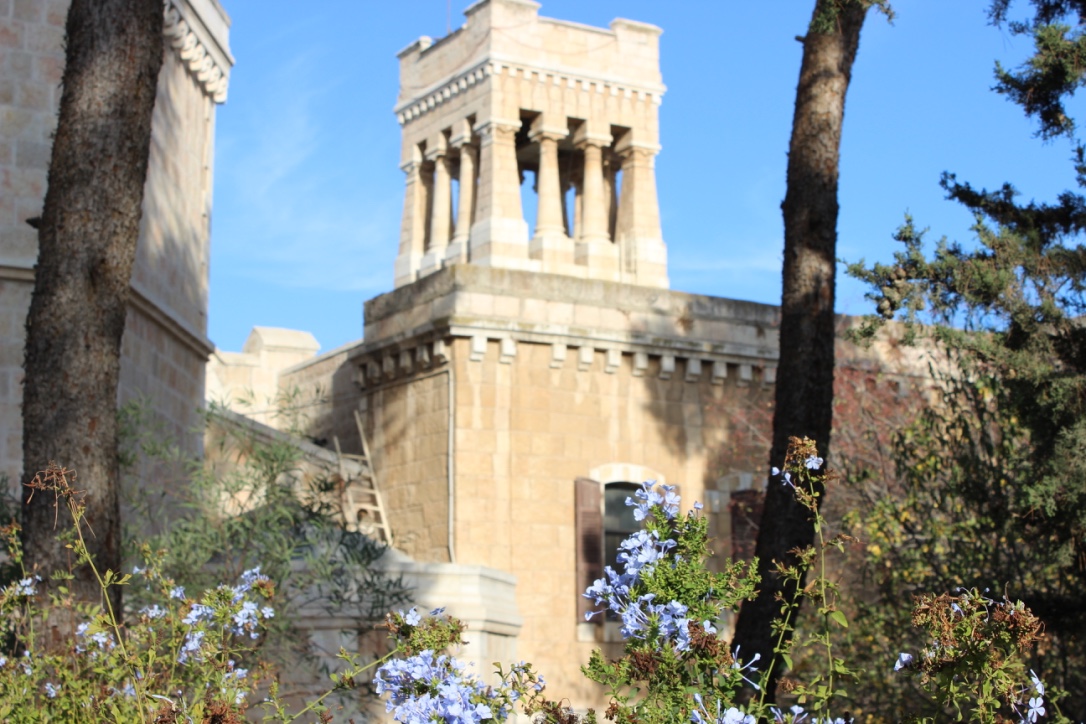 A visit from the President of the Canadian Friends

A professor specialising in the Qumran manuscripts, Sr Eileen Schuller OSU has been President of Les Amis canadiens de l’École biblique [Canadian Friends of the École biblique] since 2009. A few weeks into the new academic year, she paid us a visit. For more than thirty years, Sr Eileen has been coming to the École for her research on translations of certain Dead Sea Scrolls, notably the manuscripts of Hymns (Hodayot) found in Q1 and Q4 for those in the know. In the 1980s and 1990s, she worked over many summers at the École with Professor John Strugnell and Professor Hartmut Stegemann in preparing editions of the Hodayot. In 2013, she was Lady Davis Visiting Professor at the Hebrew University of Jerusalem.

A Canadian by birth, it was not long before Eileen Schuller met the Amis canadiens de l’École biblique (ACEB), founded in 1995 by William Klassen in order to provide financial support for the convent’s new library, which opened in 2001. This association, of which Sr Eileen has been director for eight years, had not stopped growing and modernising since its foundation. Indeed, now you can visit their new website!

“Beyond renovating the library, we had to discuss with Fr Ponsot OP, the then Director of the École, what exactly would be the role of our association. Our idea was especially to offer scholarships for Canadian students to come and study at the École,” explains Sr Eileen. Since 2003, thirty scholars, including doctoral and post-doctoral students and professors teaching in many different Canadian universities and colleges, have indeed been chosen by the association and welcomed at the École. “It is equally important for us to help these researchers and, inasmuch as the École in little known in Canada, for them indirectly to give it publicity upon their return,” explains the professor of Religious Sciences.

Among the beneficiaries there is a great variety of backgrounds and courses undertaken. The association has supported many Protestant students and, in 2014, Daniel Fisher, a Jewish researcher at the University of Berkeley working on the Ark of the Covenant. The scholarships have covered a wide range of study periods, from a simple month’s study to several years.

Academics and Religious finding common cause

Today, the association is directed by a team of twelve members from a wide variety of backgrounds and faith communities, both Catholic and Protestant, all of whom have some link with the École and desire to support its work. Les Amis canadiens sends out an annual mailing, consisting of its own newsletter and a copy of Nouvelles de Jerusalem, to over 250 people across Canada; these include all the Canadian Bishops as well as many past students, former scholarship recipients, and friends of the École. In 2005, some members of the administrative council travelled together to Jerusalem to see the new library at first-hand and meet the teaching team at the École. And in November 2017, a special event will be held in Toronto for the 70th anniversary of the discovery of the Dead Sea Scrolls!

When asked why she accepted the presidency of the ACEB, Sr Eileen explains that she has “greatly appreciated the opportunity to support a library [which I have] often used and which seems to me to be among the most perfect for studying the Bible in its country of origin.” “I am equally happy to be supporting doctoral students so that they might benefit from the École as it enables them to discover this country, even just for one or two months”, confirms Sr Eileen with a beautiful smile.