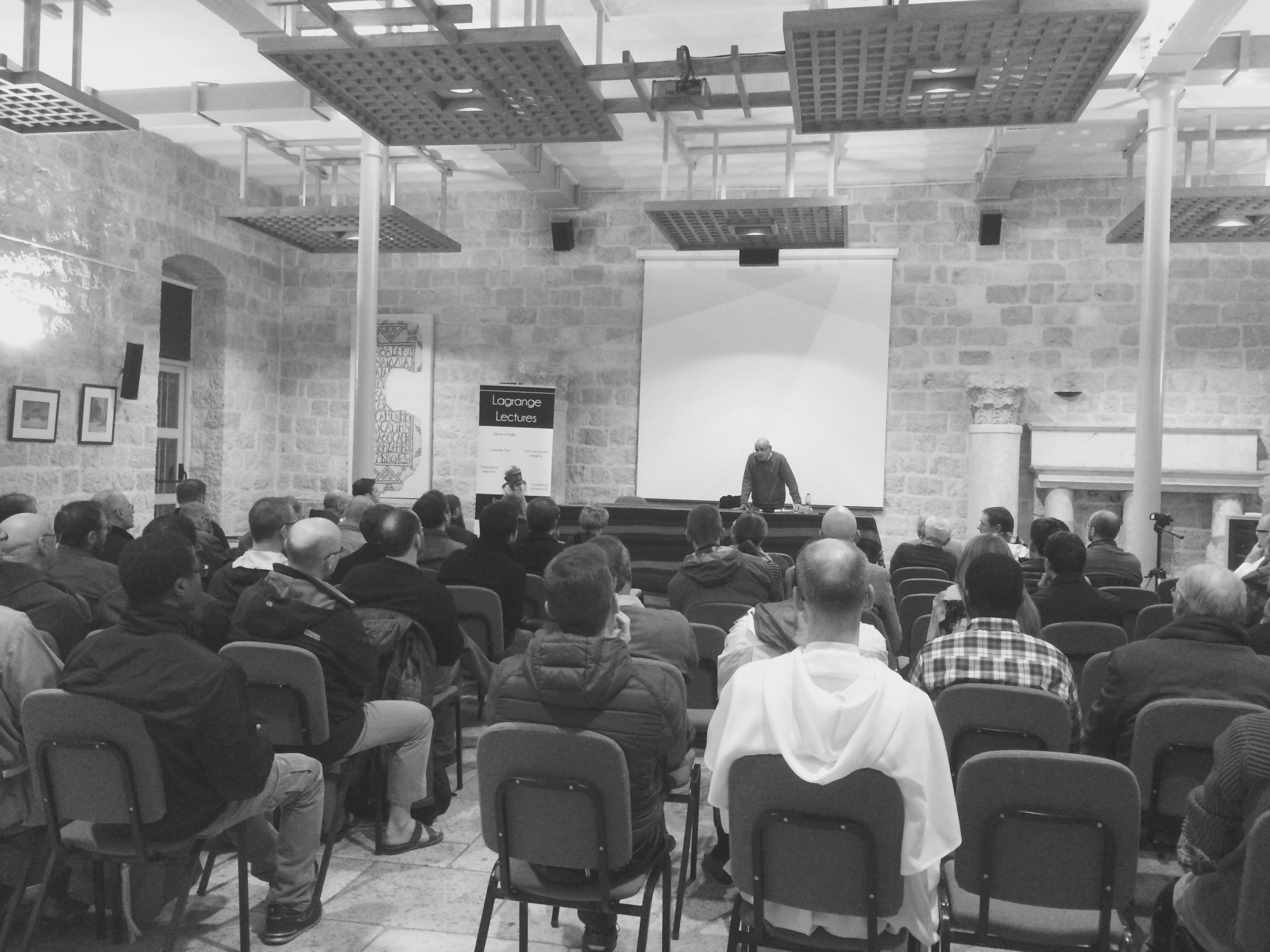 On February 21, Yair Zakovitch, professor emeritus at Hebrew University, delivered the first of this year’s Lagrange Lectures. The title of his talk was “On Love and Beauty: The Complex Relations between the Song of Songs and Biblical Narrative”. Having published extensively, both on the varied techniques of narration deployed in the Bible and on the Song itself—including the valuable Herder’s commentary on the book—the lecture topic represents an intersection of Prof. Zakovitch’s scholarly interests. It also represents the cusp of a new wave of Song scholarship.

For decades it has been customary—indeed nearly academic dogma—to isolate the literary traditions of the Song from wider biblical traditions, especially prophetic literature and the scriptural narratives recounting Israel’s story. Recently, however, some scholars have begun to press arguments for recognizing inter-biblical allusions in the Song, working to re-integrate this unique specimen of biblical love-poetry within a broader biblical thought-world. The presentation of Prof. Zakovitch belongs within this budding debate and provided a sneak preview of material that will soon appear in his forthcoming study: The Song of Songs: Riddle of Riddles (T&T Clark, September 2018). After carefully enumerating the many good reasons to acknowledge the real distance that separates biblical narrative from the Song, Prof. Zakovitch drew attention to multiple passages where the poem nevertheless displays subtle contacts with such traditions. He then systematically worked his way through narratives from Genesis to Esther, highlighting connections he also sees and moving in the opposite direction. Without weighing in on the direction of influence, the simple argument from quantity (he acknowledged making “risky” guesses at various points) means to advance the new paradigm and the thesis that no iron curtain should be erected between these two biblical corpora. Motifs, wordplays, and other subtle modes of thought are plausibly shared in common at multiple points. It is correct, in short—with all proper distinctions borne in mind—to think of a unified biblical mentality and to read the Song in this context.

At the heart of Prof. Zakovitch’s interpretation is a readiness to see a humorous, teasing spirit in the poetry of the Song. This is captured in the subtitle of his forthcoming work: Riddle of Riddles. If a certain rabbinical flavor colors this perspective, it was no surprise that in the question-answer session, he was ready to accept the “allegorical” orientation of the Song. While the talk was too short to expand on all the arguments that might be pertinent in this connection, he did promise that in the book he also addresses the all-important (and no less complex) relations between the Song and prophetic literature. Having just touched this whole important debate about the ultimate meaning of the Song during the doctoral defense of Nina Heereman in October, the École was delighted through this first Lagrange Lecture of 2018 to continue its engagement with the theme.

Please, find the Lecture thanks to this link.