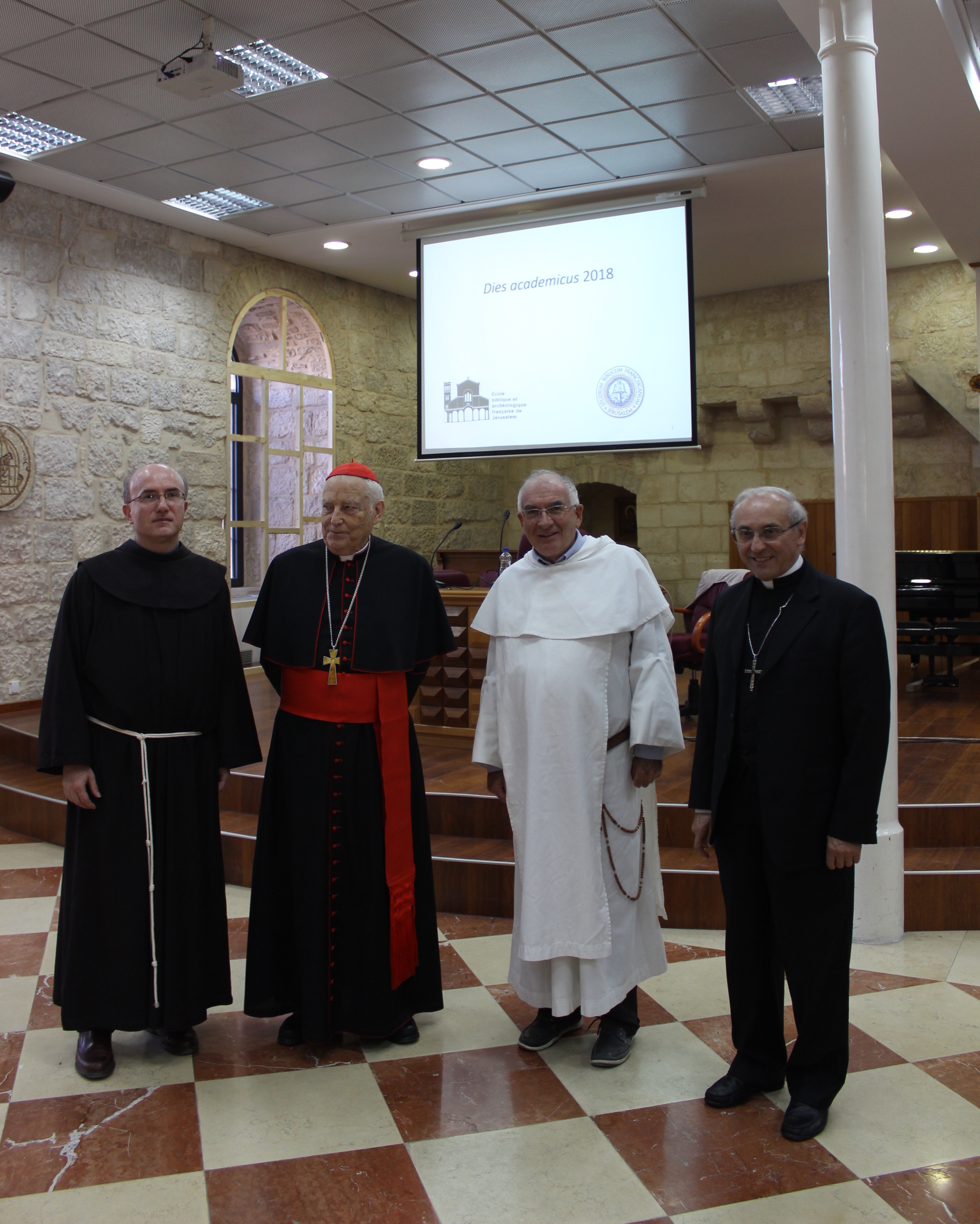 The dies academicus, official launching of the academic year

The École biblique et archéologique française de Jérusalem (EBAF) and the Studium Biblicum Franciscanum (SBF) this year once again jointly celebrated their dies academicus, the solemn opening of the academic year, which actually started at the beginning of October.

The Franciscans, who organized the dies academicus this year, invited Cardinal Zenon Grocholewski, former prefect for Congregation for Catholic Education, to offer the main lecture. It was under his responsibility as head of this dicastery, that the SBF was erected as a faculty of biblical sciences and archeology in September 2001. During his lecture, the cardinal highlighted several fundamental features of biblical research in the Catholic Church: faith, the use of a theological hermeneutic, research conducted with and in the Church, and finally devotion to the Magisterium.

Fr. Rosario Pierri, o.f.m., and Jean Jacques Pérennès, o.p., Dean of the SBF Dean and EBAF Director, then offered updates about their own respective institutions. The Director of the École highlighted the choice of the EBAF to privilege research and strive for a new level of excellence that, besides the different professors’ personal work, can be seen through several new initiatives: the development of the Bible en ses traditions (BEST) research program, the creation of a more structured and comprehensive doctoral seminar for the PhD candidates, the Lagrange Lectures, which invite front line biblical scholars to speak on their latest research, and the organization of conferences, such as the recent one about Steve Mason’s book: A History of the Jewish War.

The Franciscans also used this event, which drew a large number of students and professors, to honnor the late archeologist Michele Picirillo, o.f.m. (1944-2008), and to present the work in progress of a new museum of archeology within the walls of the Flagellation friary, the two magnificent first rooms of which were unveiled few months ago. Next year, dies academicus will take place at the École biblique.