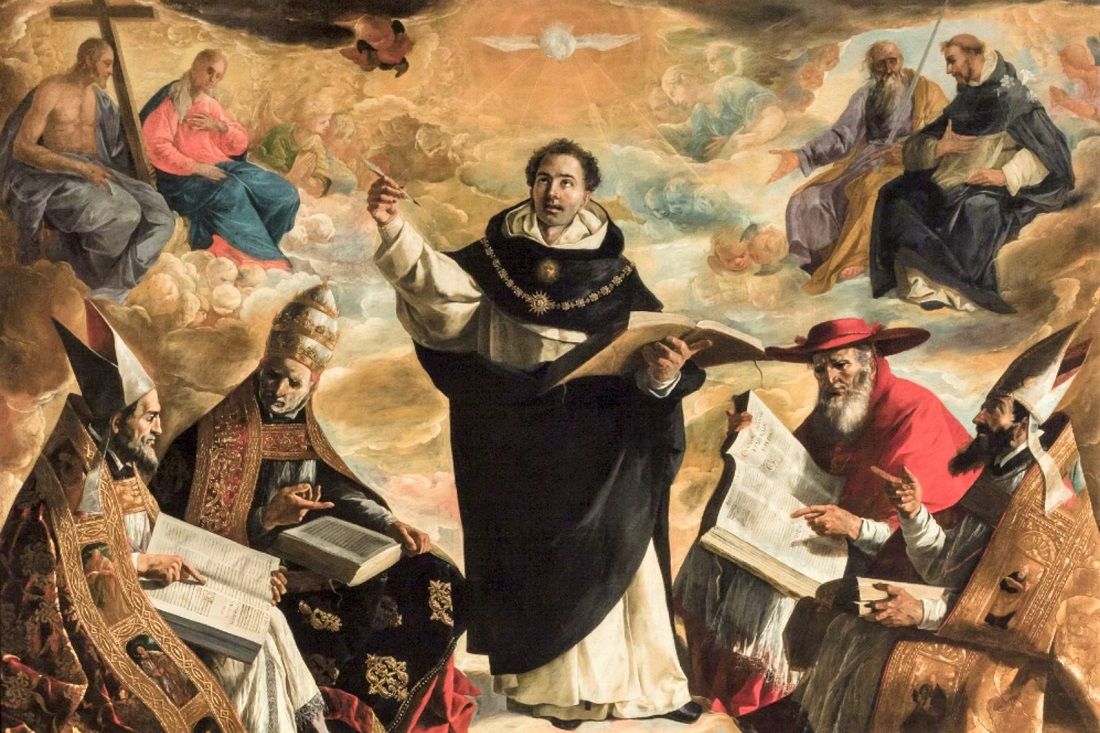 The recent release of prof. Olivier-Thomas Venard’s book on Aquinas and Scripture gave Professor Cyril O’Regan, the Catherine F. Huisking Chair in Theology at the University of Notre Dame (IN), the opportunity to meditate at length on new possibilities to bring theology and biblical studies together.

I would like to begin with a very general dilation on the theological achievement of the Dominican Oliver-Thomas Venard, rendered in his trilogy of Pagina Sacra, La Langue de L’Ineffable, and Littérature et Théologie, and brought to the attention of Anglophone theology by the translation efforts of Francesca Murphy and Kenneth Oakes in their A Poetic Christ: Thomist Reflections on Scripture, Language and Reality (Bloomsbury, 2019). The substantial 500 page anthology still represents only a third of the trilogy. Yet, even in translation, the trilogy comes across as breathtakingly beautiful, not only because in large part it manifests the capacity to bear with and to bear the effects of glory rendered by the biblical text, but also repeats at a distance a particular style of theology which, despite its theoretical sophistication, or precisely because of it, remains constantly in conversation with scripture. For Venard, the figure of figures is none other than Thomas Aquinas. I will shortly provide a sketch of Venard’s unusual figuration of Aquinas, but before I do, it is important to note that while it is true that Venard is anxious to establish the aesthetic register of scripture and the copious theological production of Aquinas, he wishes to go a step further in speaking to both as forms of poetics: scripture and the theology of Aquinas bear an analogy to each other in that both are forms of enunciation that brazenly deploy all available linguistic and rhetorical resources to render the Word which by definition represents the coincidence of the act of enunciation and the content.

The newly published translation makes us appreciate, even more than we did in the French trilogy, the level of sophistication displayed in Venard’s hermeneutics. With regard to scripture, the philological performance is a match for the very best that one can find in German, while being vastly more knowledgeable in the history of interpretation, Patristic and medieval as well as modern, as well as being considerably more theoretically adept in its mastery of semiotics, ancient, medieval and post-Saussurean. Yet beyond its singularity, Venard never forgets that the finality of scripture is transformation, and he dares to think that this is also the aim of the most intellectually rigorous forms of Christian theology of which Aquinas represents an exemplary instance. Venard is not remotely interested in coming across as an original. Thus, when we read him on either Aquinas or scripture, he will also acquaint us in the notes, without burdening his main text, with all the available scholarship in all the main languages of commentary. Venard does the Anglo intellectual world a particular service, however, by drawing attention to the marvelous French scholarship on both. He introduces us to marvelous biblical commentators such as François Martin, Jean Grosjean, Oswald Ducrot among a host of others. With regard to French scholarship on the Bible he draws particular attention to discussions on the relation between the Gospel of John and the Synoptic Gospels, which appear to be on an entirely different level than similar discussions in the German and English literature in terms of the theoretical apparatus deployed.