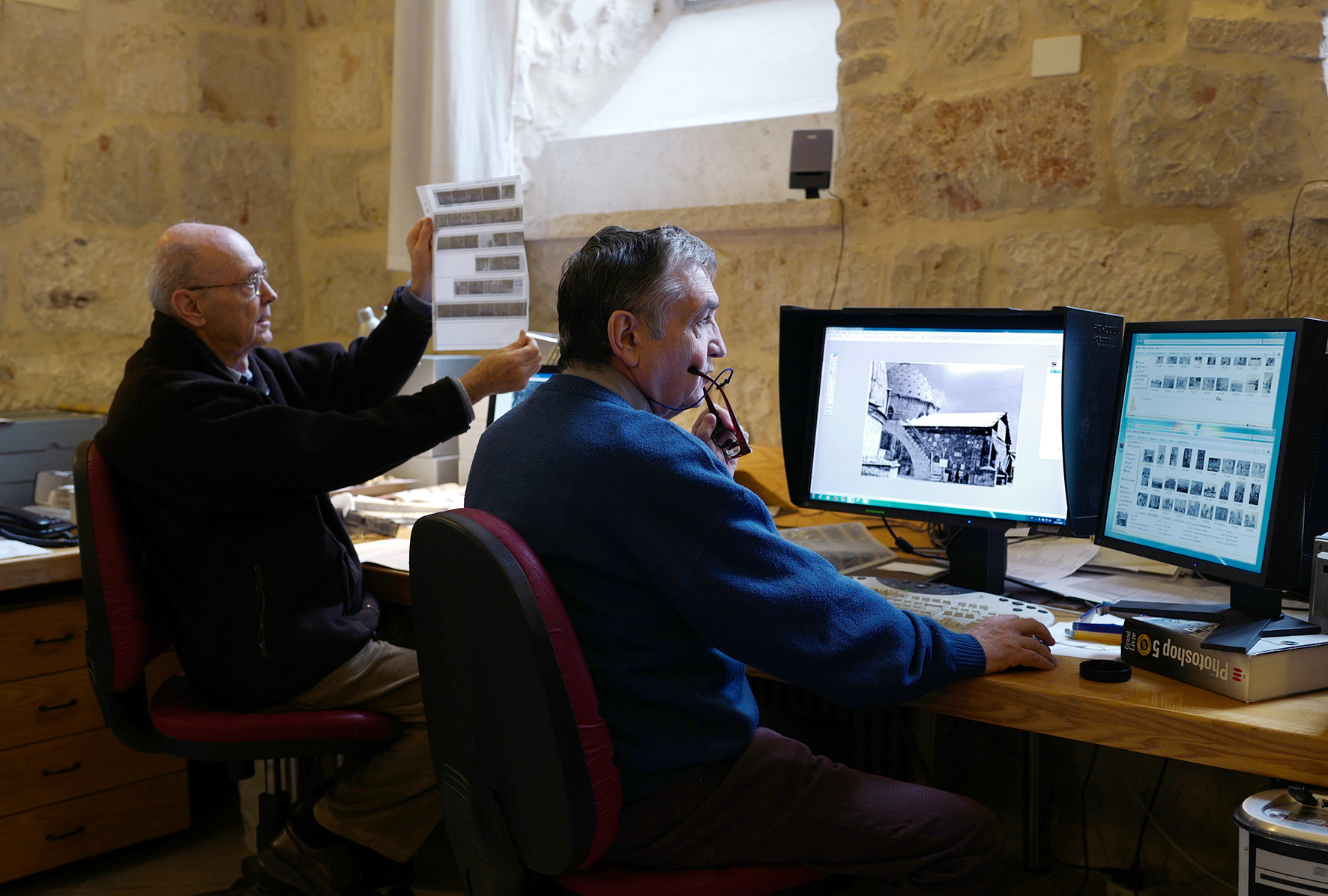 Serge Nègre, a regular visitor of ours!

Serge Nègre, a former nurse and inveterate photographer, returned once again to the École Biblique in July. The creator more than 30 years ago of the Arthur Batut Museum, which gathers a collection of photos from the end of the 19th century (so contemporary with most of the photos taken by the first brothers of the Ecole biblique), he comes about twice a year to work with Br. Jean-Michel de Tarragon, o.p., at the École’s library of photographs.

Although his first trip in the country dates back to 1972, it all began more seriously when Serge came to visit the Priory of St Stephen with his wife during a visit to Jerusalem in 2003. They encountered Br. Jean-Michel by chance and were able to discuss their common passion, photography, and therefore the École’s photograph library and the conservation of the photographs. Serge came back a few months later with antacid boxes and other conservation equipment, and began to help Br. Jean-Michel to scan and protect the photographs and prepare them for various exhibitions.

The arrangement is now as follows. Jean-Michel de Tarragon chooses the photos for the exhibitions and Serge from his home or from Jerusalem, takes on himself   the part between photography and computer science: scanning, processing, retouching. From time to time he also goes to the excavations with our team of archaeologists.

In short, it is thanks to Serge and his nimble fingers that our readers can regularly admire, through our monthly letter, the photos of the first brothers of the École!