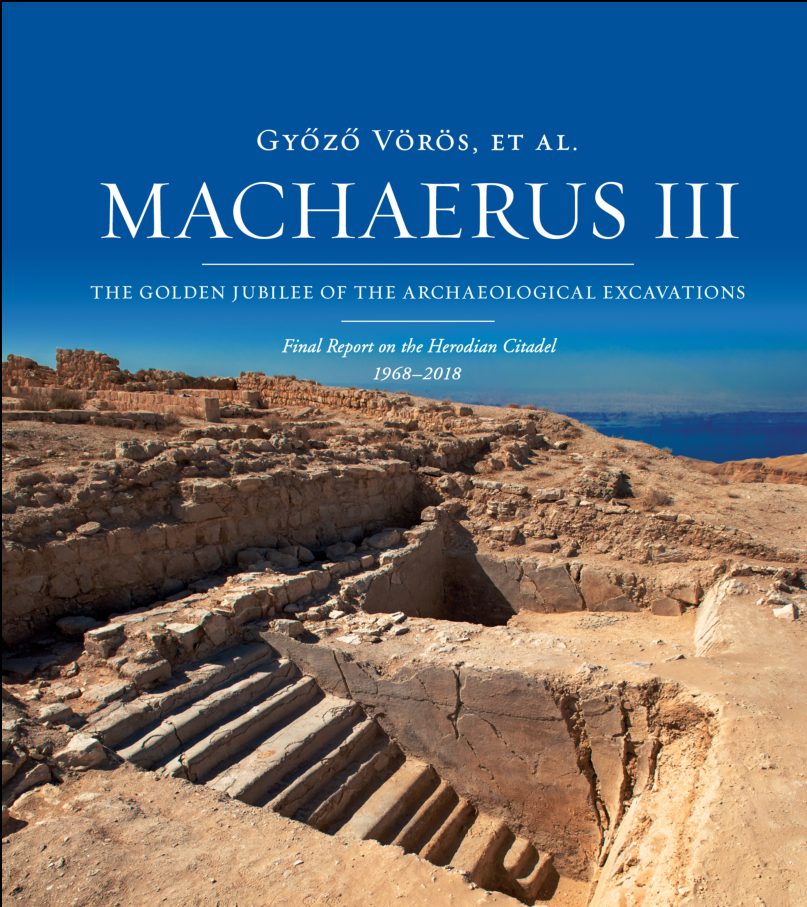 PUBLICATION OF THE THIRD VOLUME OF MACHAERUS

The Hungarian mission of the Budapest Academy of Fine Arts is carrying out archaeological excavations in Machaerus under the direction of Gyözö Vörös. Machaerus III. The golden Jubilee of the archaeological excavations. Final report on the Herodian Citadel 1968-2010, Studium Biblicum Franciscanum, Milan, 2019, is the result of the third excavation of the Jordanian site. Gyözö Vörös called on the expertise of the researchers at the École biblique.

The archaeological site of Machaerus arouses lively interest, because it is where John the Baptist would have been locked up and beheaded under Herod Antipas. Machaerus is also the only major Jewish fortress outside Palestine, located in the Transjordan, overlooking the Dead Sea. Built by John Hyrcanus, it was Alexander Jannaeus’s palace, and was destroyed by the Nabataeans and then rebuilt by Herod the Great.

The third excavation uncovered a Jewish ritual bath in which a batch of pottery was collected. Gyözö Vörös asked Brother Jean-Baptiste Humbert OP to publish a chapter on the discovery. Brother Jean-Baptiste OP untrusted Louis de Lisle and Manon Saenko, members of the École biblique’s team which has been working in Jordan for years. The two young researchers were entrusted with the restoration of the pottery. Finally, Brother Jean-Michel de Tarragon OP provided the photographic documentation.

Study of the bath’s pottery shows that the dishes discovered belong to the time of Herod Antipas’ reign. A significant portion of the pottery indicates that the Roman army probably occupied the fortress of Machaerus after 72.