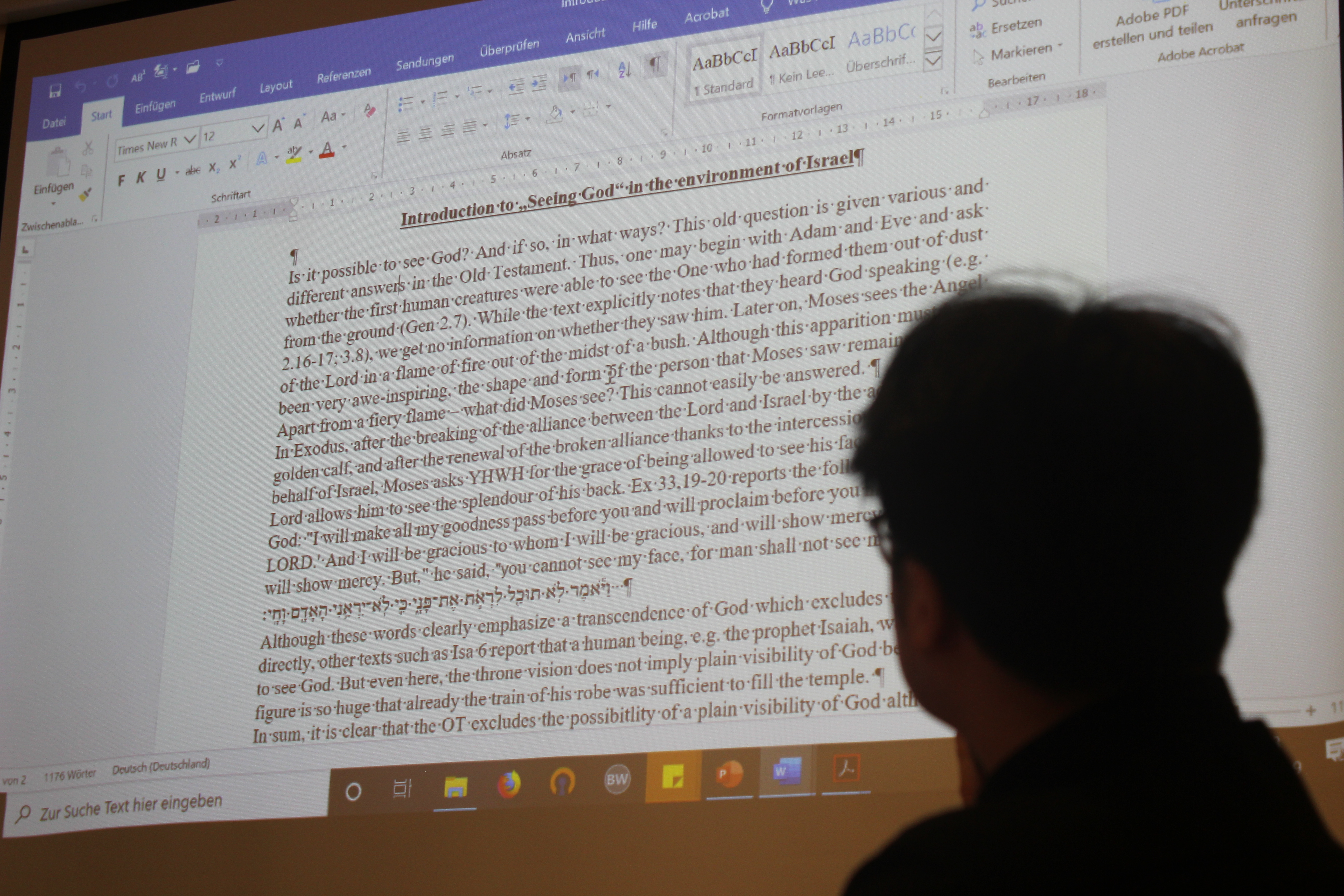 RESUMPTION OF THE DOCTORAL SEMINAR

Doctoral seminars have resumed at the École Biblique. The three doctoral students participating in this year’s programme – Jose Rafael Reyes Gonzales OP, Cristobal Vilarroig Martin LC, and Silvano Yim, will follow four courses throughout the academic year. On the agenda: two domains related to the Old Testament and two others to the New Testament.

Another first semester seminar, entitled “Seeing God / Voir Dieu”, is facilitated by Łukasz Popko OP and Paul-Marie Fidèle Chango OP. Several verbal formulations of the Old Testament sometimes have the human being as their subject and the divine sphere as their complement. This course will provide an opportunity to identify not only the textual roughness but also the literary complexities of the different descriptions of visions that appear in relation to God’s self-expression. It will also show students how the translators of the texts studied in class understood the reflections developed on anthropomorphism, Jewish aniconism and God’s invisibility in the context of the ancient Middle East.

In the second semester, doctoral students will meet Fr. Łukasz Popko and Fr. Paul-Marie Fidèle Chango for the seminar “Tracing Creations”. Pursuing a dozen specific sub-themes and having research requirements that implement ancient texts and Greek, Latin and Masoretic textual traditions, professors and doctoral students will examine the implicit and/or explicit Old Testament clues of the biblical conception of creation.

Anthony Giambrone OP will present “The Origins of Christological Monotheism”. “Christological monotheism”, a term used by the ‘’Early High Christology School’’ to name the efforts of the early Christians to articulate the divinity of Christ within the framework of first century Jewish monotheism. This seminar will be based on biblical and Jewish literature as well as the Greco-Roman context of the early days of Christianity. A special place will be given to the creation of the world through the Logos, which can be seen as a Jewish kind of ancient philosophy.