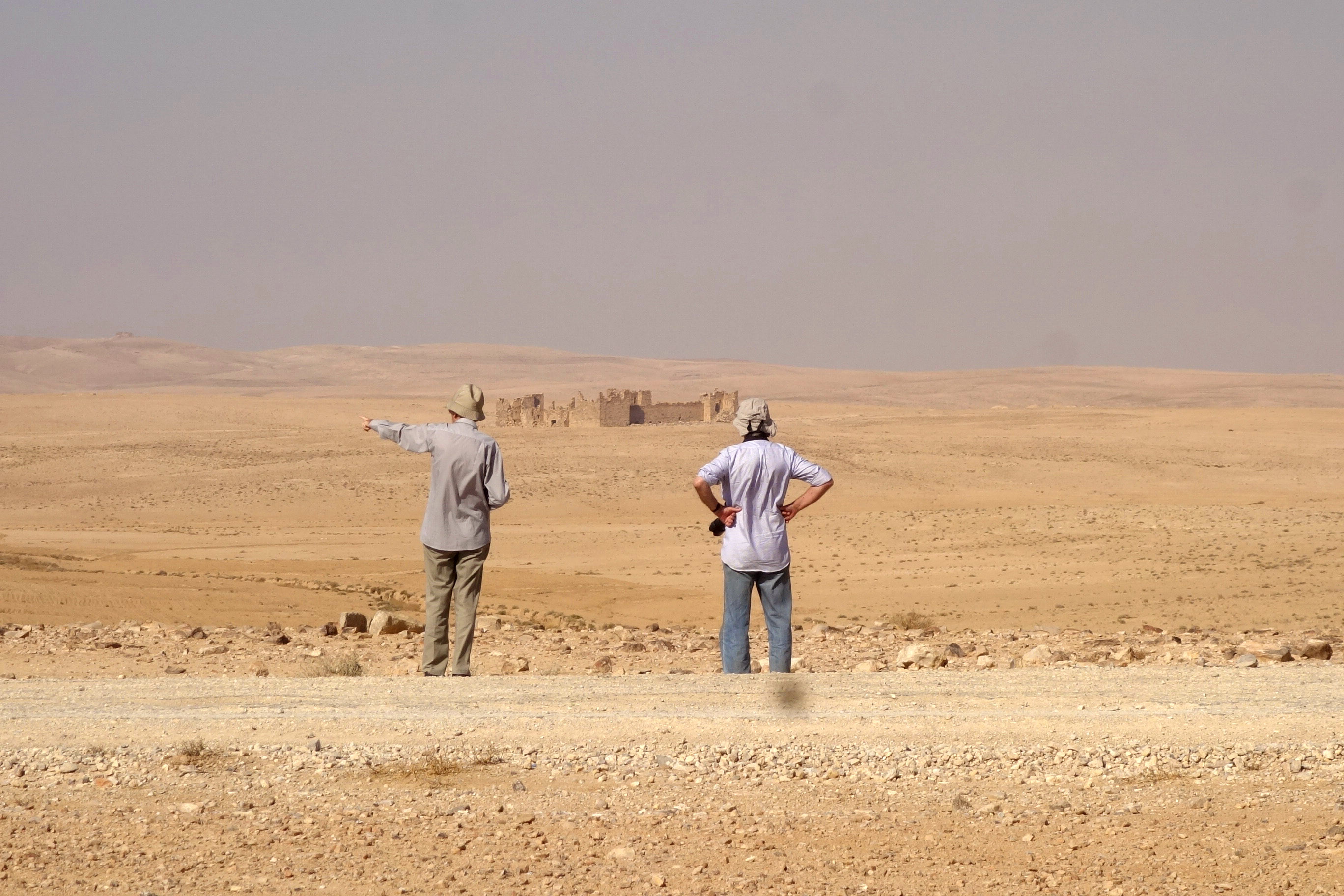 On November 9th, our archaeologists visited the Qsar al-Bshir site (Jordan). They took some videos of the Nabataeo-Roman fortress of the 3rd century AD.

Qasr al-Bshir (formerly Mobene), located in the Moab steppe of present-day Jordan, belongs to a line of 3rd century AD forts located on the eastern border of the Roman Empire. It was intended to protect the Roman province of Arabia from nomadic populations. It is one of the best preserved forts of this period. An inscription still in place above the front door mentions the two Augusti and the two Caesars of the first tetrarchy: Diocletian, Maximian, Galerius and Constantinus Chlorus. It can therefore be dated to the years 293-305. The Nabataeans were probably the first to found this place, even before the turn of our era. The Roman fort, about 50 metres wide, was probably abandoned in the 5th century and perhaps reused in the Umayyad period. The barracks located along each wall had two levels and thus reached the parapet walk around the ramparts. Each corner tower was more than 10 metres high.

About 600 metres to the west, a large pool measuring about 60 m by 45 m (visible at the beginning of the video) provided soldiers with an abundant water supply, especially for horses. Water was collected during the rainy season through a dam located in the adjoining wadi.

A few kilometres to the north is a well-preserved Moabite Iron Age tower (visible at the end of the video).