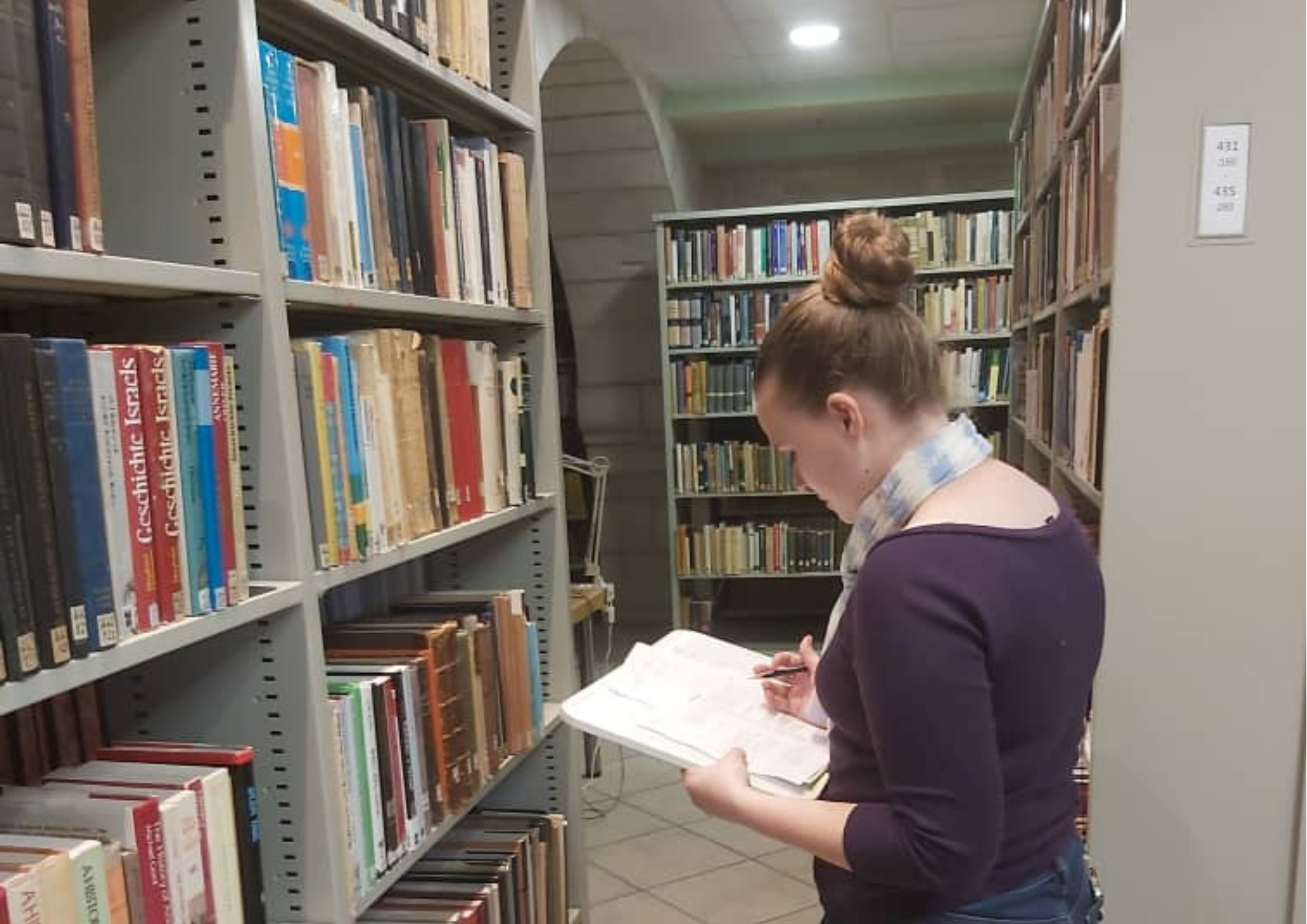 GENERAL INVENTORY AT THE SAINT-ETIENNE LIBRARY

The library is starting a general inventory. Since November 4, a team of six people has begun a total inventory of the Saint-Etienne library.

Fr. Bernard Ntamak Songue, the new EBAF librarian, is part of this team. A Dominican from Cameroon, he studied biblical studies at the Catholic University of Louvain in Belgium and is a specialist in the Old Testament. He then followed a training in librarianship at the Bibliothèque Nationale de France, at the Bibliothèque de Saulchoir in Paris and at Médiadix in Nanterre. He joined the School after having been prior of the convent of Douala and having taught the Holy Scripture at the major seminary and at the Catholic University of Douala. He was also for a long time chaplain for the students and national chaplain of the Rosary Teams of Cameroon.

After a month of preparation to ask professors, students and researchers for the return of their borrowings, the library’s inventory began a few days ago. This workcamp consists of making a physical and digital inventory of the 91,000 books, 4,200 periodicals and 500 cards in the library. The team’s work will make it possible to determine which books have been lost, misplaced, or in poor condition, but also to choose future acquisitions to enrich the current collections. 3680 books have already passed through the hands of the team during the first 3 days of the project.

This inventory project is one of the three main operations in the history of the library with its move to the current site in 2001, and the migration of its database to Koha in 2008.

The library’s last invetory took place in 2013, but it was only partial.