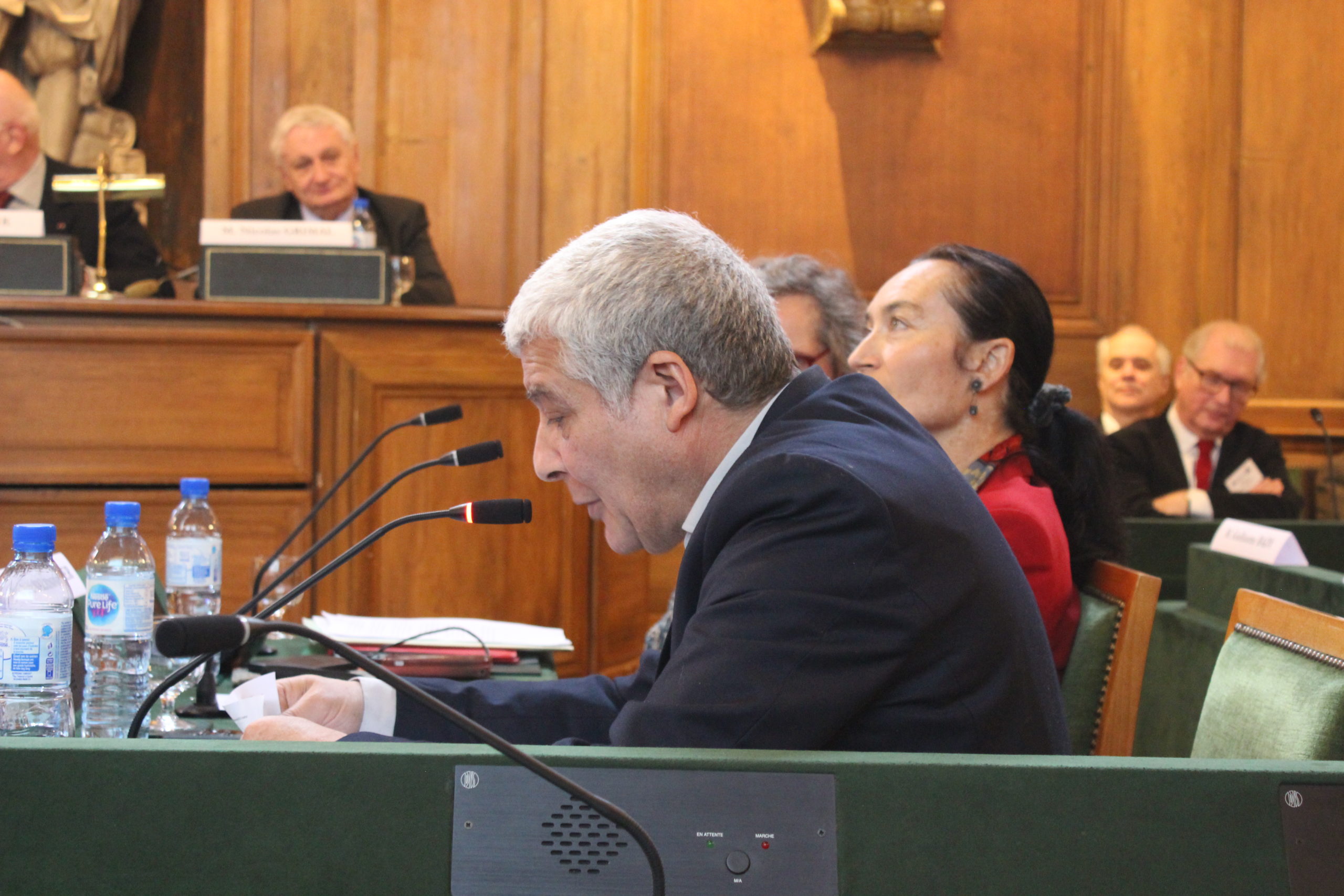 Last Friday, March 6th, the École Biblique was in the spotlight at the Académie des Inscriptions et Belles-Lettres: the colloquium “Le goût de l’Orient” brought together members of both institutions at the Institut de France to celebrate the centenary of the recognition of the EBAF as an École archéologique française. Previous Orientalists included six former AIBL scholarship holders who came to testify about their academic year(s) spent at EBAF.

Find in this third article the speech of Philippe Abrahami, Professor of History and Archaeology of the Ancient Near East at the University of Lille.

My research stay at the École Biblique et Archéologique dates back to the 1993-1994 academic year. I was then in the fourth year of my thesis under the direction of Dominique Charpin, my doctoral subject dealing with the military organization of the Mari kingdom according to the cuneiform archives dating from the 18th century BC. At that time, I carried out my research within the UPR 193 of the CNRS “Mari and the cuneiform Near East” directed by Jean-Marie Durand. I had gathered together the very large majority of the documentation consisting essentially of letters addressed to the kings of Mari but also of administrative texts and I had begun the work of writing certain parts including that dealing with the number of personnel, which had allowed me to make a first summary of this question within the framework of the 38th International Assyriological Meeting which had been held in Paris in 1991. However, my work was progressing slowly. I had no funding for my thesis and as a father of three small children, I divided my time between research, my family and a full-time job working with children in difficult situations.

At the suggestion and with the support of Dominique Charpin and Jean-Marie Durand, at the beginning of 1993, I applied for and obtained the Lavoisier Scholarship from the Académie des Inscriptions et Belles-Lettres for a stay at the EBAF. I thus returned to Jerusalem as part of a research project, after having undertaken and completed in June 1986 a complete course in Assyriology (Bachelor’s and Master’s degrees) at the Hebrew University of Jerusalem within a department which at the time was dedicated to this discipline.

During my years of study at the Hebrew University of Jerusalem, I had the opportunity to meet Father Marcel Sigrist on various occasions and to work occasionally at the EBAF’s Saint-Etienne Library. When I arrived there in September 1993, I was therefore not in uncharted territory, since the research allowance allowed me, moreover, to devote most of my time to my thesis for the first time. I thus had ideal working conditions thanks also to the very rich library of the EBAF characterized by its excellence in fields rarely found in one place: biblical exegesis, Near Eastern archaeology, but also the books and journals concerning the languages, literature, religion and history of the peoples of the Near East which an Assyriologist needs to nourish his research.

My objective during this stay was to advance my thesis as much as possible and I frequented the library very assiduously. Progressing on different chapters of my doctorate, I restituted part of the work thus finalized in the form of a dissertation submitted to the AIBL on poliorcetics in the texts of Mari in which I studied the fortifications of cities with the comparisons that excavations allow, the techniques of encirclement, assault and defense as well as the specific armament and means of earthwork implemented for this purpose.

During this year spent at the EBAF, I have often exchanged with Father Marcel Sigrist on questions related to my research. I was thus able to benefit from his wise advice and I would like, on this very special occasion, to renew my thanks to him for the reading sessions that we had together, of cuneiform tablets from the Ur III period of which he is the internationally recognized specialist, sessions that were very formative for me. Similarly, I was also able to teach Akkadian through informal courses devoted to the reading of documents related to my thesis that he had proposed me to teach at EBAF.

The only regret I have in relation to this year spent at the EBAF is perhaps that I did not take enough advantage of the very rich offer of seminars and study trips. Indeed, wishing to advance as much as possible in my thesis work, I had to take advantage of this opportunity which was opening up to me knowing that on my return to France, I would have to return to my professional activities.

Since the defense of my thesis in 1997 on the Army in Mari, I have “added strings to my bow” to use a circumstantial expression by exploring other fields of research based on cuneiform documentation such as the study of ancient textiles and texts from the palace of Nuzi, a site close to the current town of Kirkuk.I have also developed an archaeological activity by co-directing the Franco-Israeli mission in Tel-Achziv, a site in northern Israel, a mission supported by the French Ministry of Europe and Foreign Affairs.

However, the military history of the Ancient Near East, based on the study of cuneiform texts from different periods and places, remains a privileged line of research that I develop through my publications, the organization of colloquia, participation in the scientific committee of the journal Histoire militaire ancienne, and through my teaching.

This brief overview of my year at the EBAF is for me a token of thanks to this institution which, on the proposal of the AIBL, has shown itself open to a profile of candidate not very well represented for the research grant: it seems to me that few Assyriology doctoral students have applied to benefit from this scheme. Therefore, when I was contacted by Father Jean-Jacques Pérennès to participate in this round table in September last year, I accepted with great pleasure.