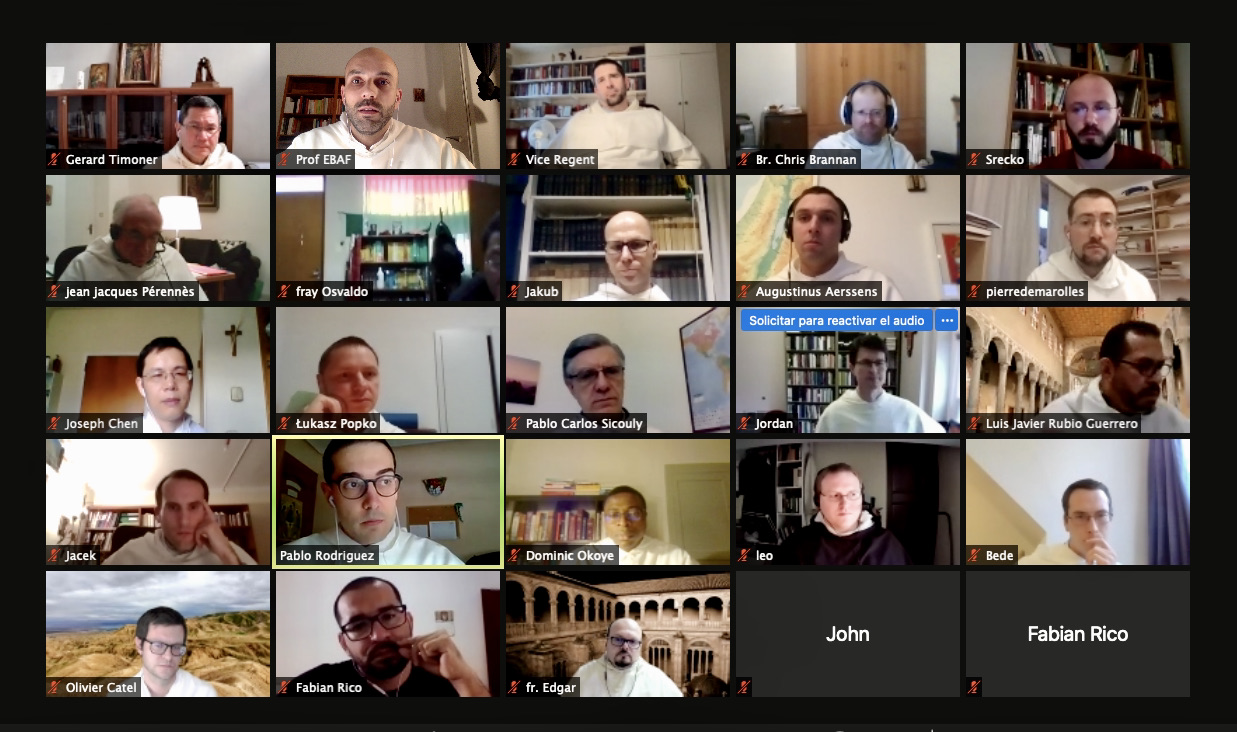 For the seventh consecutive year a Bible study workshop brought together a group of young Dominican biblical scholars. Due to this year’s health constraints, the meeting was held by videoconference on January 3, 4 and 5. It was organized by Fr. José Rafael Reyes and Augustinus Aerssens, op.

Knowing that they did not have to travel to Jerusalem resulted in a wider circle of participants: about twenty this year, coming from Bogota (Colombia), Zurich (Switzerland), Salamanca (Spain), Dubrovnik (Croatia), Krakow (Poland), Oxford (Great Britain), Montevideo (Paraguay), Cochabamba (Bolivia), Rotterdam (Netherlands), Rome (Italy), St. Louis and Washington (USA), and, of course, Jerusalem. This expansion was one of the successes of this edition.

The other interesting element of this year was a lively meeting with the Master of the Order, Fr. Gerard Timoner, the Socius for Intellectual Life, Fr. Pablo Sicouly, and the Socius for Latin America, Fr. Luis Javier Rubio. The Master of the Order, while assuring us of his support, invited us to be the first promoters of biblical studies in the Order. The director of the École Biblique, Fr. Jean Jacques Pérennès, for his part, expressed the wish that there would be more mobility among professors of Sacred Scripture so that not only the universities and specialized academic centers of the Order, but also the centers of studies of the Dominican Provinces could benefit from their competence.

Finally, decisions were taken for the future: the organization of another workshop in Jerusalem in January 2022 (January 3-6), the resumption as soon as possible of summer schools for Dominican friars in formation, and finally the setting up of language networks in Spanish, English, French and Polish, coordinated respectively by Fr. Edgar Toledo, Chris Brannan, Pierre de Marolles and Łukasz Popko, respectively.