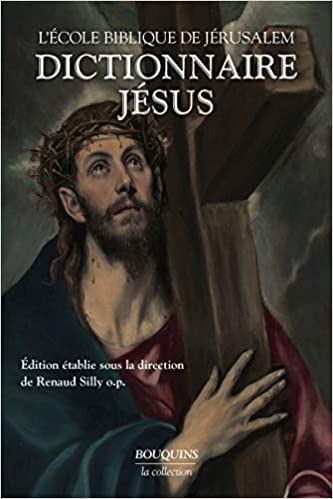 The École Biblique is pleased to announce the publication in the Bouquins collection (R. Laffont) of Jesus Dictionary conceived under the scientific responsibility of the École Biblique of Jérusalem and coordinated by Brother Renaud Silly, op.

It was conceived in a scientific spirit by a small team of about twenty French, Belgian, Israeli and American authors.

The aim is not to take a new look at Jesus, but a renewed one, starting from the country that was his, by placing him in his original land and among his people. In other words, as close as possible to his sources. The Jewishness of Christ thus runs from his origins to the reception of his Gospel and the foundation of Christianity.

In addition to the person of Christ, the dictionary gives a very wide place to his teaching and to the rites which claim to be his. These different sections emphasise the methods by which science apprehends the “object” of Jesus, his teaching, the Passion-Resurrection sequence and finally the various geographical, historical and literary contexts of his action. It is nourished by abundant references to ancient texts, essential bases for achieving a complete knowledge of Jesus.