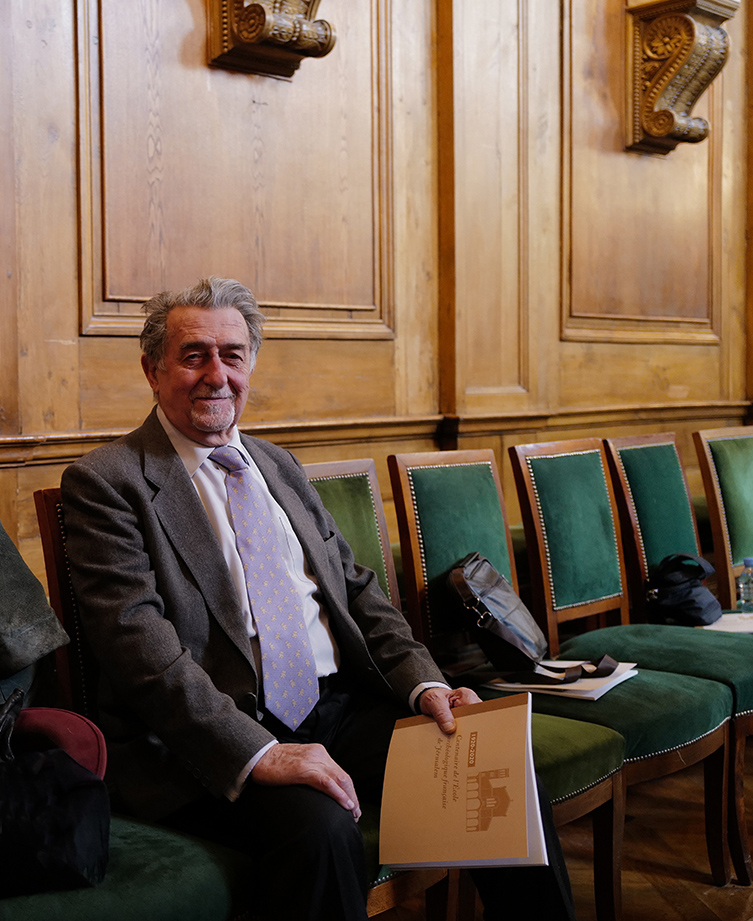 The School is sad to announce the death of one of its close collaborators, the archaeologist Alain Chambon, who died on June 2 at the age of 81. He was an AIBL scholar at the School in 1970-71 and began his training as an archaeologist with Father Roland de Vaux.

Alain Chambon trained in art history at the École du Louvre. His career as an archaeologist, entirely devoted to the Near and Middle East, is singular as he has never held a permanent position or contract, never hesitating to go abroad for long excavations or very long studies of the results of the excavations, in exchange for some compensation and expenses. His collaboration was very much in demand, because he was recognized as a valuable specialist.

He began his career, sent in 1970 by André Parrot, then director of oriental antiquities at the Louvre, as a scholarship holder of the Académie des Inscriptions et Belles-Lettres at the École Biblique et Archéologique Française in Jerusalem. He was the last student of R. de Vaux in archaeology. His mission was to cooperate with him in the publication of the Iron Age levels of Tell el-Far’ah. He quickly produced a beautiful volume.

With a remarkable eye and pencil stroke, he worked as a draftsman on the excavations at Susa in western Iran in 1976 – 1977. While remaining an outstanding draughtsman, he was soon able to move on to responsibilities in the excavations themselves, in publications, and in the organization of exhibitions, where his practical and artistic sense was marvelous, whatever the historical period concerned, from the Iron Age of the first half of the first millennium B.C. to the medieval period.

He then remained throughout his life a leading collaborator in most of the excavations of this School in Palestine, Israel and Jerusalem itself, working in concert with his friend Jean-Baptiste Humbert: Tell Keisan on the coast in Galilee, Notre-Dame de Jérusalem, and then in Gaza from 1995 to 2005. Still with the École Biblique, he also worked extensively east of the Jordan River, in Jordan: on the archaeological remains of Amman, the capital, or on the Islamic palace of Fedeyn on the edge of the desert. Finally, since 1988 and until today, he has collaborated effectively in the publication of the archaeology of the prestigious site of Qumran.

But it is in Jordan with the French Institute of the Near East and the Jordanian University of Yarmouk that he gave the full measure of his talent by bringing to light, in the south of the country, not far from Petra, at the cost of ten long excavation campaigns, until 2007, the entire temple of Dharih, a jewel of architecture and sculptures of the second century AD, which had completely collapsed on itself and had been covered by meters of thickness of constructions of other periods. He was still working on his study at the time of his sudden death.

In the person of Alain Chambon, the archaeologists of the Near East have lost one of their most gifted, most astonishing and most endearing figures.