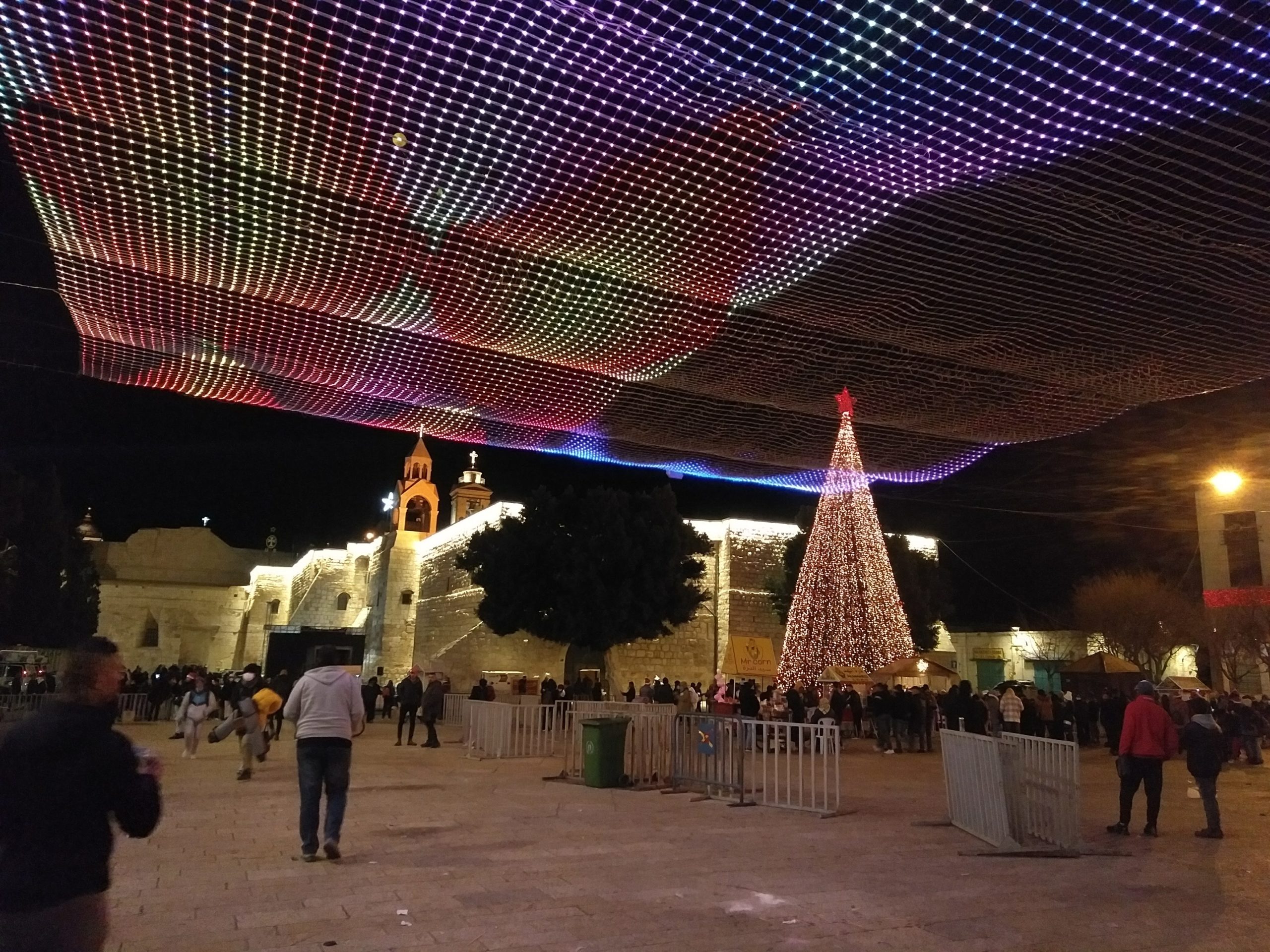 A CHRISTMAS IN BETHLEHEM

This year, due to the closure of the borders, all the students of the École biblique remained in Jerusalem for the Christmas holidays. Some of them were able to take part in the famous midnight mass presided over by the Latin Patriarch of Jerusalem, Monsignor Pierbattista Pizzaballa, in the Church of Saint Catherine in Bethlehem.

This mass, usually very popular with pilgrims from all over the world, was this year filled with Christians from the communities of Bethlehem and the Holy Land. Believers had the chance to worship in the Grotto of the Nativity, where Jesus was born, without the usual crowds.

Other students chose to attend the 24 December mass in the Basilica of Saint Stephen in Jerusalem, before setting off on a 10km walk to Bethlehem, where they were able to take part in another mass officiated by Friar Stéphane Milovitch, ofm, from the manger of the Nativity Grotto.

Thus a different, but unforgettable Christmas.