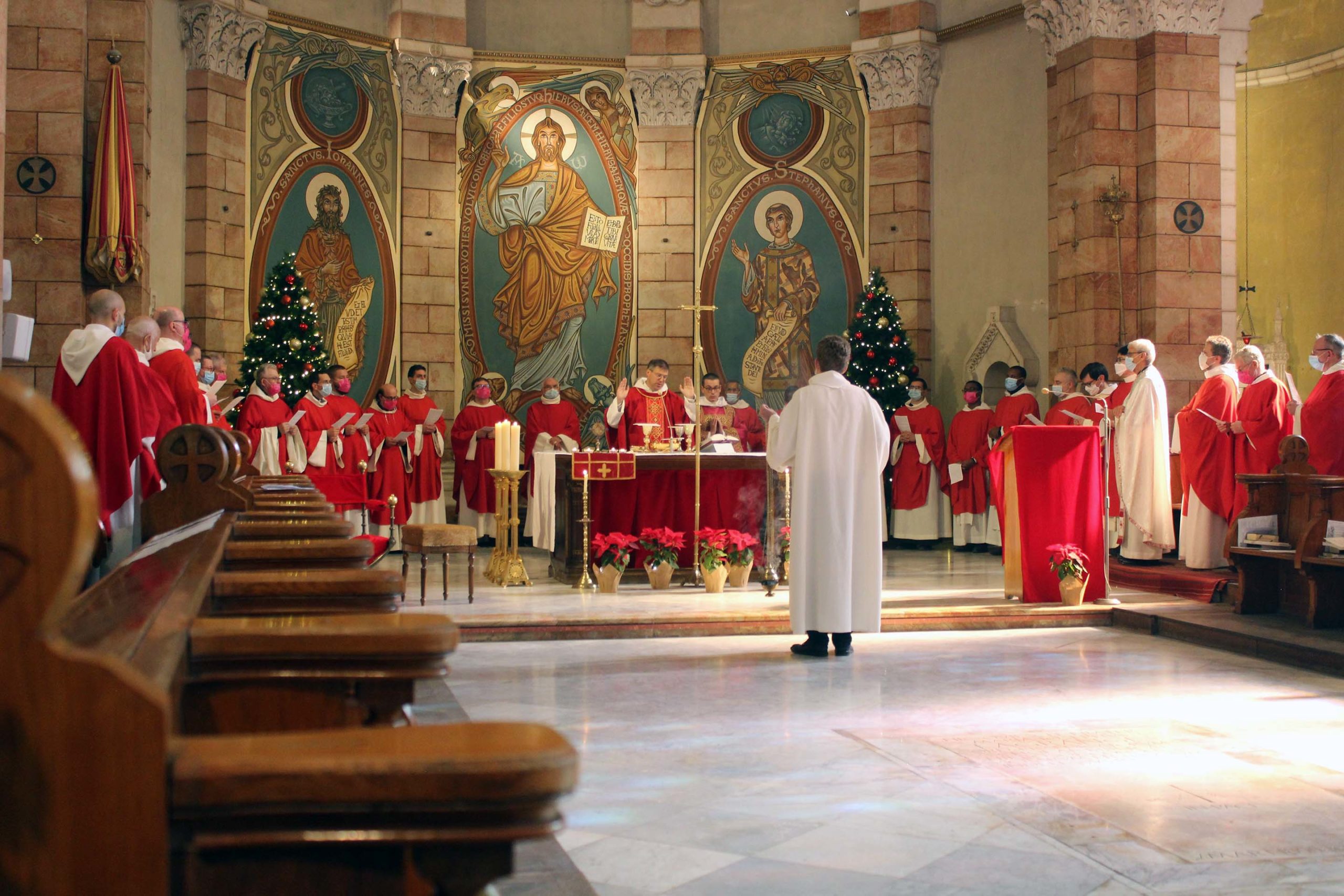 Every year, on December 26, the most important feast of St. Stephen’s Convent is celebrated: that of its patron saint and protomartyr St. Stephen. The celebration is particularly important because the convent and the École Biblique are built on the site of the death of the first Christian martyr, who was stoned to death for blasphemy shortly after the death of Christ.

The consular mass was presided over by Fr. Cyrille Jalabert, op, prior of the convent of St. Stephen, in the presence of the Consul General of France in Jerusalem, M. René Troccaz, the Councillor for Religious Affairs, fr. Luc Pareydt, sj, as well as many friends of the convent and the school.

The friars and the faithful were able to enjoy the many songs performed for the occasion by the choir, before gathering around a glass of friendship, followed by a meal “à la française” prepared by the convent’s cook and by the sisters and served by the Dominican friars themselves. 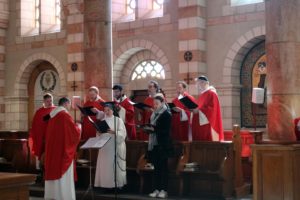 The choir formed for the occasion. 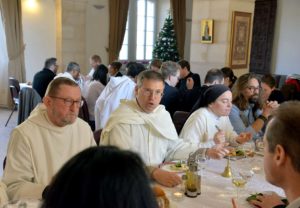 Lunch “à la française” for the residents and some guests.