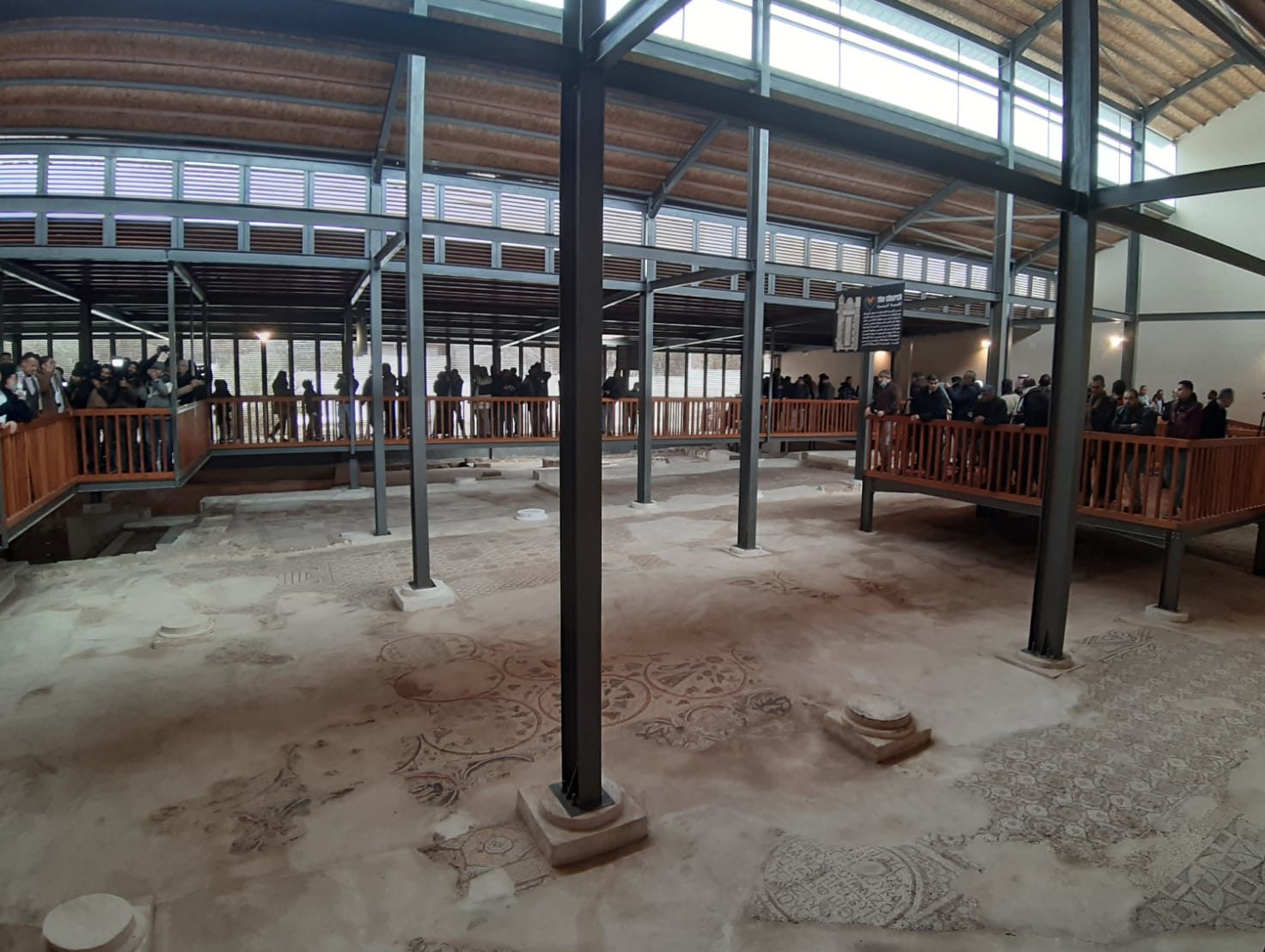 INAUGURATION OF THE MUKHEITIM COMPLEX IN GAZA

Jean-Baptiste Humbert op went to Gaza during the week of February 14 to visit the Mukheitim complex and the Hilarion monastery site, two sites in Gaza that have been excavated and restored under the scientific authority of the École Biblique (EBAF).

“I have just spent a short week in Gaza. On the spot, one is always surprised by the dynamic and effervescent life there. Archaeology has not been forgotten, it is making its way. The restoration work on the sites, carried out for ten years by René Elter under the authority of the EBAF and in partnership with Première Urgence Internationale (PUI), has borne good fruit. 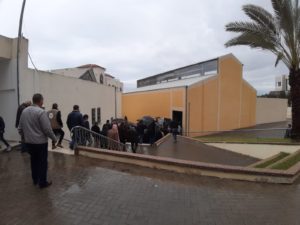 The entrance of the complex of Mukheitim.

The complex of Mukheitim in Jabaliya is now sustainably preserved by an elegant shelter and safely accessible for all. One can contemplate, from aerial walkways, the church, the diaconicon, the large baptistery and the 400 m2 of restored mosaics. The inauguration successfully attracted many curious, but the success was also that of all Gazans who worked in all trades. Success again for our project’s objective: giving back the Palestinian heritage to the Palestinians. We see that the objective has been reached.

During the visit to the large construction site of Hilarion Monastery, we have seen the great progress made over the last year, despite the obstacles of the pandemic. The monastery is now seen in its beautiful coherence, with gravel beds that reconstitute the different spaces. The vault that is reconstituted of the great crypt is a feat all to the glory of the young Gazan crafts women and men who have acquired skills in the techniques of antiquity.

But Gaza never stops building and shows by this what remains of its freedom. A huge construction site has been opened to build high-rise apartments. The construction machines discovered under an orange grove, unfortunately razed, a cemetery from the Roman period with beautiful tombs built in stone. The teams, trained by EBAF and PUI, who restore the Hilarion site is naturally fully engaged to carry out the rescue. The meticulous excavation with brush and spoon contrasts singularly in the middle of excavators, bulldozers and a noria of big trucks evacuating the sand. About thirty graves have been uncovered. 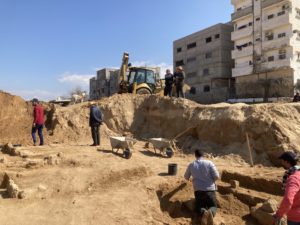 The cemetery of the Roman era surrounded by construction sites and bulldozers. 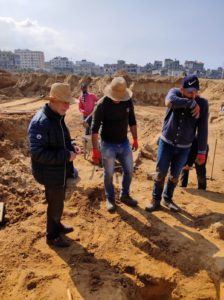 Jean-Baptiste Humbert and the excavation team on the site of the Roman cemetery.

The activities are funded by the British Council’s Cultural Protection Fund, in partnership with the Department for Digital, Culture, Media and Sport and The International alliance for the protection of heritage in conflict areas (ALIPH)

In the Occupied Palestinian territory, Premiere Urgence Internationale and Ecole Biblique seek to continue developing relationship with Palestinian cultural institutions, urging them to engage and act on their heritage and archaeological sites, to enhance their steadfastness, protect their identity and basic human rights.

Through strengthening and reframing youth’s relationships with cultural heritage, future societal outcomes are reimagined, more vibrant than ever, reflecting the resilience youth in the occupied Palestinian territory are well known for.