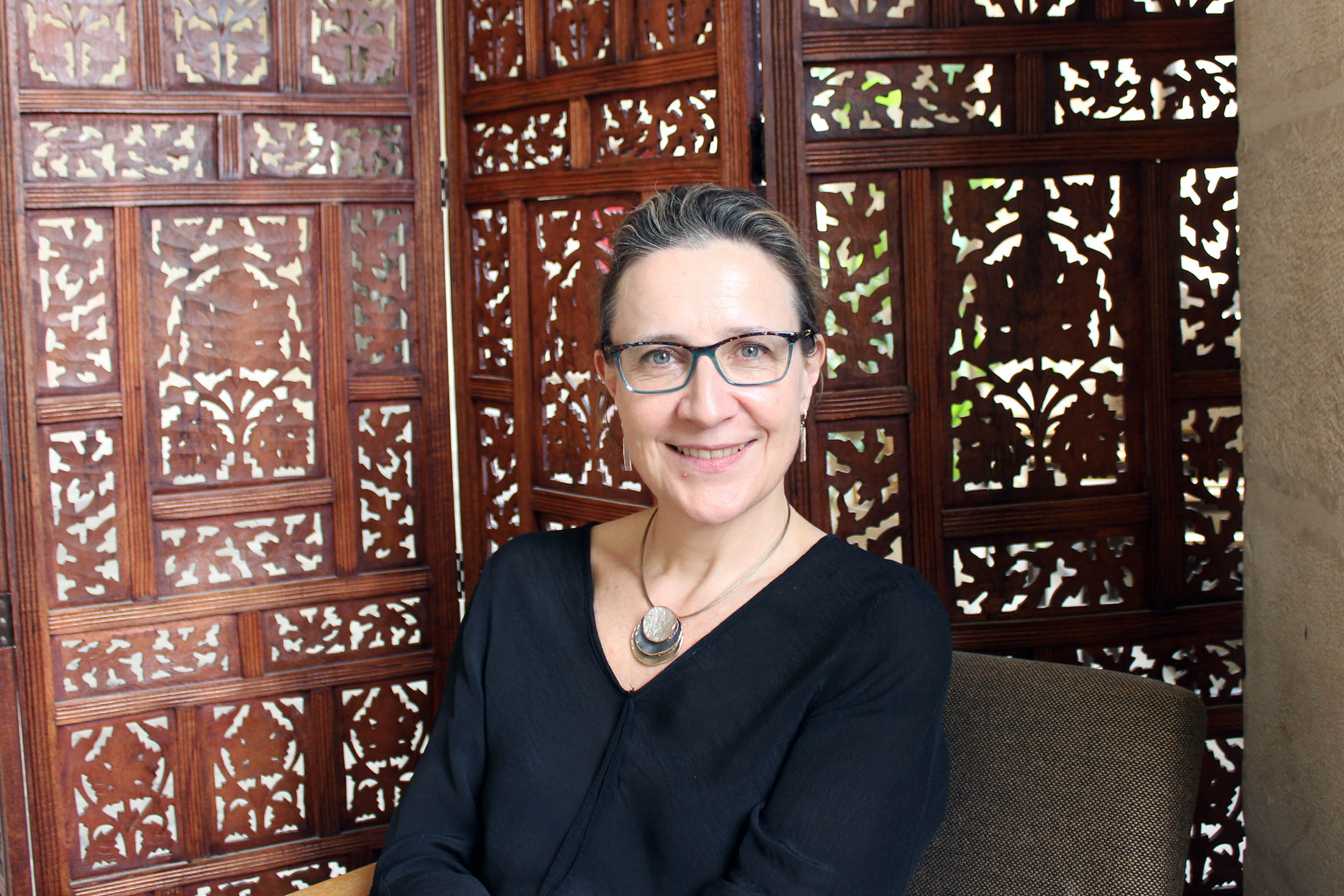 KATELL BERTHELOT – CONVERSION TO JUDAISM FROM ANTIQUITY TO THE PRESENT DAY

Katell Berthelot is a specialist in Judaism of the Hellenistic and Roman periods. She has been a frequent visitor to the École Biblique, and in particular the library, since 1998, when she wrote her thesis, which was partly completed at the Hebrew University. From 2003 onwards she made several research visits to the École Biblique and twice gave a course on Jewish exegesis from the Septuagint to the Talmud, in 2011 and 2013.

From 2014 to 2019, I have been supported by a European Research Council (ERC) grant. The European Research Council is a European body that funds research projects in all fields at European and international level. I have obtained funding for a research project on the impact of the confrontation with Roman imperial ideology on Jewish thought between the first century BC and the beginning of the fourth century.

I wanted to return to a problem that seems to me fundamental in Jewish history, namely the confrontation with a Roman Empire that put a lasting end to the sacrificial cult of the God of Israel, by destroying the Second Temple, by bringing the sacred utensils of the Temple to Rome to place them in a temple to the goddess Pax, and by imposing a tax on the Jews throughout the Empire, a tax that replaced the half-shekel tax that the Jews paid to the Temple in Jerusalem. The fact that the Temple was never rebuilt corresponds to a political will on the part of the Romans, who understood the link between the worship of the God of Israel and the revolt. By preventing the rebuilding of the Temple of Jerusalem and closing the Temple of Leontopolis in Egypt, the Roman Empire ensured that there would be no more temples to the God of Israel on its territory and, without forbidding Judaism (the Jewish customs and way of life), it put an end to Jewish worship.

This research project involved European, Israeli and American researchers. A team was also funded by the project money: six post-doctoral students, a manager and a computer scientist. The idea was to encourage a dialogue between historians of the Roman world, specialists in Greek and Latin epigraphy, specialists in numismatics, specialists in rabbinical sources, historians of Christianity, etc. We have created a database called Judaism and Rome, which is freely accessible in English, in which we offer analyses of literary, epigraphic, iconographic and numismatic sources, and we try to create a dialogue between these sources to show that they can contribute to enlighten each other.

In addition to this website and this work on primary sources, we have organised a whole series of international colloquia and we have published the proceedings of these colloquia. In all, four collective volumes have been published, two of which are freely available on the Internet thanks to the École Française de Rome, which helped with their publication. I also wrote a book of synthesis, Jews and Their Roman Rivals: Pagan Rome’s Challenge to Israel, which was published in English by Princeton University Press last October and won the National Jewish Book Award in the “Research” category in the United States.

Is the reason you came to Jerusalem related to this project?

No, I am here for a different project. With one of my former post-docs on this project and a colleague from Ben Gurion University in Beer-Sheva, we have been doing a lot of work on the topic of converts to Judaism. We reflected on the parallels between the processes of granting Roman citizenship to non-Romans and the process of conversion to Judaism as conceptualised in Jewish literary sources, in particular Philo of Alexandria and rabbinic literature.

The University of Aix-Marseille has become one of the supervisors of the CRFJ (French Research Centre in Jerusalem) and provides funding for researchers to organise activities in connection with the CRFJ. We thought it was a great opportunity to organise a colloquium on the status of converts to Judaism from Antiquity to the present day in Israel with the CRFJ. The colloquium took place last week: one day at Ben Gurion University and one and a half days at the CRFJ, with biblical scholars, specialists in ancient Judaism, historians of the Middle Ages, but also of the modern and contemporary period, jurists, anthropologists. What is quite original is that we also had meetings with practitioners, people in the field who deal with the issue of conversion in Israel today. We received lawyers who defended converts whose conversion was questioned by certain rabbis. We met with the Minister of Religious Services in Israel who came to exchange with us. We also exchanged with an artist who made a film on the process of conversion of women and in particular the episode of the mikveh, that is the ritual bath, when the woman who converts has to immerse herself completely in the ritual bath in the presence of three men – which is something very debatable, because the mikveh is a place of intimacy for women. This artist did a lot of work interviewing a number of rabbis and shared her experience with us. The symposium was therefore made up of different moments: some very academic and others involving interaction with actors from society.

So I came to Israel for this colloquium which should have taken place in 2021 and had been postponed for a year. For many of the participants it was the first face-to-face conference in two years, so there was a lot of enthusiasm and the exchange was very fruitful.

But obviously there was no question of my coming to Jerusalem without a short stay at the École Biblique. And so this week I’m working on a little article on a text from Qumran 4Q246, which mentions a figure called in the text “the son of God” and “the son of the Most High” and who is obviously a royal messiah. The text interprets chapter 7 of the book of Daniel, which speaks of a son of man who arrives on the clouds and to whom God gives dominion over all the peoples of the world. The Qumran text is a kind of interpretation of this chapter of the book of Daniel and it identifies this being described as a son of man with the son of God and with the royal messiah. It is an article for a collective work, a dictionary on the reception of the figure of Jesus in history.

I am also working on other texts from Qumran that have a thematic link with the biblical book of Joshua, for the fourth volume of La Bibliothèque de Qumrân, which is a bilingual edition of all the texts from Qumran published by Éditions du Cerf.

Any other big projects for the future?

A few personal book publication projects and also a lot of collaboration. I will participate in several conferences but I do not plan to organise any in the next few months.