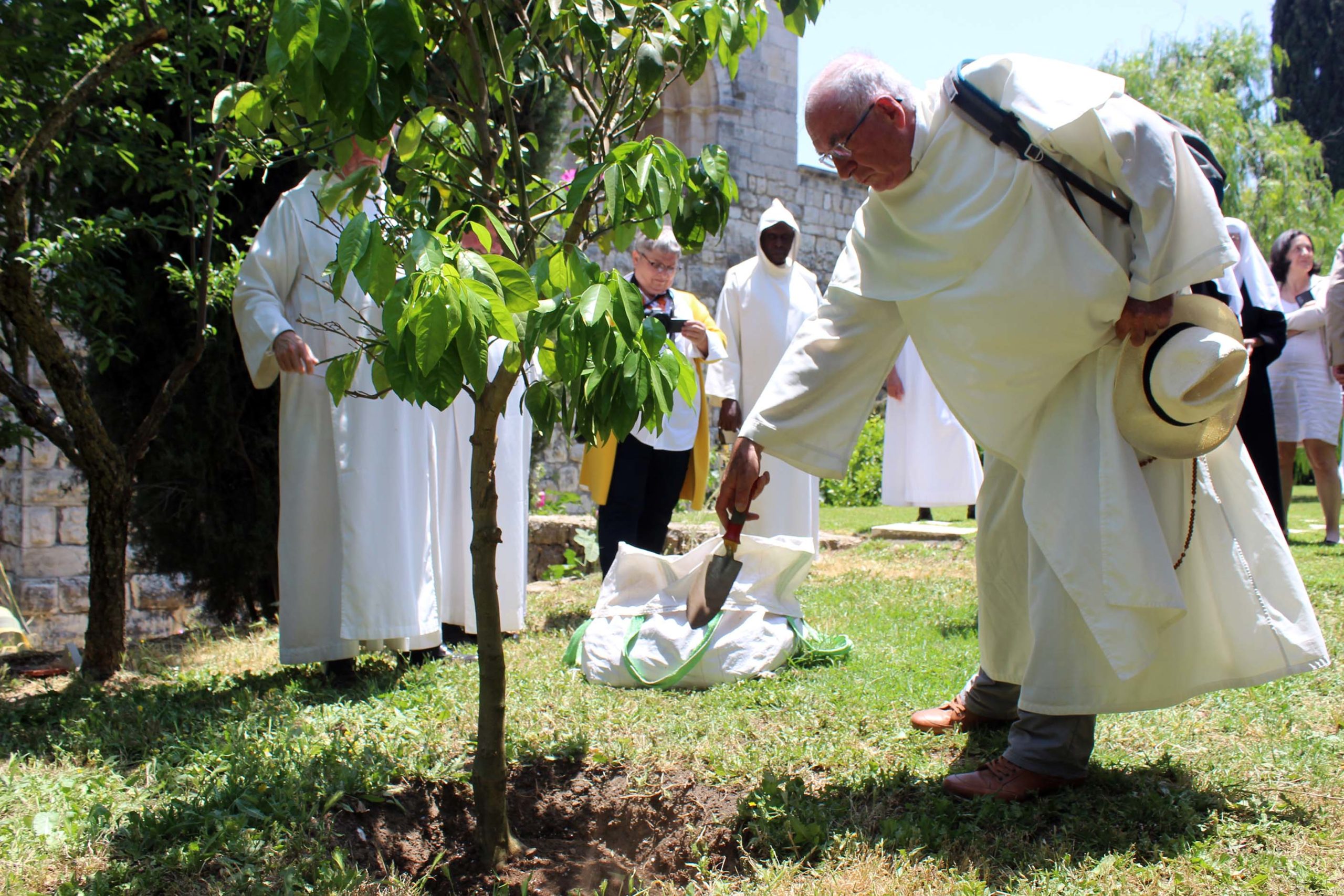 The participants first gathered on Thursday, May 26 for the celebration of the Ascension Mass at the Benedictine Abbey of Abu Gosh. The mass was followed by the planting of an orange tree in the abbey garden, a tree that evokes friendship for Martine Hue, president of the Association of Friends of Abu Gosh. “Friendship …”, confirms Friar Louis-Marie Coudray, superior of the Abu Gosh community, “… was the red thread in Jean’s life”. 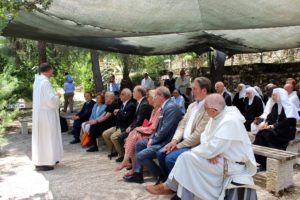 “History passes, institutions pass, but friendship remains” he concluded before blessing the orange tree in front of Jean Guéguinou’s family and friends. A moving moment, underlined by the words of Luc Bouniol-Laffont, his companion, and by those of Martine Hue who pointed out the importance of planting a tree and of “planting its roots into a land that Jean loved deeply”. 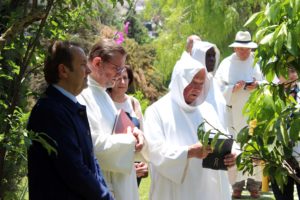 Blessing of the orange tree in the garden of the abbey

The next day, after a visit to the baptism site and the Hisham Palace in Jericho, the participants came for lunch and a visit to the École Biblique, an opportunity to discover the subjects of study of the École and to meet, or reconnect, with the brothers. 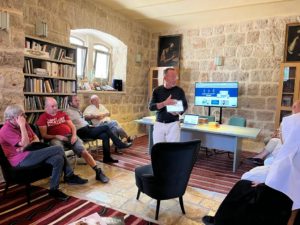 Presentation of the BEST by Fr. Olivier-Thomas Venard

The tribute to Jean Guéguinou ended with a conference with three consuls general: Régis Koetschet (2002 to 2005), Alain Rémy (2005 to 2009) and René Troccaz, the current Consul General of France in Jerusalem. The conference, “Un consulat pas comme les autres : le consulat général de France à Jérusalem” was a great success among the participants who closed this memorial trip at the Consulate General of France where a cocktail was organized for the occasion. 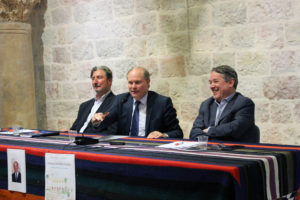 Lecture of the three consuls 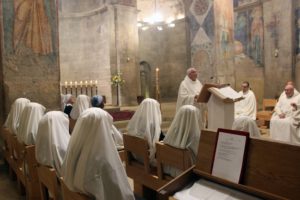 Mass of the Ascension in the church of Abu Gosh 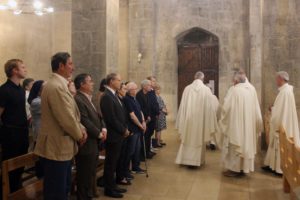 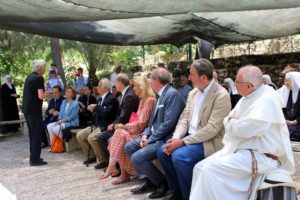 Speech by Martine Hue, President of the Association of Friends of Abu Gosh 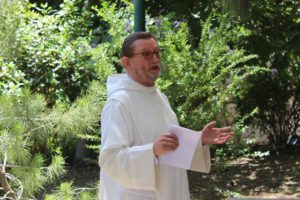 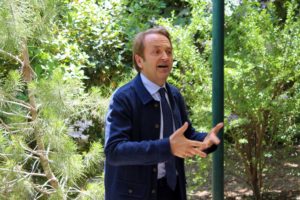 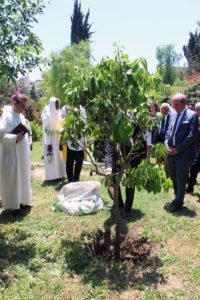 Recollection around the orange tree planted in memory of Jean Guéguinou 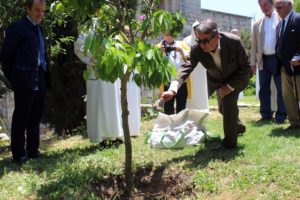 Alain Rémy, Consul General of France in Jerusalem from 2005 to 2009 and President of the Association of Friends of the EBAF, throwing a handful of earth on the tree’s roots 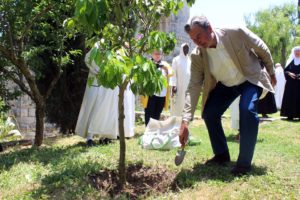 Régis Koetschet, Consul General of France in Jerusalem from 2002 to 2005, near the orange tree 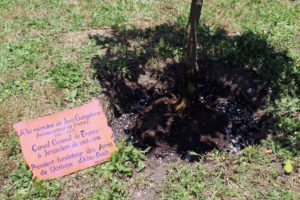 “In memory of Jean Guéguinou” 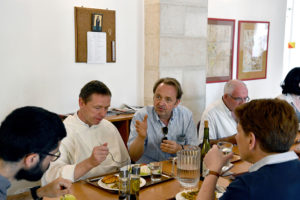 Lunch at the École biblique 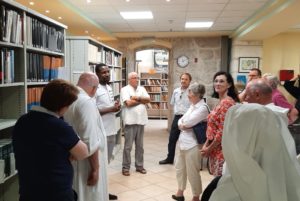 Visit to the library by Fr. Bernard Ntamak 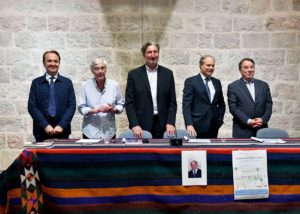 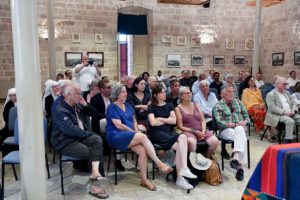