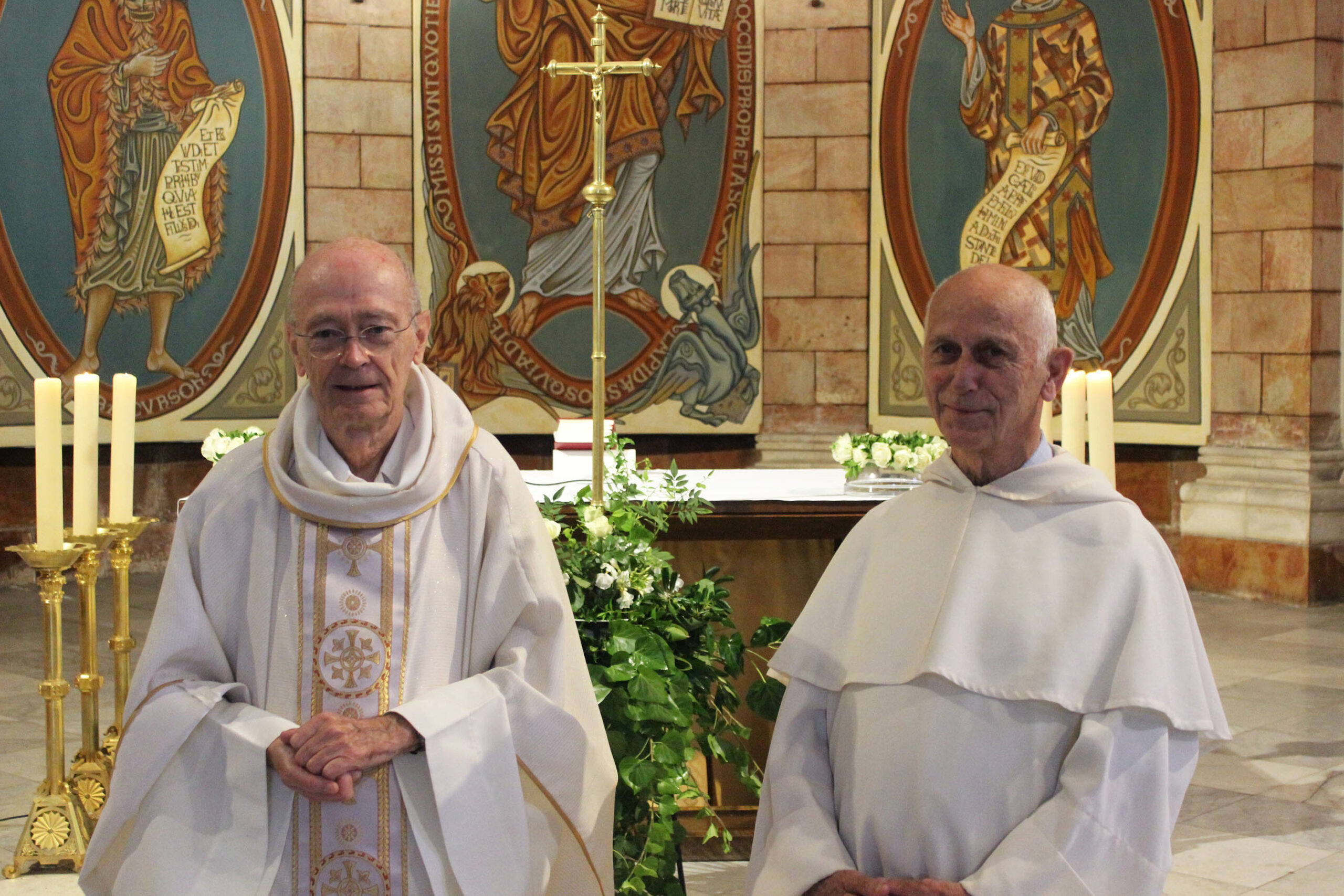 A CENTURY OF PRIESTHOOD 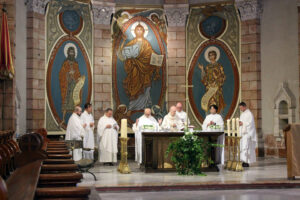 The Mass on 24 June 2022, presided over by Br. Jean-Michel de Tarragon

“Today, on the 24th of June 2022, we are celebrating the 50th anniversary of the ordination of Friar Jean-Baptiste Humbert and myself. We are both from the same ceremony: same day, same place and same bishop for the ordination. It took place in Paris at the Saint-Jacques convent, close to Glacière.

We had been ordained deacons in the study convent of Saulchoir near Etiolles. And in the short interval between the ordination to the diaconate and the ordination to the priesthood, the Dominican Province of France moved this convent of studies which was sold to the department because it was very large, and we had become less numerous in the 1970s. So we were ordained deacons in 1971, and in 1972 we became priests.

Fr. Jean-Baptiste Humbert in the foreground, Fr. Jean-Michel de Tarragon in the background

During this ceremony we were four Dominican friars. One of them, unfortunately, was already suffering from a very early cancer and died a few years later. The fourth, from the province of Toulouse, left the order and we have not heard from him since. So we are two left from this ordination of four. The ceremony took place in a relatively small place. There were not many people: Friar Jean-Baptiste Humbert and I had our closest family members with us. After the ceremony, there was a drink, a small party. 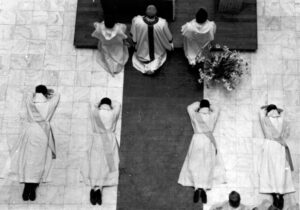 I then celebrated my first family Mass in the village of Romilly-sur-Aigre, in the Eure-et-Loire, from which the Tarragon family had descended for at least two centuries, since the revolution. So I celebrated my first Mass there, and then we had lunch in a restaurant in Cloyes.

Immediately afterwards, two or three months later, I left for Jerusalem. I spent the summer here, went back to Paris to finish my licence in theology, and in 1973 I arrived as a student at the École Biblique for at least two years.

So these 50 years of ordination this year will be followed, God willing, by the 50 years of my arrival at the École Biblique next year.” 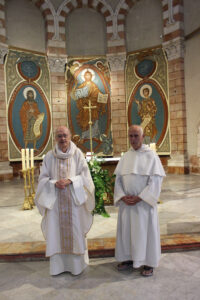