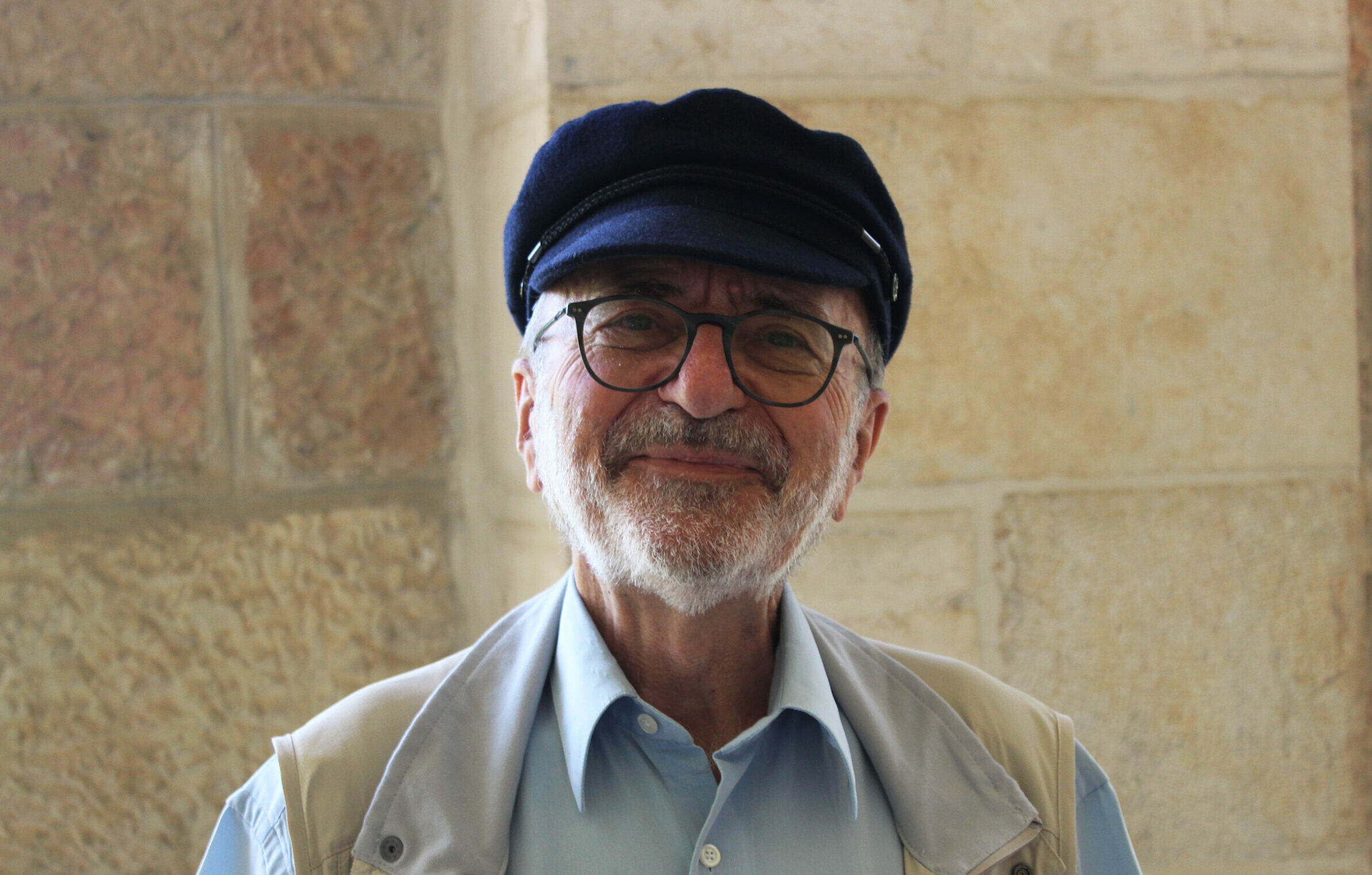 CHRISTIAN ROBIN – THE HISTORY OF PRE-ISLAMIC ARABIA THROUGH THE INSCRIPTIONS

Christian Robin is an archaeologist and epigraphist specialising in pre-Islamic Arabia. He is also a member of the Académie des Inscriptions et Belles-Lettres. We took advantage of his visit to Jerusalem and the École Biblique to ask him some questions.

You came to Jerusalem for a colloquium, can you tell us a little more about it?

I came for a colloquium organised by the Israelis for almost 45 years: From Jāhiliyya to Islam. It is about the formation of Islam, starting from Arabia in the Islamic period. I am invited to it as a specialist in pre-Islamic Arabia and I have been participating continuously for seven editions.

What was your presentation about?

The theme of the conference is in the title: trying to see the links that Islam can have with pre-Islamic Arabia. But the subjects are very open, there are now excavations in Central Asia, and people working on Afghanistan in the Islamic period. So there are presentations on the Qur’an, on Islamic law, and historical, archaeological and philological papers on a wide range of topics.

I spoke about the discoveries made by the Franco-Saudi archaeological mission in the Najran region, in the south of the Arabian Peninsula. We are prospecting a large rocky massif located about 100 km north-east of Najran, where large fairs were probably held and from where the caravans left for the distant countries of the north, towards Syria and Mesopotamia. On the rocks in this area there are a great number of rock engravings, drawings or texts.

There are at least a thousand engravings on each site, with probably several thousand sites where these engravings are found, so there are probably at least a million engravings in total. It’s very impressive. It’s an extremely rich area, where the inscriptions are generally quite brief: simply the identity of the people who passed through, a name, sometimes accompanied by a patronymic or even a third name (family name or grandfather’s name). There is no prayer, no invocation of deities, no indication of social status. The inscriptions are quite poor, except for those left by the Yemeni armies. The area has been inscribed on the UNESCO World Heritage List in 2021.

The beginning of the 6th century saw a period of great tension with a revolt of the Christians of Najran against the Jewish king, Joseph. An army was sent to quell this revolt and, for various reasons, the army stayed quite far from Najran and used intimidation instead. The expedition stayed for two months about a hundred kilometres north of Najran and engraved a rather impressive number of inscriptions recounting all these events; it did not carry out any operations against Najran but gave a very detailed account of Joseph’s campaigns: the number of killed, the number of prisoners, the number of animals captured, etc. The general of this army makes four very large inscriptions, and his officers also make about ten.

Last year’s archaeological mission was extremely successful. We systematically scanned around the mountain, which allowed us to find, in a valley that had not been reported, the fourth inscription of this general and a large inscription made by one of his officers. During this colloquium, I talked about these large inscriptions: it is quite unusual to find an 5 metres long and 2.5 metres high inscription and one of 2 metres by 1.5 metres.

What does it mean to be an epigraphist today?

Epigraphist is not really a profession. One is rather an archaeologist, historian or linguist. Epigraphy is simply a category of texts that are engraved on a durable support (stone, metal, wood, bone). A first category of texts is composed of formal inscriptions, which generally have three qualities:

– these are documents that are contemporary with the events. They, usually, celebrate a very recent event: an offering in a temple, the construction of a palace, the building of a dam, a victory… The events described may go back a little in time, but never more than a generation.

– these are documents that have not been modified since the time they were written. The text we have is the original, without additions or corrections.

– it is a very expensive production, and therefore only reflects the point of view of a very small upper fringe of society: the governing elites. The text expresses the official truth, highlighting the achievements of those in power. It is therefore propaganda.

On the other hand, there are the small texts engraved on the rocks of the desert, or the stucco of buildings, and there, it’s a much wider range of authors since everyone who can write can give their opinion on an event or show that they were present. Even if the graffiti are very poor, they are interesting because they tell us about classes of society that would not otherwise be accessible.

To be an epigraphist is to devote most of your work to a type of text that is quite different from handwritten texts. It is not the same type of writing: inscriptions are always in a formal, archaizing, and pompous language; they are difficult to understand for the average person.

Yemen is very interesting because it is a country for which there are no manuscript sources, only epigraphic texts. Of these, there are not only formal inscriptions and graffiti, but also many archival documents, that is, texts that are written in cursive on wooden sticks and which are of three types: contracts, correspondence, or lists of people employed in different tasks or who paid this or that tax. There are no fictional texts, no mythological stories, no ritual collections.

For Arabia, the entire pre-Islamic history is therefore reconstructed solely with the epigraphic texts. We have some chronological references from Byzantine chroniclers or Latin authors reporting on external events concerning the region. But overall, almost all of Arabian history is reconstructed through epigraphy. This is a unique case.