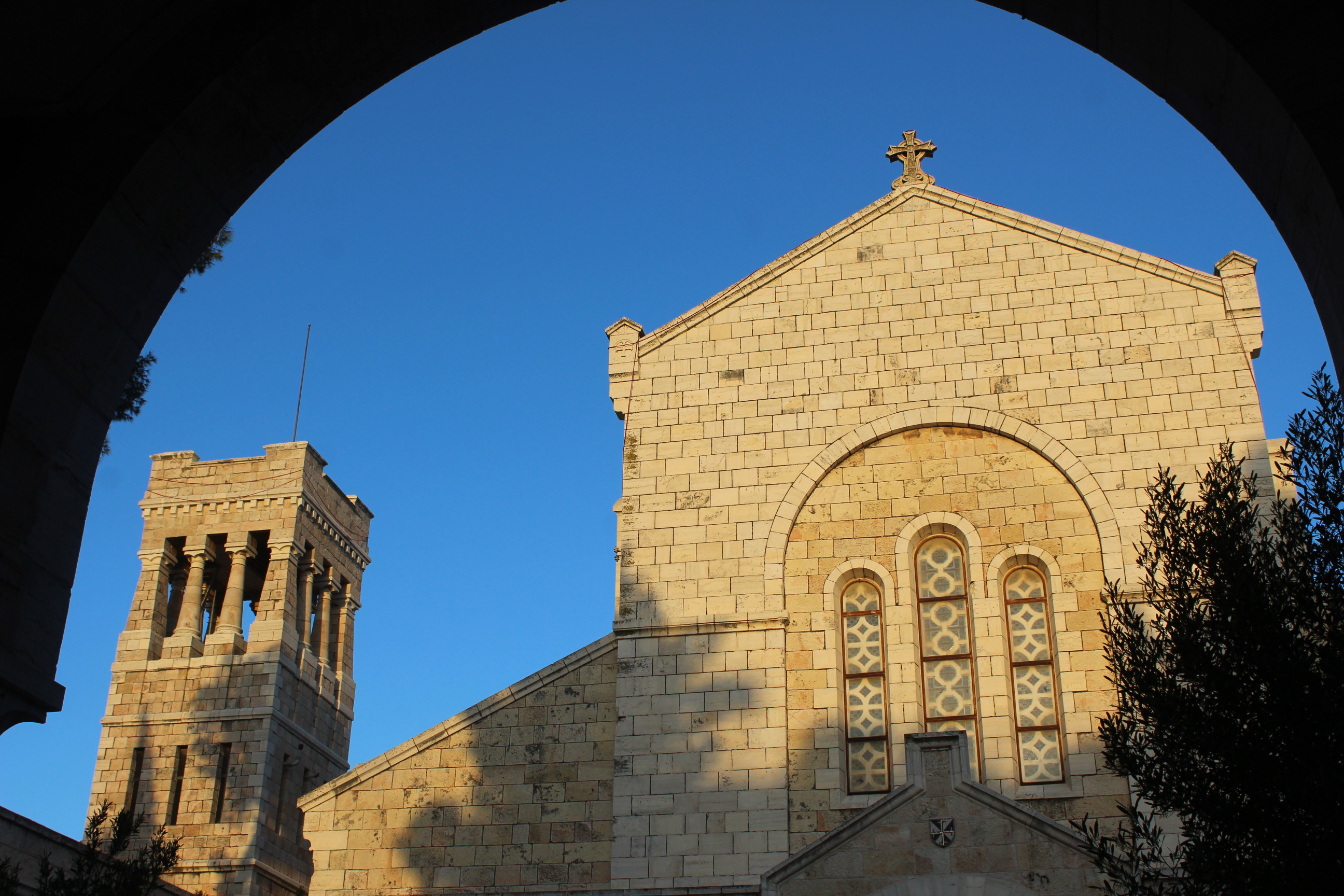 The founding purpose of the École biblique was to renew biblical studies at a time when modern criticism (history, philology, etc.) was challenging the traditional understanding of the sacred text and unsettling the faith of many Christians. For that reason, Father Lagrange wished to advance a faithful yet scientific study of the Bible in the geographic, historical, and cultural context of the land where it was born. The first team of professors was made up of specialists from the various disciplines necessary for such study. Their competence and the quality of their work soon merited official recognition for the École biblique: in 1920, it was recognized as the École archéologique française by the Académie des Inscriptions et Belles-Lettres. Ever since, the École has thus been named the École biblique et archéologique française de Jérusalem.

The École is situated close to the Old City of Jerusalem, near the Damascus Gate, on the site of a 5th-century Byzantine basilica, built where Christian tradition venerated the martyrdom of St Stephen the protomartyr: hence the name of the convent, Saint-Etienne (St Stephen), given to the religious community of Dominicans who run the École biblique.

Since its creation, the École biblique has helped to pioneer biblical exegesis and archaeological research in Israel and the neighboring regions. It has acquired great scholarly renown in the fields of epigraphy, Semitic linguistics, Assyriology, Egyptology, as well as in ancient history, geography, and ethnography.

The École biblique welcomes students with the pontifical license in biblical studies who desire to prepare for a doctoral degree (SSD). The school also receives students at masters level, who wish to specialize in archaeology or the history and geography of the Near East. Beyond the courses themselves, students have the opportunity each week to visit, with a professor, the main biblical sites in Palestine and Israel. The École has partnerships with various universities abroad, and in Jerusalem it collaborates closely with the Studium biblicum franciscanum.

The École manages the Revue Biblique and various other specialized publications in its fields of expertise, as well as works addressed to a broader public. Among the latter is the celebrated translation of the Bible known as the Jerusalem Bible (1956, 1973, 1998), which combines attention to the literary quality of the translations with an exacting scholarly rigor.

The École biblique can boast of many illustrious members. Alongside Father Lagrange, and Fathers Abel and Vincent, who along with him conducted very important surveys of the Holy Land, one might mention: Roland de Vaux OP, who directed the excavations at Qumran, where the Dead Sea Scrolls were discovered in 1947; Pierre Benoit OP, whose Inspiration and the Bible remains a seminal text; Raymond Tournay OP, author of an important edition and translation of the Psalms; Jerome Murphy-O’Connor OP, author of a famous archaeological guide to the Holy Land and numerous works on St Paul; and Marie-Emile Boismard OP, author of important writings on the New Testament. Among the emeriti still present at the École, mention could be made of: Jean-Baptist Humbert OP, archaeologist in charge of multiple digs in Palestine et Jordan; Etienne Nodet OP, editor of the works of Flavius Josephus; Émile Puech, one of the major editors of the Dead Sea Scrolls; and Marcel Sigrist, assyriologist, among others.

A new generation has now arrived. Among its most recent activities, the École biblique has launched an innovative research program called The Bible in its Traditions. This project aims to use the extraordinary opportunities afforded by modern technology to construct an online comparative version of the biblical text, presenting its different textual traditions (MT, LXX, Vulgate, etc.), and developing multiple layers of annotation to bring to light the rich reception history of the sacred text in Christian theology and liturgy, in patristic tradition, the history of art, and so on: see https://scroll.bibletraditions.org/.

You are in the right place to follow all the activities of the École biblique. You can also sign up to receive our monthly newsletter by emailing us at communication@ebaf.edu.