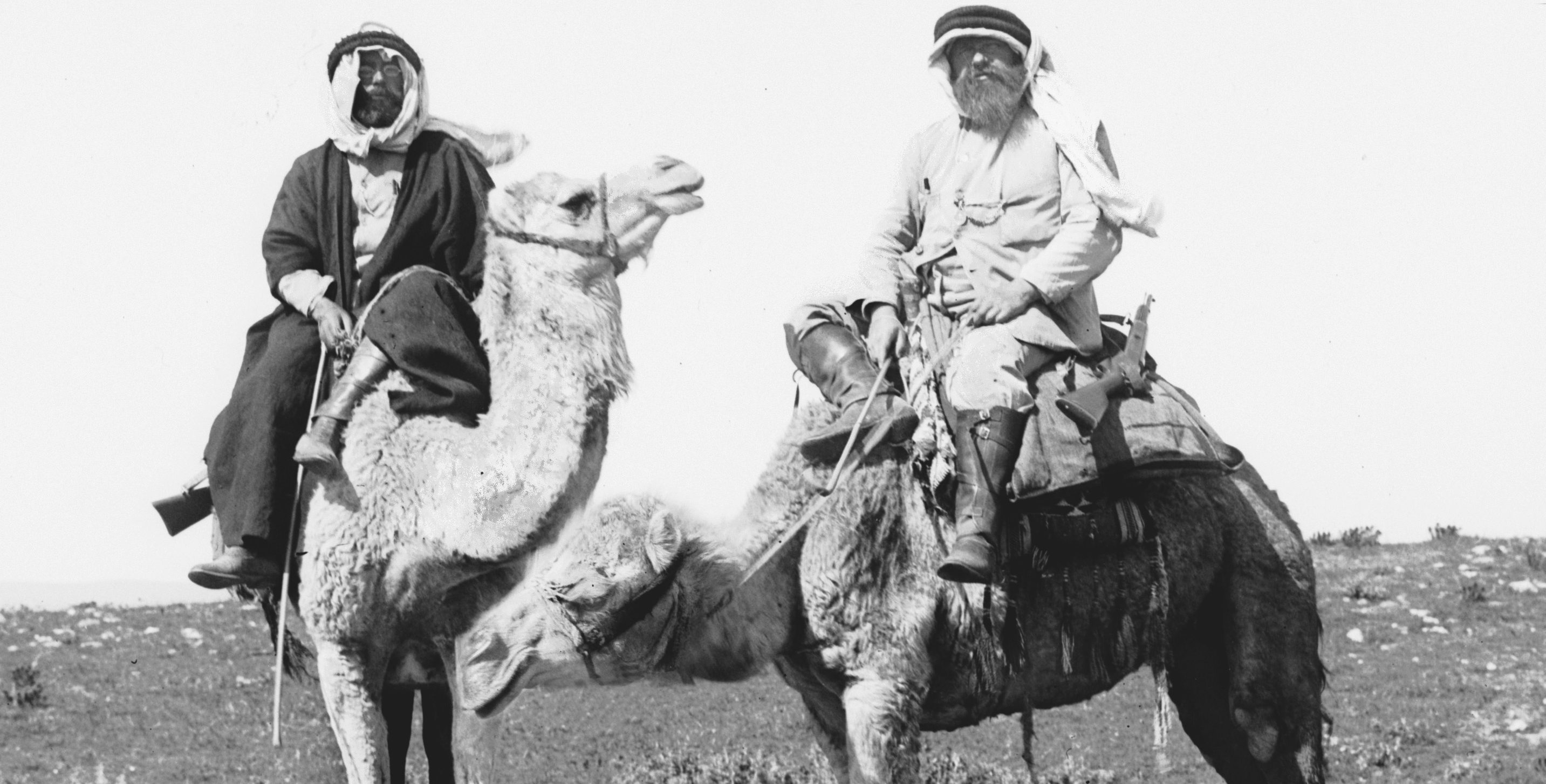 Chronology – a history of our work sites

From its foundation in 1890, the École biblique was contemporary with the first archaeological excavations in Palestine. It contributed to the formulation of academic programs and the development of research disciplines on the ground.

Father Joseph-Marie Lagrange, the founder who wanted to read the Bible in the land of its birth, had conceived his historical-critical methodology by placing the text in its archaeological context, and against the wider background of Near Eastern studies. His first priority was to discover the land to understand it better.

Pioneers: Fathers Lagrange, Séjourné, then Jaussen and Savignac, accompanied by the young Vincent and Abel.

1885-1892: The site of the École biblique: uncovering the remains of the Byzantine basilica of St Stephen in order to restore it
1897: Mâdabâ: examination of the Map of Madaba
1907, 1909 et 1911: Northern Arabia, in the Hejaz: exploration, archaelogical and epigraphic harvesting with photographic documentation of the Nabataean sites by Jaussen and Savignac, collaborating with the Académie des Inscriptions.
1911: Jerusalem, Siloam Tunnel and underground areas: photographic documentation and systematic listings for the accounts of the English mission.
1914: Palmyra: epigraphic and photographic mission for the Académie des Inscriptions.

From Father De Vaux to the present day

* At present, the École is working on many sites, with ongoing publication: