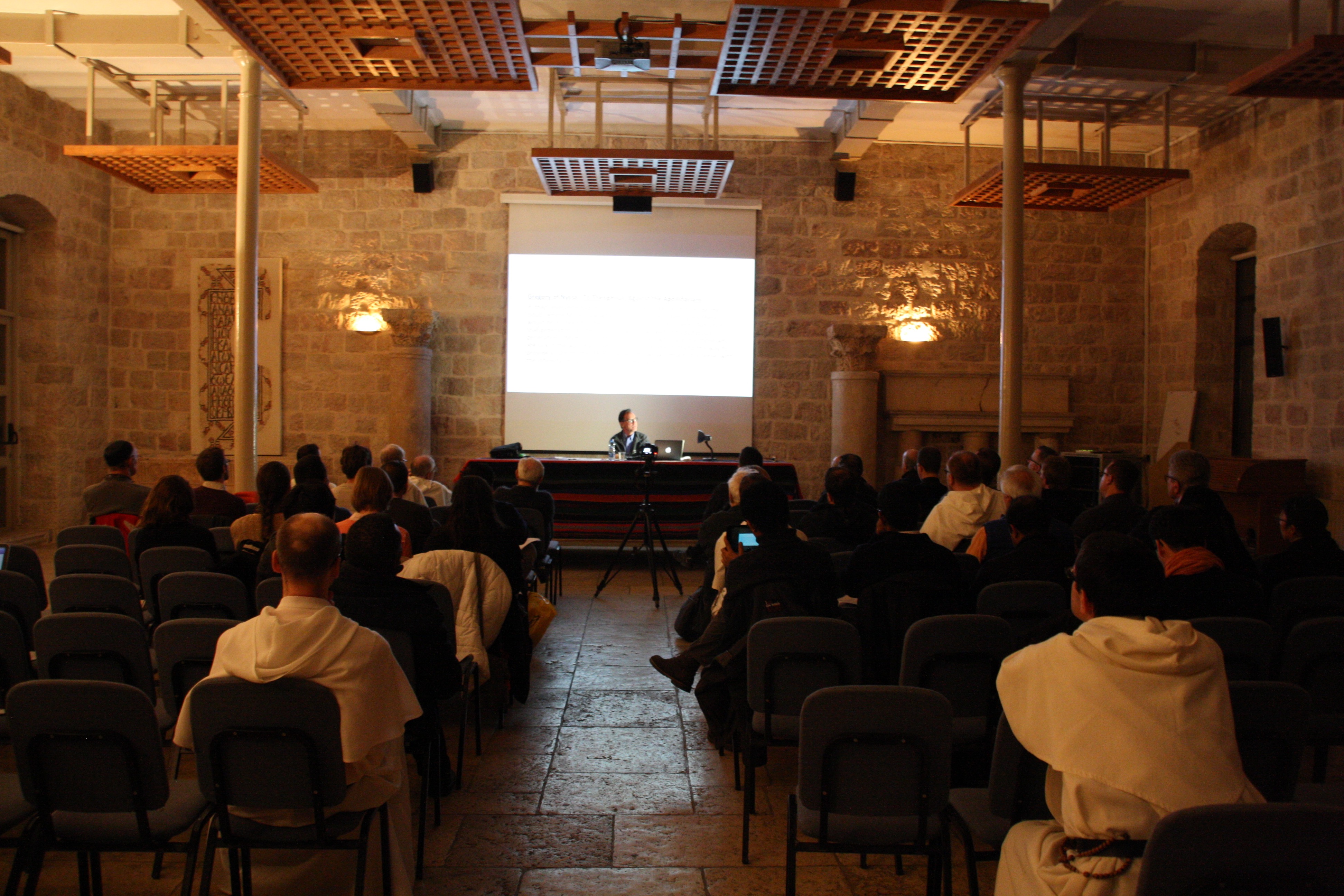 The Lagrange Lectures: a New Initiative at the Ecole

One of the newest initiatives at the École biblique is the launching of a series of high profile annual lectures. The project is conceived with one principal goal in mind: to begin interacting more energetically with a new scholarly public. While our regular Thursday evening conferences remain successful, they both serve and draw from an established network of friends and have an ad hoc character that at times wanders wide from biblical topics. By inviting a select number of exegetes of the highest caliber from all around the world to come and visit and speak with us—exegetes not previously associated with the school—we hope at once to introduce new researchers to the work and mission of the École and simultaneously to be exposed ourselves to the latest projects of the most outstanding names in the field.

The Lagrange Lectures thus began this spring semester with three speakers who, in the spirit of Marie-Joseph Lagrange, all seek in their own proper ways to blend scientific rigor with theological reflection. The three speakers represent three different countries (United Sates, Germany, and Israel) and cover an ecumenical range of Catholic, Protestant, and Jewish perspectives. All three have attained the highest recognition as biblical interpreters.

For our inaugural event, on January 26, the École was delighted to host Prof. Gary Anderson. Both a graduate and later a faculty member at Harvard Divinity School, since 2009 Anderson has held the Hesburgh Chair of Catholic Theology at the University of Notre Dame. His lecture was developed from his present research project on the Tabernacle narrative and was entitled “The Poetics of the Mishkan: Why are there Two Consecration Accounts?” Displaying characteristic dexterity in a wide range of ancient sources, Anderson argued what is perhaps counter-intuitive for many students: there is in fact a “poetics” in the priestly writings. Prof. Anderson, who is spending the academic year as a resident scholar at the Institute for Advanced Studies at Hebrew University, has become a regular visitor to the École and an enthusiastic supporter. Future collaboration is already being plotted.

The second lecture of the season was delivered by Prof. Jens Schröter, a former student of Klaus Berger and present chair for New Testament Exegesis at the Humboldt Universität zu Berlin. In a fitting homage to the five-hundredth anniversary of the Reformation, Schröter, an ordained Lutheran minister, spoke on “The Human Person according to Paul’s Letter to the Romans.” The lecture provided a sneak preview of the commentary on the letter that Schröter is currently writing and offered views sometimes at odds with, other times quite compatible with New Perspective positions. This was Prof. Schröter first contact with the École—and he has already eagerly scheduled his next visit! He will be returning in the fall to continue his research and animate a session with our students.

The final lecture will take place 10 May and will be given by Prof. James Kugel. Starr Professor Emeritus of Classical and Modern Hebrew Literature at Harvard, Kugel is now chair of the Institute for the History of the Jewish Bible at Bar Ilan University in Israel. His talk is entitled “The Divine Travel Agent: Some Thoughts on the Biblical Story of Joseph and His Brothers.” With Kugel’s rare mastery of the Jewish tradition this promises to be an exciting glimpse at his most recent work. It is hoped that in the future the École can foster ever more and stronger contacts with the many extraordinary scholars, like Prof. Kugel, who are resident and working here in Israel.

Recordings of all this year’s Lagrange Lectures will be posted online and some will appear in an expanded form in the Revue Biblique.

The success of this year’s initial series inspires confidence that the initiative can continue and continue to develop. For the immediate future, we plan to maintain the policy of inviting three to four scholars each year, attempting to keep a balance between Old Testament and New Testament, while also engaging cross-confessional perspectives. Presently, we rely on entirely on good will and serendipity, attempting to draw fortuitously on the rich pool of scholars already in Israel for other reasons. In the future, however, we hope to find the funds required to give us greater freedom in soliciting speakers (i.e. travel, honorarium). We would hope, as well, to pursue additional enhancements for the series, from improved publicity to more professional, high quality recording of the events.

Eventually, it may be possible to link this series with the establishment of research fellowships and endowed chairs here at the École. Following the model of the prestigious Sather Lectures, for instance, we dream of hosting a single eminent scholar for a yearlong period of intense and subsidized research. During the course of his or her sojourn, the visiting scholar would be asked to deliver a short series of several lectures, research reports forming the eventual core of a book, destined to be published in a prestigious collection dedicated to this research initiative. We would like the delivering of these annual Lagrange Lectures one day to become one of the signal honors in the field of biblical studies.