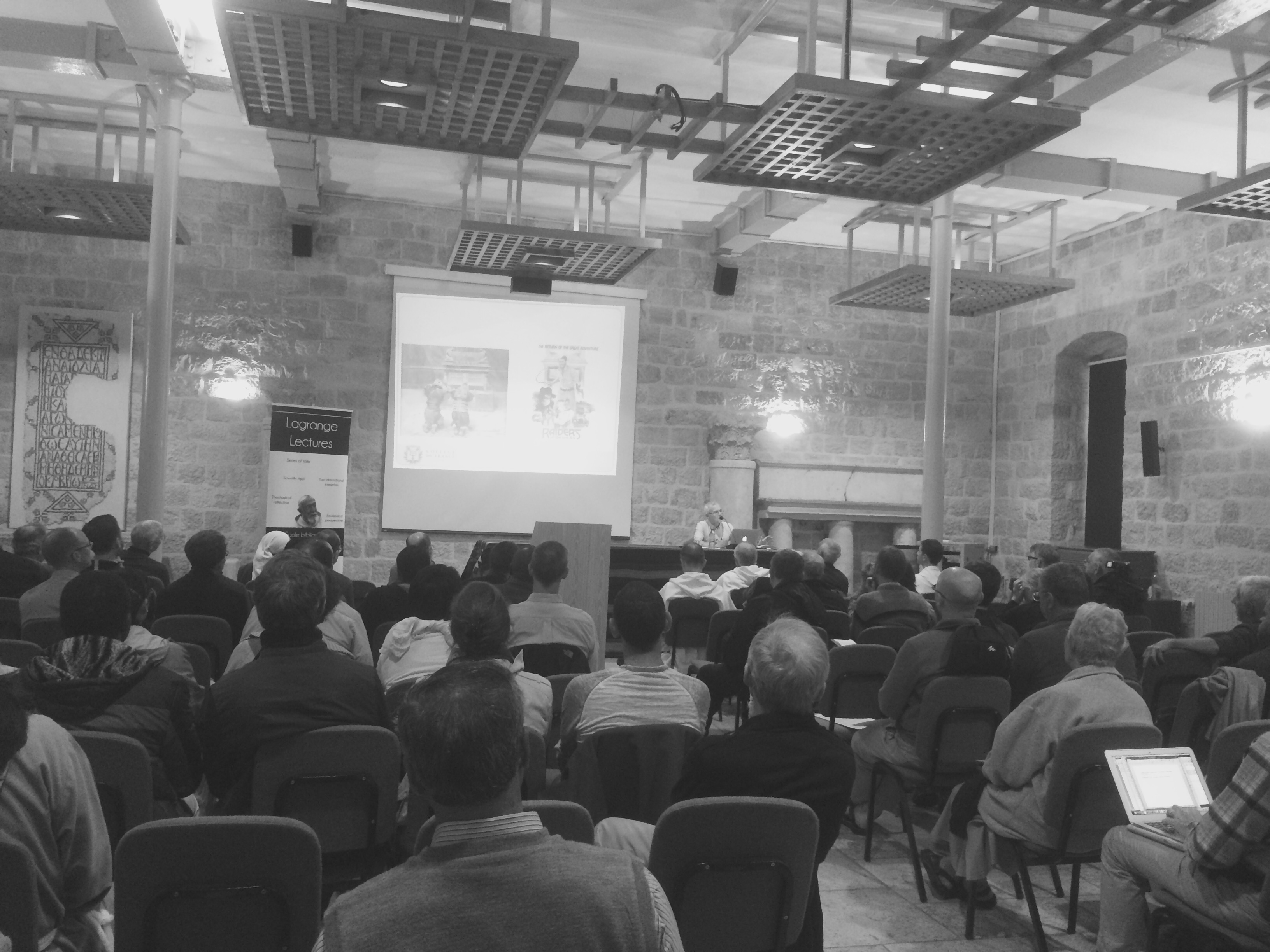 Thomas Römer – The Ark of the Covenant

Thomas Römer, scholar of Old Testament literature and professor at the prestigious College de France, delivered the second of this year’s Lagrange Lectures on April 25. The subject was “Biblical Traditions about the Ark of the Covenant,” the theme of his 2017–2018 courses in Paris. With careful attention to various diachronic puzzles posed by the often-confusing and incomplete biblical reports, Römer proposed the tentative outlines of a revisionist history of this fascinating cult object. From its mysterious origins in Shiloh to its temporary sojourn at Kiriath Yearim—for a much longer period than the biblical account would admit—the Ark belongs within a decentralized picture of Israelite worship in Römer’s view. Along these lines, Römer raised the possibility that the chest may have originally contained twinned cult stones, perhaps of YHWH and Asherah. The Ark’s ultimate, ceremonial transfer into Jerusalem should perhaps be dated to the time of Josiah and the politics of centralization, he suggests, while the account of its migrations through the Philistine cities may reflect earlier political tensions from the time of Hezekiah. Prof. Römer’s presentation was characteristically clear and well informed, regularly averting to the positions of earlier scholars. Of special, if very inconclusive interest was the report of his participation in the first season of digging under Israel Finkelstein at Kiriath Yearim. A strong iron age presence at the site has been confirmed, including an impressive rosette stamp and a couple still un-deciphered ostraca. While it seems reasonable to imagine that any sanctuary structure would have likely been on the top of the artificially flattened summit of the high hill, under the present, reconstructed byzantine church, the wall to a significant complex has been uncovered lower down on the site and dated by OSL to 900-700 BC. Römer thus suggests Jeroboam II as a plausible candidate from some construction project at Kirath Yearim, wondering if the place served as a kind of border sanctuary between Judah and Benjamin. As a final word, in the question and answer period, Römer highlighted the importance of recovering a close interaction between archeologists and exegetes, insisting strongly on the importance of diachronic questions and methodology.