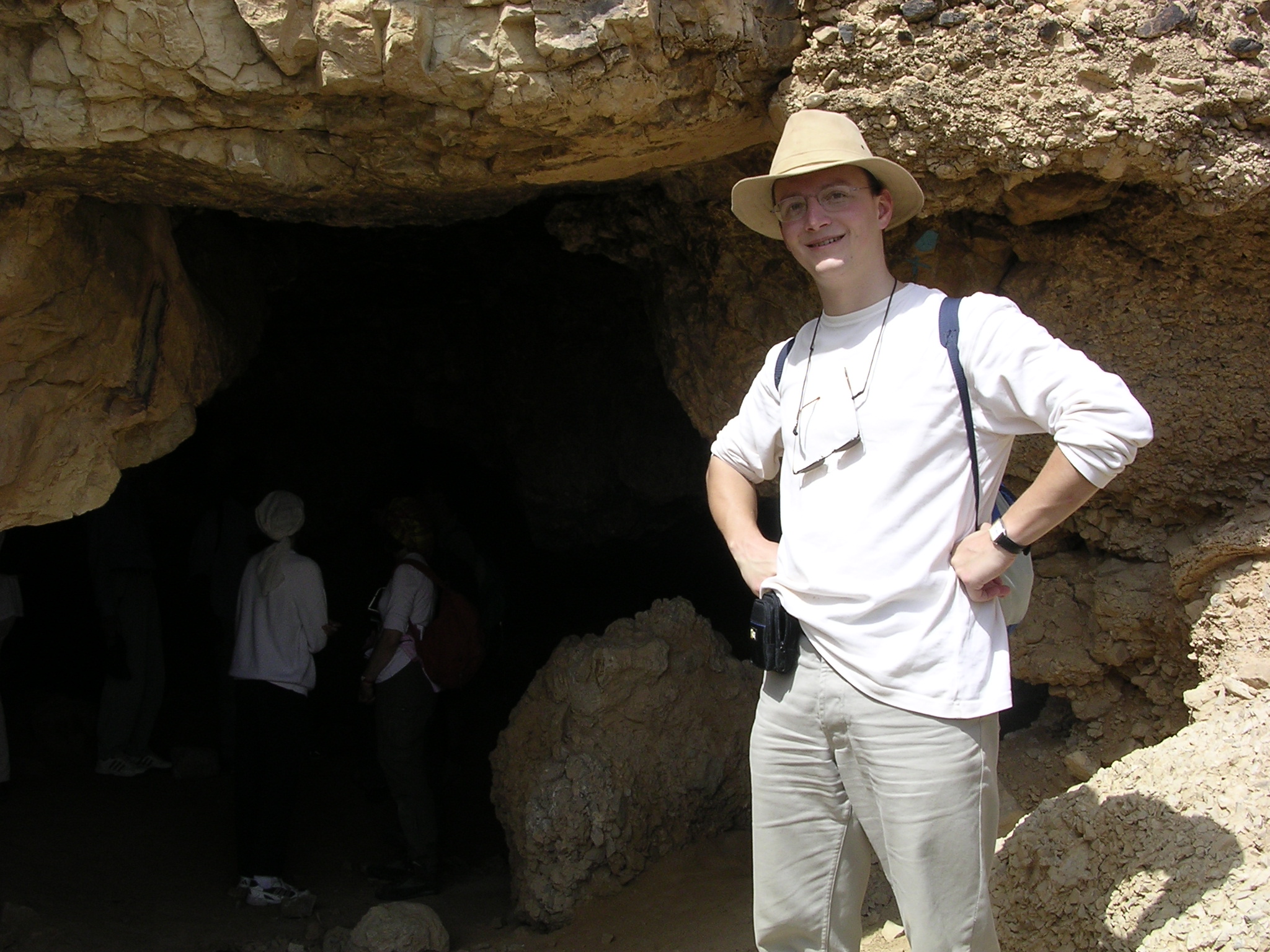 BACK TO THE SOURCE: THE ÉCOLE BIBLIQUE

From September 9th to 19th, 2019, the École hosted the very first Qumran Residency [Read the article ”News from the Qumran residency 2019 at the École biblique”]. Jean-Sébastien Rey, Professor of Old and New Testament at the Université de Lorraine, Metz (France), was among those invited to take part. It was an opportunity for the researcher and former student of the École Biblique to recall his time he spent there 16 years ago, in 2003-2004, and the way it influenced the rest of his university career.

“The first time I came to the École biblique was as part of a scholarship from the École. I remember very well: it was the end of May, I was finishing my master’s degree in theology, and I had heard the news of this scholarship, sudden and unexpected due to a last minute withdrawal. I didn’t really have the financial means to afford expenses not covered by the scholarship, but by doing some calculations, by eliminating a few trips, and with the dollar’s exchange rate very low that year, it could work… I had three days to answer and prepare the application file. It was a unique opportunity for my professional future.

“This time at the École radically changed my life. Looking back, I realize that during that year, I had moved, without realizing it, from being a somewhat fearful student to a junior researcher. I did my DEA at the École biblique (Master 2). I worked like a madman, day and night, in the library. If you come here to work, had better follow through. I remember that my friend Jan Dusek (now at Charles University in Prague) and I often stayed at work until three, four or five in the morning. We would take regular breaks to smoke a cigarette out behind of the library.

“My objective was to be able to obtain a doctoral offer at the end of the year that would allow me to do a thesis. At the time of the interviews for the doctoral position, I had just spent a year completely immersed in the Dead Sea Scrolls. So I knew my subject better than anyone else on the jury and it clearly made a difference. Spending a year with the best specialists in the field (Émile Puech, Jean-Baptiste Humbert, Étienne Nodet) was an incredible opportunity and a real gift. Differences of opinion among researchers help to keep us open-minded and show that research is done through discussion and contradictions.

“I won the doctoral position, enrolled in a joint thesis between Strasbourg, with Eberhard Bons, and Leuven, with Florentino Garcia Martinez. At the same time, Émile Puech has always accompanied, supported and encouraged me throughout the journey. He read, re-read and corrected the thesis so carefully. Finally, once the thesis I had defended, I applied for and obtained a position as a lecturer, then as a professor, in the theology department of the Université de Lorraine. It is quite clear to me that I would never have had the same academic background without this year’s experience at the École.

“Coming back to the École biblique is always a very moving moment for me. I studied hard there, and I have unforgettable memories. I have good friends there. Unfortunately, some of them have left: Marie-Émile Boismard, François Langlamet, Jerome Murphy O’Connor, and Francolino Goncalvez, whose laughter I will never forget. I like coming back to work in the library. Nothing has changed. It’s like a timeless place: the sound of the front door, the smell of books, the tables. I like to work there at night. I like to turn off all the lights at night and go out when there is no one left, in the dark, in silence in the middle of all these books. When I come back to the École, I feel like I’m coming back to a childhood home, that old family home where nothing has changed. The École is a bit like my Proust’s madeleine.”