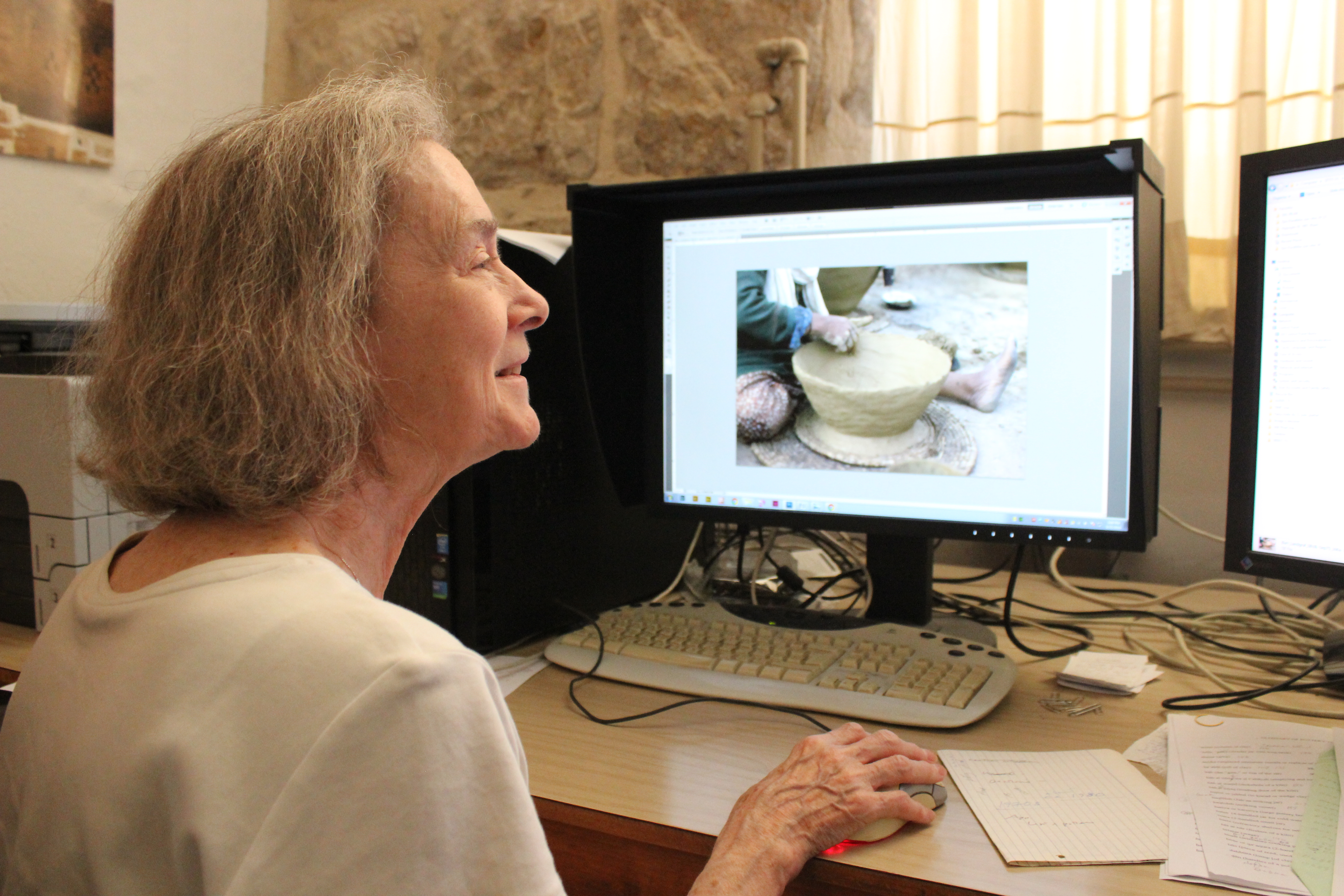 Elizabeth Burr resided at the École biblique for three weeks to complete the co-edition project of her late husband’s work, John Landgraf. He was researched contemporary Palestinian women’s pottery in the past.

“I am not a scientist, but I promised my husband that I would do what he had started”, says Elizabeth Burr with determination. After the death of John Landgraf in February 2017, she almost immediately went to work. Since the spring of that year, she has been involved in preparation for the publication of a book on the work undertaken. The title of the forthcoming book, Palestinian Traditional Pottery, speaks for itself.

Since the 1970s, John Landgraf did his study on traditional Palestinian pottery made by women in the villages. Its purpose was to show how the ways in which Palestinian women potters made their pottery had evolved until 1980. The contemporaneity of the pieces he had right in front of him testified to a transmission, a historical process “dating back to antiquity. The techniques used by these women have both continued and developed”, says Elizabeth Burr.

Traditional male pottery was studied in a complementary way by Owen Rye, a potter himself, contributor to the book and research associate of John Landgraf. Other people are also involved in this project: Professor Hamed Salem of Birzeit University and Jean-Baptiste Humbert, OP. This work should soon be published as part of the École Biblique’s collections.

“It is true that the preparation of this book is a long-term endeavour”, confesses Elizabeth Burr. “However, traditional Palestinian women pottery is an art that disappeared in the early1980s, while its male counterpart is declining sharply. A hundred years ago, in Gaza, there were about 50 pottery factories. Today, there may be 5 of them. I believe that we must preserve the knowledge and value of these traditions.”