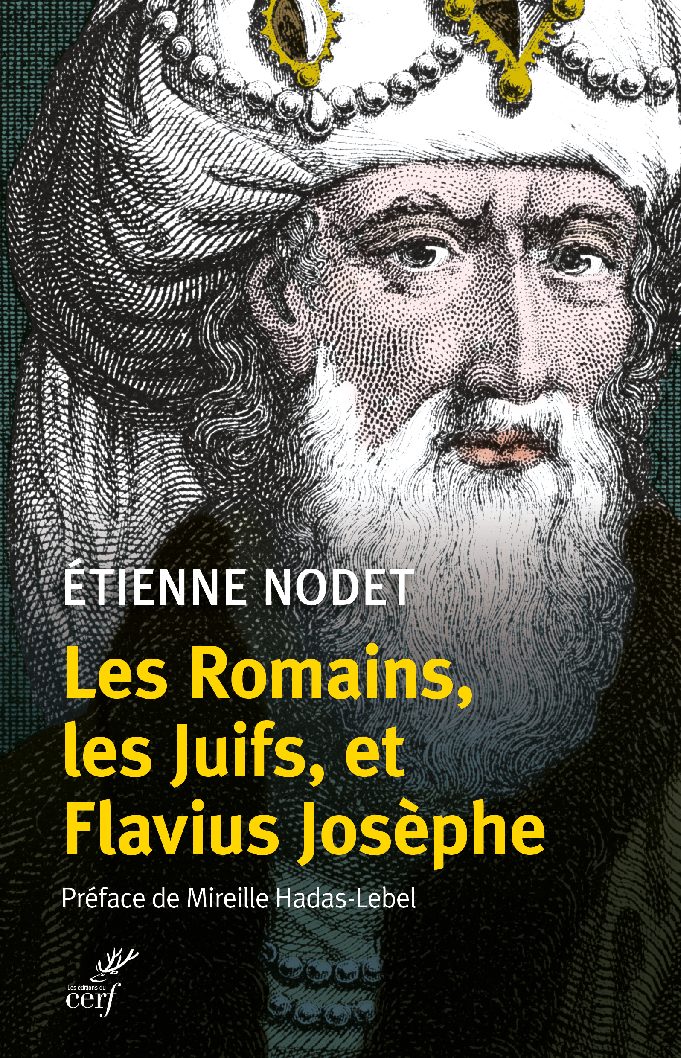 FLAVIUS JOSEPHUS: THIS QUESTION TO ASK….

Literature on Josephus Flavius is abundant. What makes your book stand out? What does it cover specifically?
In these pages, I try to answer the following question: why did the Romans need Josephus although he was a captive enemy general? No one has ever asked that.

Can you give your future readers some answers to this question?
Josephus wrote in his introduction to the Jewish War that this campaign, conducted in 67-70 AD, was the largest of all time. Here is the beginning of an answer: the new dynasty of emperors needed Josephus to write a history coloured by Roman propaganda. This is the price of his freedom. But that is not so innovative. What is interesting to explore, however, are the socio-political mechanisms at work in the Empire at the time Josephus was writing.
Vespasian and Titus successively became emperors around the time of the war: the first in 69, the second in 78. It is a new dynasty that succeeds that of Julius Caesar. It is therefore necessary for them to establish their authority through propaganda. The narrative of the war in Judea is part of this program for which Flavius Josephus praises the conquest. In reality, seen from Rome, Judea is very small! And the Jews, although a large minority in the Empire (about 10% of the population), are not at all subject to Rome, which does not know how to manage this dispersed but united group. The Romans have long faced a culture they do not understand, and after the war, the Jewish minority continues to grow in the Empire. For them, Josephus is the one who understands and makes the connection between the two worlds – eastern and western.

Flavius Josephus is criticized by some specialists. However, why is this character still important for research?
I would say that, in general, we must take the old texts seriously. And this is true even if the content has a particular bent, as is the case for Josephus’ work – or for the Dead Sea Scrolls or the Gospels. We must always ask ourselves why the person who wrote did it: the author of a text did not write for nothing.
More specifically, Josephus is a historian (in the ancient sense of the word ‘’historian’’) and does not want to lose any of the abundant documentation at his disposal. It therefore happens that he tells the same event in two different ways. This rich documentation then comes to us. If we did not have his writings, we would not understand the New Testament. The descriptions he gives have also been very useful in the formation of the New Testament: some writers may have relied on his stories.
In the end, Josephus still helps us to understand many things!