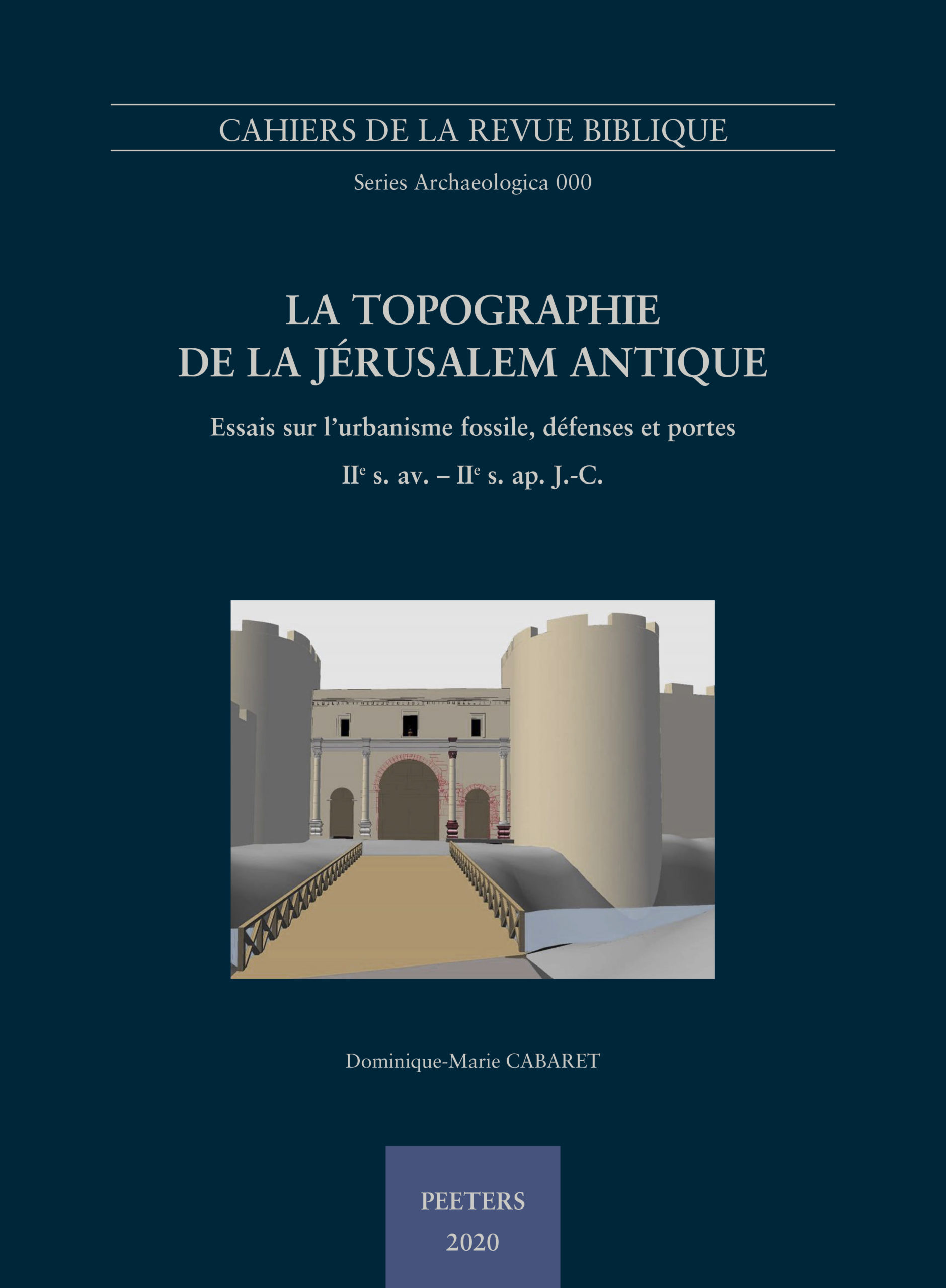 This long-awaited account of Fr. Dominique-Marie Cabaret’s research on Jerusalem’s topography from the Hasmonean period to the reign of Emperor Hadrian, was just published by Peeters in the collection of the Cahiers de la Revue Biblique (Series archaeologica). It is a revised and augmented edition of Fr. Dominique-Marie’s doctoral dissertation written under the direction of Professor François Villeneuve and defended on 9 February 2019at the University of Paris I Panthéon-Sorbonne.

The investigation started from an observation already maintained by Y. Blomme, a former student of the École Biblique, in article published in the Revue Biblique 1979: the architectural style of the Ecce Homo arch, which spans the via dolorosa in the old city, does not pertain to Hadrian’s time, as is generally believed, but to Herod’s. Taking this hypothesis into account allows the author to reshape the generally accepted picture of ancient Jerusalem. Using the best of plans and satellite photos, he brings to light the ancient city-planning that governed the development of the present Old City two thousand years ago[1]. Jerusalem’s quarters were founded by the Hasmonean kings in the 2nd century BC, and the Damascus Gate Square was opened as an agora. To the north of the Temple, Herod subdivided a quarter to put a theatre and its quadriportico. The arch of the Ecce Homo regained its attribution as a Herodian gate, pierced in the Second City Wall. His ambitious grandson Herod Agrippa expanded the city to the north, and the Tomb of the Kings found its place there. Everything was redesigned after the destruction of the Temple in order to accomodate the permanent encampment of the Tenth Legio Fretensis within the city. Jerusalem was embellished by Hadrian, who made it a Roman colony, to celebrate both his own cult and that of Jupiter. He sought to deflect attention away from primitive Christian veneration of Jesus’ tomb, and upon the former Temple’s esplanade, he erected an equestrian statue of himself.

We follow the author with increased curiosity as we read this daring research. It rekindles a debate that promises to be fruitful. One cannot overly recommend this book—with its technical explanations that are accessible even to a neophyte—to anyone interested in the history of ancient Jerusalem. 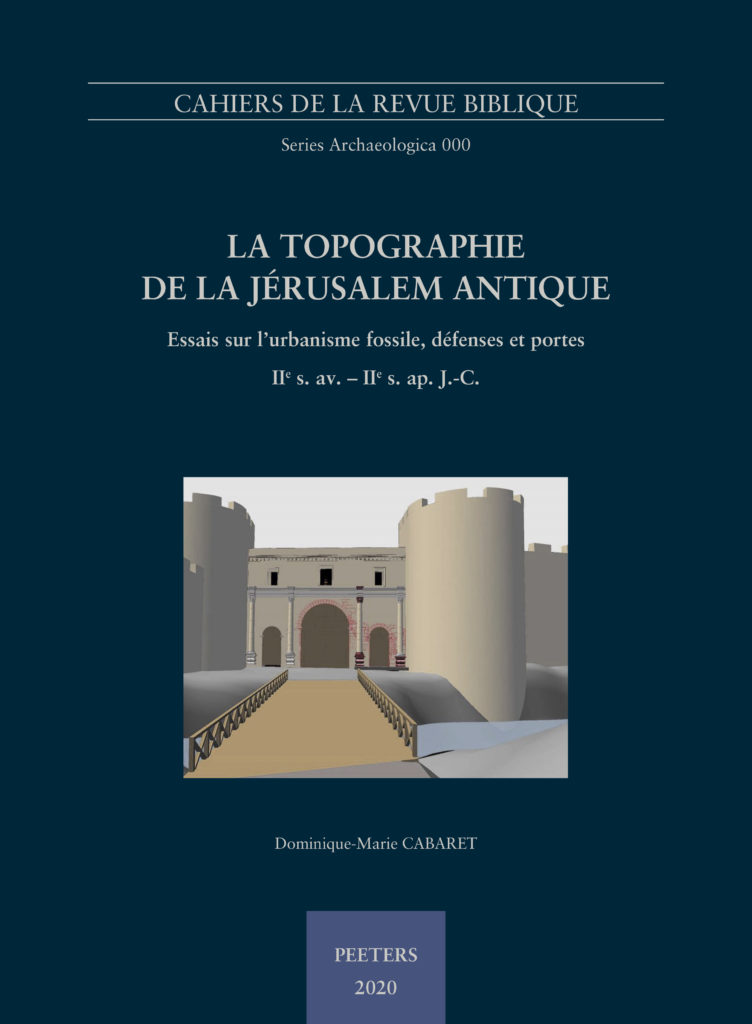 [1] The author owes much to the work of G. Thébault, archaeologist and topographic engineer who has also just defended a brilliant doctoral thesis on the ancient surveying of Dura-Europos at the Université de recherche Paris-Science et Lettres – PSL Research University.