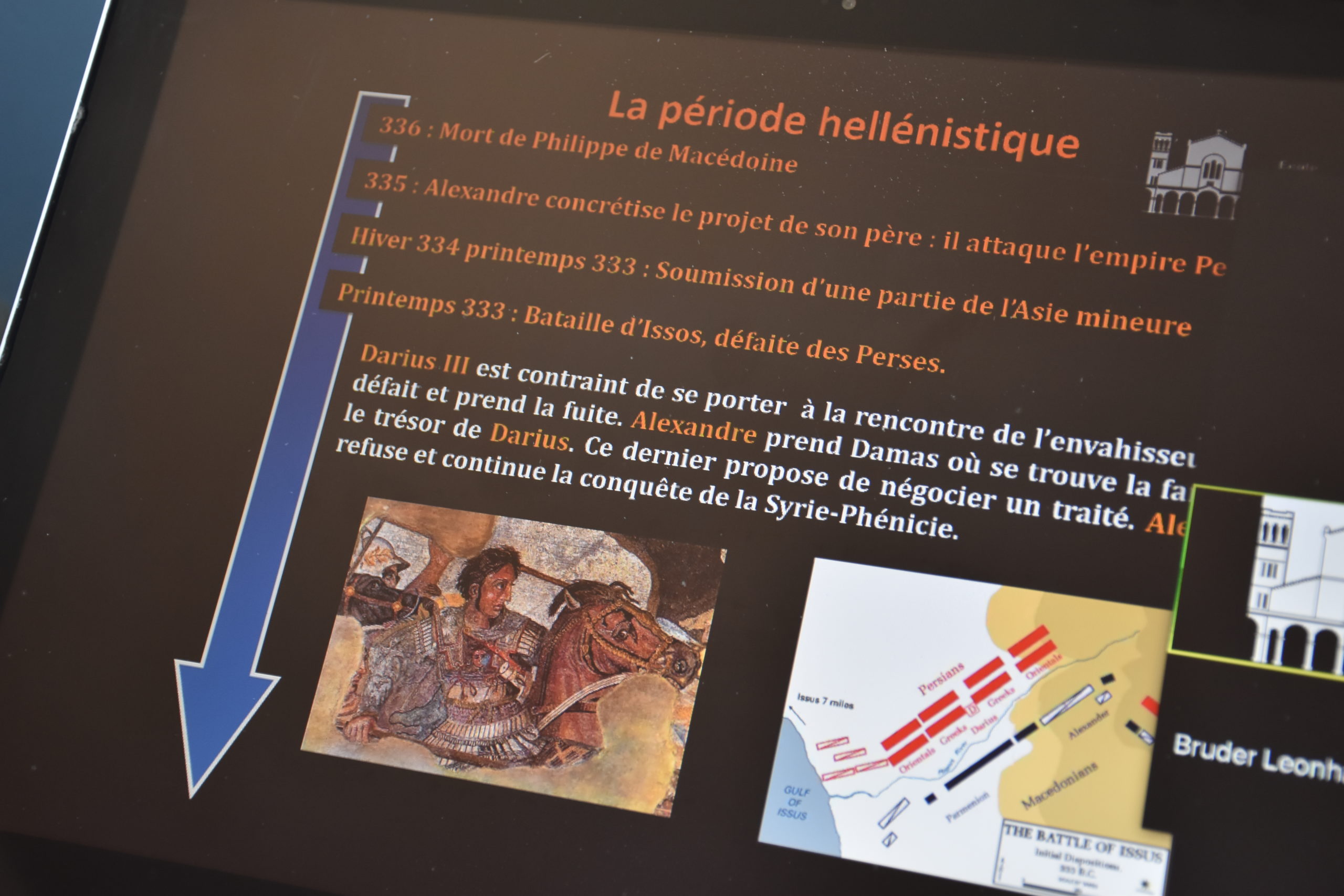 MAINTAINING THE COURSES…AT A DISTANCE: THE ÉCOLE ADAPTS

On March 9th, the École Biblique closed its doors to the public and stopped classes until the 21st, in order to avoid any risk of contagion and spread of Covid-19. A few days earlier, on March 5th, the Israeli government announced the closure of its borders to French nationals and then, from March 18th, a nationwide lock-down. The director and several teachers were unable to return to Israel.

During these last weeks of uncertainty, the École has had to redefine its operations and, in particular, its manner of instruction. The direction of the École continues to be carried out remotely, aided by the appointment of a deputy director ad interim who is on site. The teaching staff, faithfully supported by the administration, has found a way to continue the courses by going beyond…virtual walls. Indeed, since March 23rd, the professors have been teaching for two weeks via ZOOM .

Beyond the simple maintenance of the courses, the work sessions organized on ZOOM sometimes prove to be vectors of exchange and support for the most isolated students and professors, especially with the students who do not live on the campus of the École, as well as some free listeners blocked behind the check-points.

“On Wednesday morning, I turn on ZOOM and see my head on my screen. I share the video, which allows everyone who participates to see me with my headphones and, as a backdrop, the white wall of my room or the book shelf behind my seat in the library. Since March 23rd, when the EBAF courses and seminars were to resume, we have become acquainted with this software, which is used by several universities to ensure the pedagogical continuity of their teaching. The EBAF’s teaching method lends itself quite well to this: professors can give live electronic presentations and record their lectures, the small number of students is conducive to all to ask questions, even via ZOOM’s chat function, which also partly replaces the blackboard. Students are very pleased to see how professors who have had the opportunity to do so have quickly adapted to this new system and thus benefit, in these uncertain times, from continuity in the EBAF’s teaching.” — Philippe Cazala, students delegate.