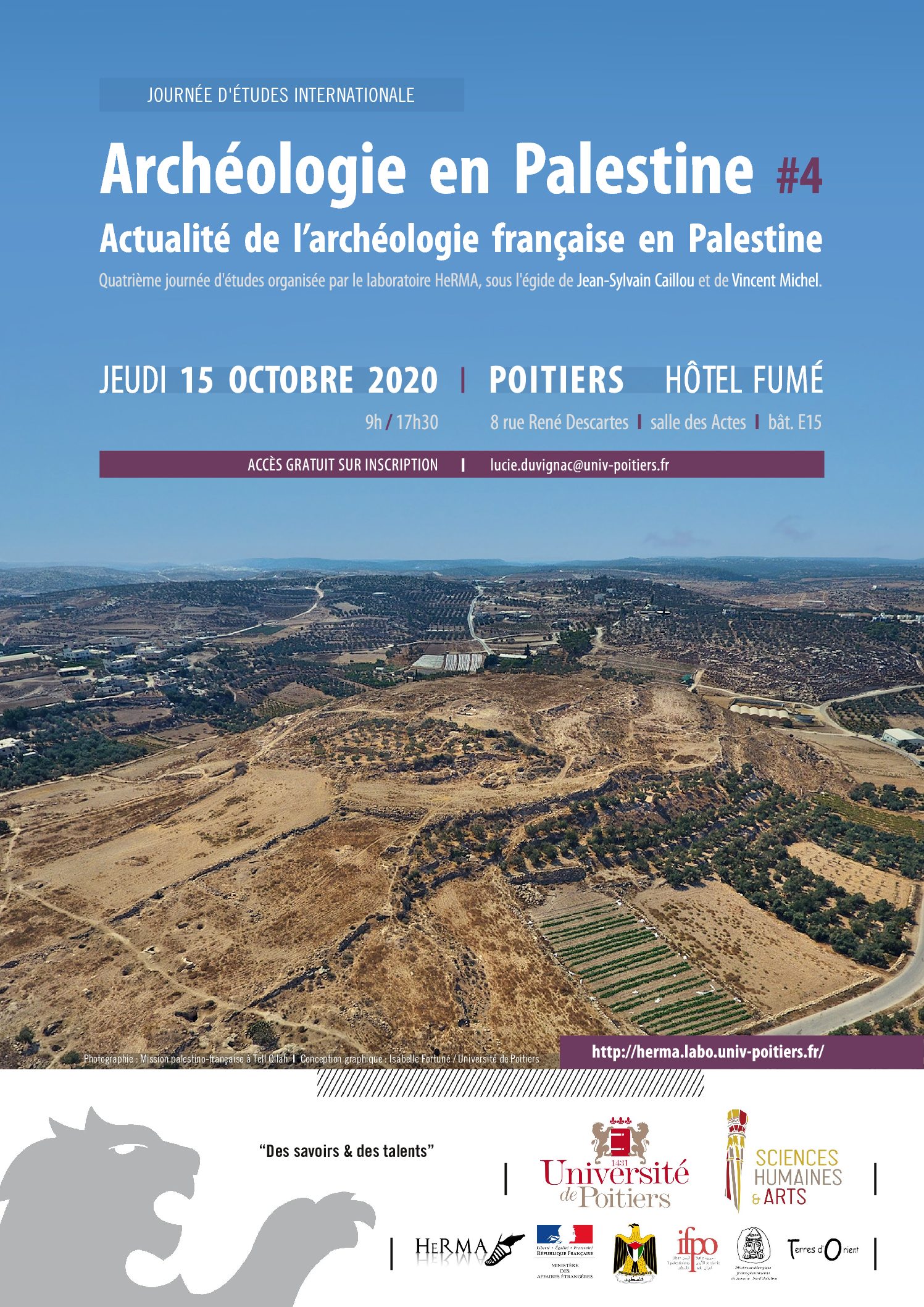 SYMPOSIUM ON THE ARCHAEOLOGY IN PALESTINE AT THE UNIVERSITY OF POITIERS

Organized by Vincent Michel, professor of archaeology at the University of Poitiers, and Jean-Sylvain Caillou, associate researcher at the IFPO, a study day devoted to Palestinian archaeology was held on October 15 at the University of Poitiers. It so happens that during this day, which was mainly intended for students of the Department of Archaeology,the organizers and more than half of the speakers were former students of the School.

It was thus first of all the occasion for a joyful reunion with Rosemary Le Bohec, Lucie Duvignac, Laura Vié, Kevin Trehuedic, Bertrand Riba, former students of the EBAF as well as the two organizers. The topics covered are familiar to the EBAF members who bring the students there every year: the site of Mambré in Hebron, the sites of Sebastié and Samaria, Aïn Mamoudieh, the old city of Jerusalem. Dominique-Marie Cabaret spoke by videoconference from Jerusalem to present his recent research on the urban planning of Jerusalem in the first centuries, as did Sylvie Blétry, from the University of Montpellier, who presented the results of her excavations on Tell Qeïlla in the West Bank. Other speakers, teachers (Marie-Odile Boulnois, from the EPHE, Caroline Arnould-Behar, from the Institut Catholique de Paris) or doctoral students (Marine Triaud, Awesat Waed) contributed to complete a rich panorama.

It emerges that despite the political difficulties that we know underlined by Mr. Mounir Anastas, Ambassador of Palestine to UNESCO, and Mr. Anwar Abu Esheh, Palestinian academic and former minister, the work continues thanks to a commitment and intrepidity shown in conclusion by Jean Jacques Pérennès, director of EBAF. The history of the EBAF is intimately linked to that of contemporary Palestine.