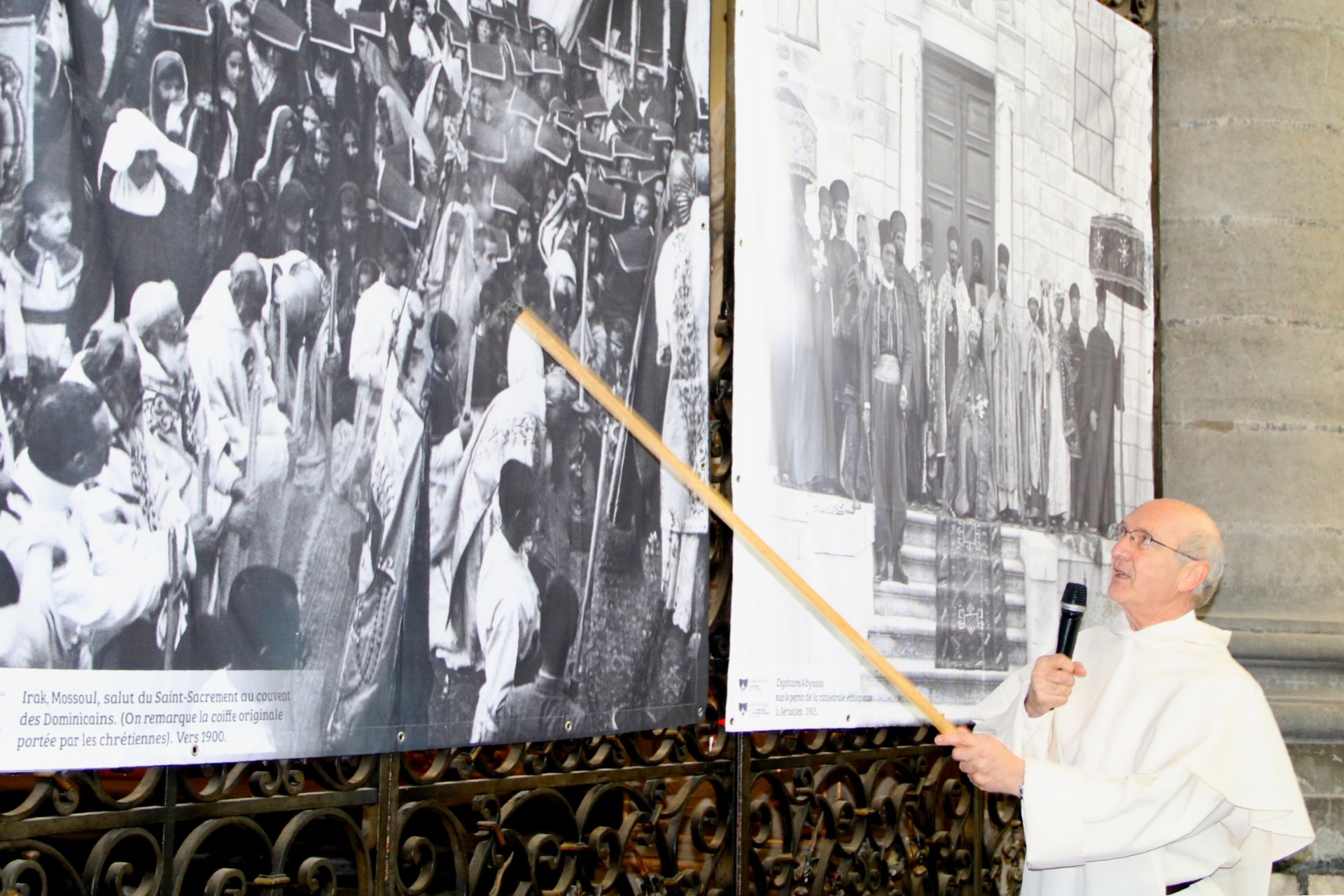 TWO EXHIBITIONS OF THE SCHOOL IN FRANCE

On the initiative of Fr. Christian Eeckhout, op, two exhibitions on Eastern Christians are taking place in France, in Douai and Lille, during the first months of 2021:

– The first in the church of Saint-Pierre de Douai, received by Dean Bernard Descarpentries, from January 9 to 31, 2021, with the title: “Chrétiens d’Orient au berceau de la foi” (“Eastern Christians in the cradle of the faith”). The exhibition is open during the opening hours of the church, Tuesday to Saturday from 1:30 to 4:30 pm and Sunday from 2 to 5 pm.

– The second will take place in Lille in the Cathedral of Notre-Dame de la Treille with the support of the Commanderie des Flandres de l’Ordre du saint-Sépulcre de Jérusalem (Commandery of Flanders of the Order of the Holy Sepulchre of Jerusalem). Interrupted on March 15 because of the virus, the exhibition “Continuous Presence of Eastern Christians” is postponed for Lent 2021, from February 17 to April 3, 2021. A press conference will be given for the inauguration of the exhibition on Tuesday, February 16 from 3:00 pm to 5:30 pm, and it will be visible during the opening hours of the cathedral, from 10:30 am to 5:30 pm

These exhibitions present on large canvas banners photos from the photographic collection of the Dominican Convent of Saint Stephen of Jerusalem, and several sculptures in Lille Cathedral were created by Georges Jeanclos, who placed Hebrew inscriptions in them, in a spirit of universal openness.

A beautiful opportunity to make the École Biblique de Jérusalem known and to remember the Eastern Christians, who were particularly affected in the Holy Land by the complete cessation of pilgrimages.