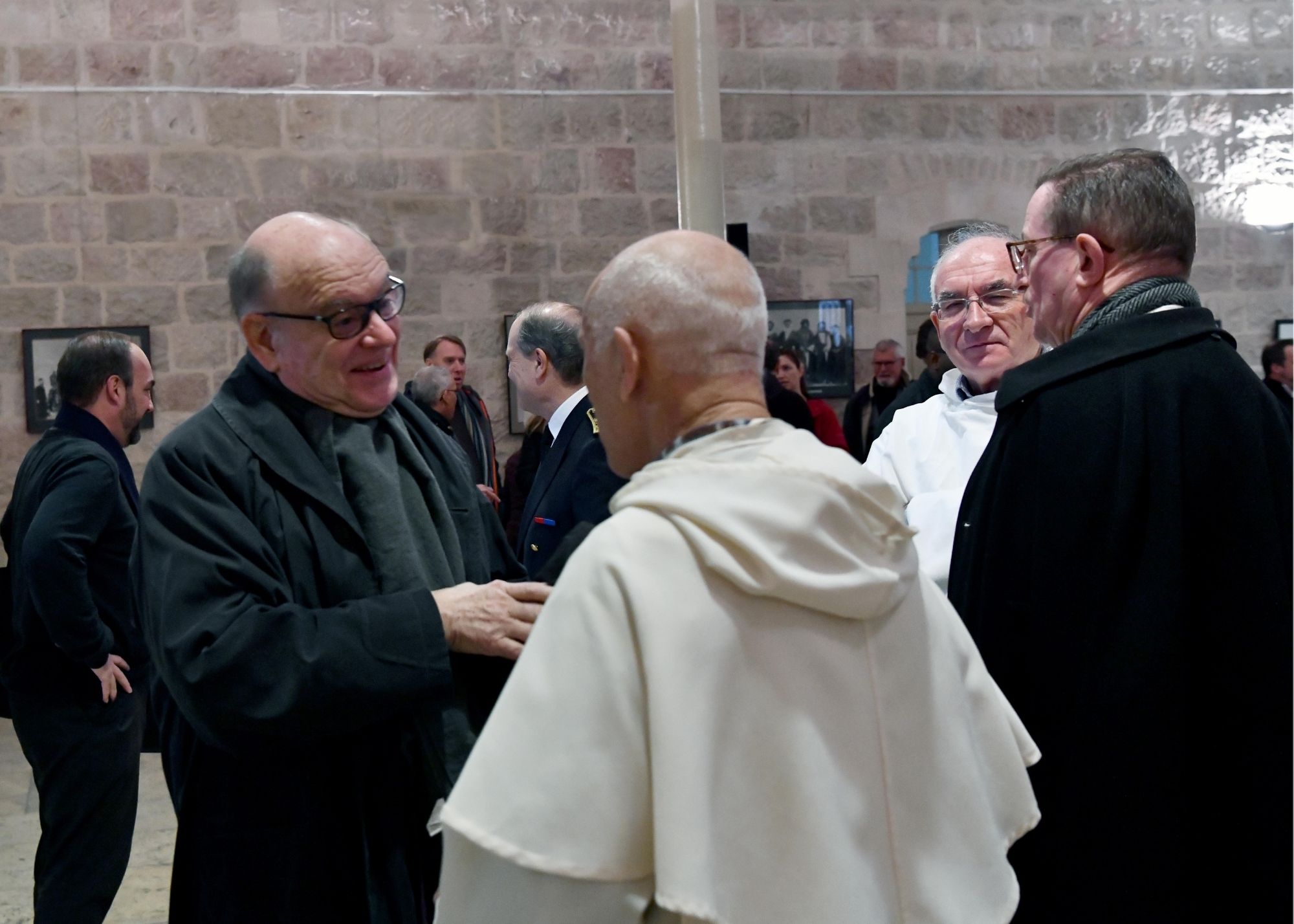 Mr. Jean Guéguinou, President of the Association of Friends of the École Biblique, left us on June 21, 2021. In his person, we have lost a supporter, an engaging personality and a friend.

Born in Brittany on October 17, 1941, Jean Guéguinou entered the diplomatic service right after graduating from ENA in 1967. He was first assigned to the press and information department of the Ministry of Foreign Affairs, and then held a first position at the French Embassy in London, where he later returned as ambassador. He then passed through several ministerial cabinets where his qualities were noticed, which led to his appointment as chief of staff to the Minister of Foreign Affairs Michel Jobert in 1973. In 1982, he was appointed Consul General of France in Jerusalem, where he remained until 1986: this was, by his own admission, one of the best positions of his career. There he developed warm contacts with several religious communities, in particular the Benedictines of Abu Gosh and the Dominicans of the Convent of Saint Stephen.

After another stint in the central administration as spokesman for the Quai d’Orsay, he received several prestigious assignments as ambassador: Prague (1990-93), London (1993-98), the Holy See (1998-2000). Elevated in 2000 to the dignity of Ambassador of France, he will end his career as Ambassador to UNESCO (2002-2006), a position where his marked interest in culture is confirmed. This interest will then manifest itself in various functions. Until today, he has directed the journal of the Society of Friends of Versailles, Versalia, and sat on the board of directors of the France-Museum agency, where he has followed the Abu Dhabi Louvre project with passion.

This enumeration only partially says who Jean Guéguinou was. Besides his undeniable professional competence, he was a sensitive, cultured man, attentive to people. When he retired, he put these various qualities at the service of various associations: the Friends of Abu Gosh, the French Association of the Works of the Holy Sepulchre, the Association of the Friends of the École Biblique of which he was president from 2009 until his death. He was an efficient, dynamic and enthusiastic president, always ready to support with benevolence the projects of the École Biblique. His last trip before his illness was to Jerusalem. His joy in being there with us for the celebration of St. Stephen’s on December 26, 2019 was a pleasure to see. We will miss Jean, but he remains present in our hearts.

Director of the EBAF