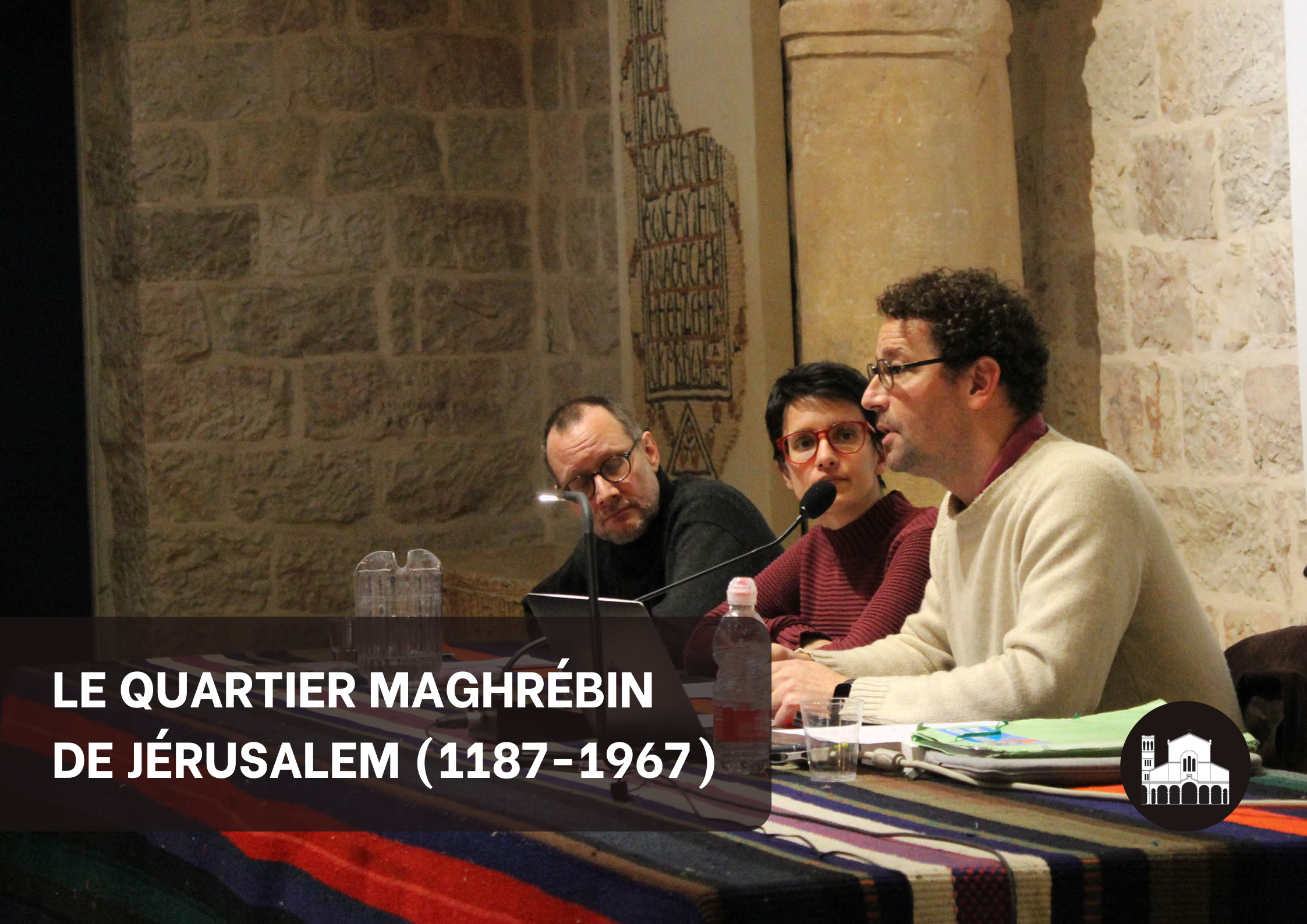 PRESENTATION OF VINCENT LEMIRE’S LATEST BOOK AT THE SCHOOL

Vincent Lemire, Director of the CRFJ (French Research Center in Jerusalem), came to present his latest book, Au pied du Mur, at the École Biblique on the occasion of one of the EBAF’s Thursdays. His lecture “Vie et mort du quartier maghrébin de Jérusalem (1187-1967) : Quand les archives bouleversent l’histoire” retraced the history of this neighbourhood located on the site of the forecourt that today extends at the foot of the Western Wall of Al-Aqsa Mosque Compound.

“Archives were not produced to make history; archives serve first and foremost to assert rights.”

It is with this observation that Vincent Lemire begins his lecture during which he presents us with some of the archival documents he has come across that allow him to relate the history of this neighborhood.

The foundation act of the Abû Madyan Waqf in 1320, or a receipt of payment from the Custody to the “Magravinos” in 1787 tell the story of the management of this neighborhood whose inhabitants lived on the agricultural income of the village of Ein Karem. A letter from Albert Antébi in 1913 illustrates the tragic destiny of this neighborhood which, being located in front of the Herodian wall which became a Jewish sanctuary in the 16th century, was coveted by Zionist associations who tried to enlarge the Jewish place of prayer by buying up the neighborhood. These are various archival documents that are presented to us until the destruction of the Maghrebian quarter in the night of June 10 to 11, 1967. But the archives do not stop there: the inhabitants of the neighborhood were evicted but still live in Jerusalem, the question of their compensation was raised and today, the issue of archaeology is emerging, with the upcoming tourism of the archaeological sites located under the square.

This conference was also an opportunity to present the project www.openjerusalem.org with the participation of two members of the project, Stéphane Ancel, specialist of the Ethiopian Church, and Maria-Chiara Rioli, specialist in refugees in Palestine and the Latin communities of Jerusalem. The goal of this project, created in 2014 and funded by the European Commission (ERC), was not only to open the Jerusalem archives (available in several languages and alphabets and sometimes difficult to access), but also to put these archival documents in dialogue with each other. Today, the Open Jerusalem project involves 60 researchers in 15 countries and a dozen languages. It also involves some 80 conservation institutions, and 39,000 indexed, described and freely accessible documentary units in English via this database.

The project has also resulted in the publication of five books, including Le moine sur le toit by Stéphane Ancel and Vincent Lemire and A Liminal Church by Maria-Chiara Rioli, in the Open-Jerusalem collection published by Brill. 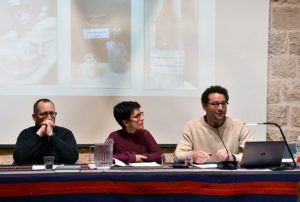 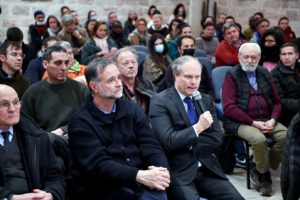 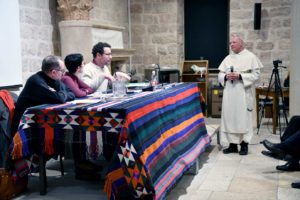