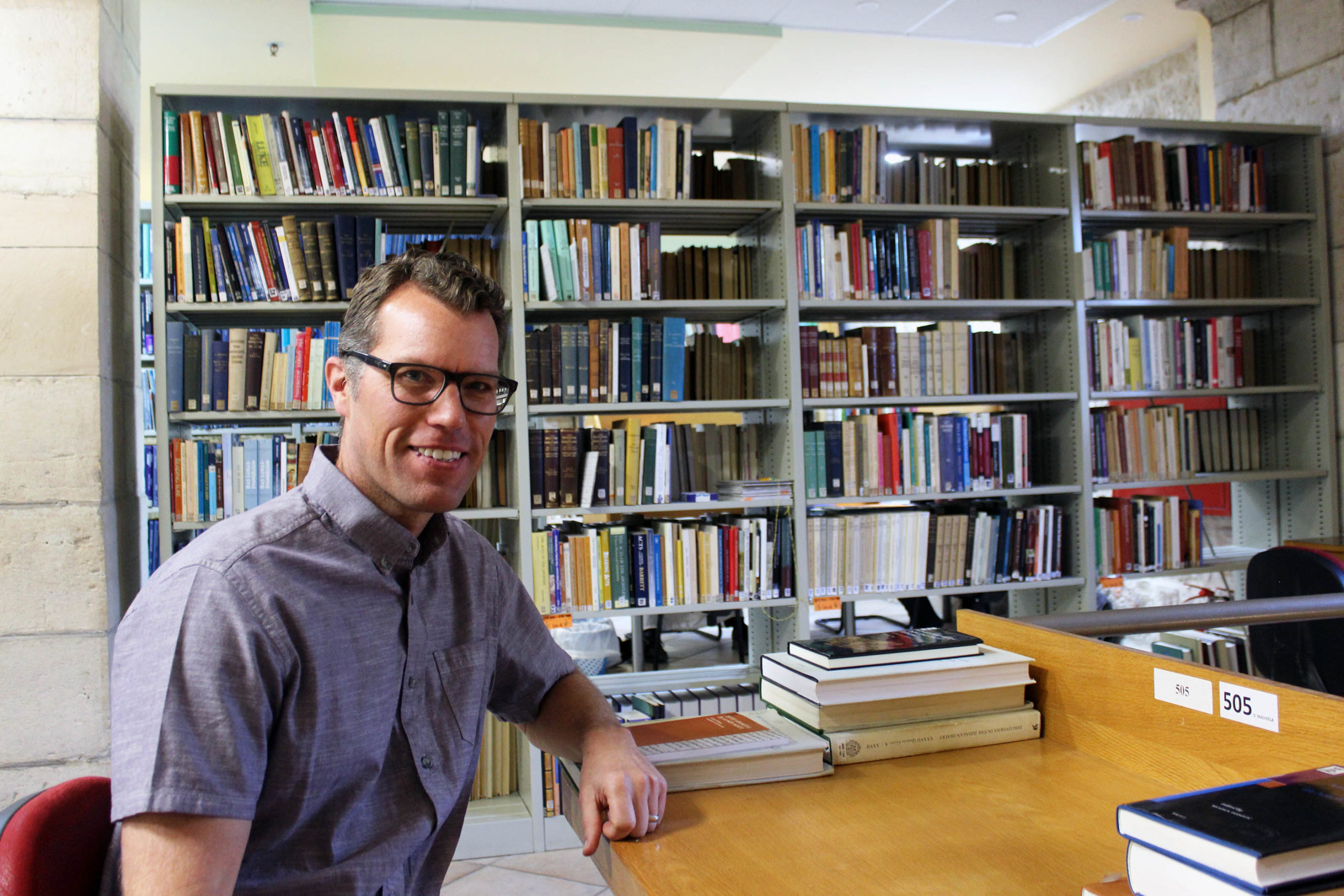 SCHOLARS ARE BACK AT THE ÉCOLE

What are your research projects at this time?

“I’m coming to work on a new book. I’m currently finishing one book on the Dead Sea Scrolls and more specifically on the Aramaic ones. This is a large and very technical book aimed at academics in the field of Dead Sea Scrolls research and early Judaism. It’s dealing mostly with the material features of dialectic language of Aramaic that is being used and things like that.

But I’m starting a new book right now, while I’m here, which is going to be much shorter and aimed at a broader audience. It is focused on, again, the Aramaic Dead Sea Scrolls, but from the question on what is this literature. How does it fit into Second Temple period Judaism? How is it related to the Bible? How is it related to later Judaism and Christianity? Why is it written in Aramaic and not Hebrew? What are the texts about? This book will therefore be an introduction to the Aramaic literature from Qumran. I just started it before I came ; and the purpose of my time here is to get going on this book, to hopefully get some writing done.”

Why are you coming to the École biblique ?

“It is one of the best library in the world for what I do, so part of it certainly is to be here for the library which is incredible. But I would say it’s as much or more about the ambiance and the working environment. It’s quiet. You don’t have to worry about meals. You have a room here so you can use the library 24 hours a day. There is a garden to walk in. There are great people and colleagues you can talk to about your work. And I also like the convenience of being able to go to vespers in the evening. It’s just an amazing place. For me, personally, I think it’s the best research environment I have ever been in. So I think there is always this desire to come back, this kind of call to come back to the École, because it does have this incredible library, but it’s also much more than that: it’s kind of the all environment itself, the people who are here. If it would just a library I could go many places.”