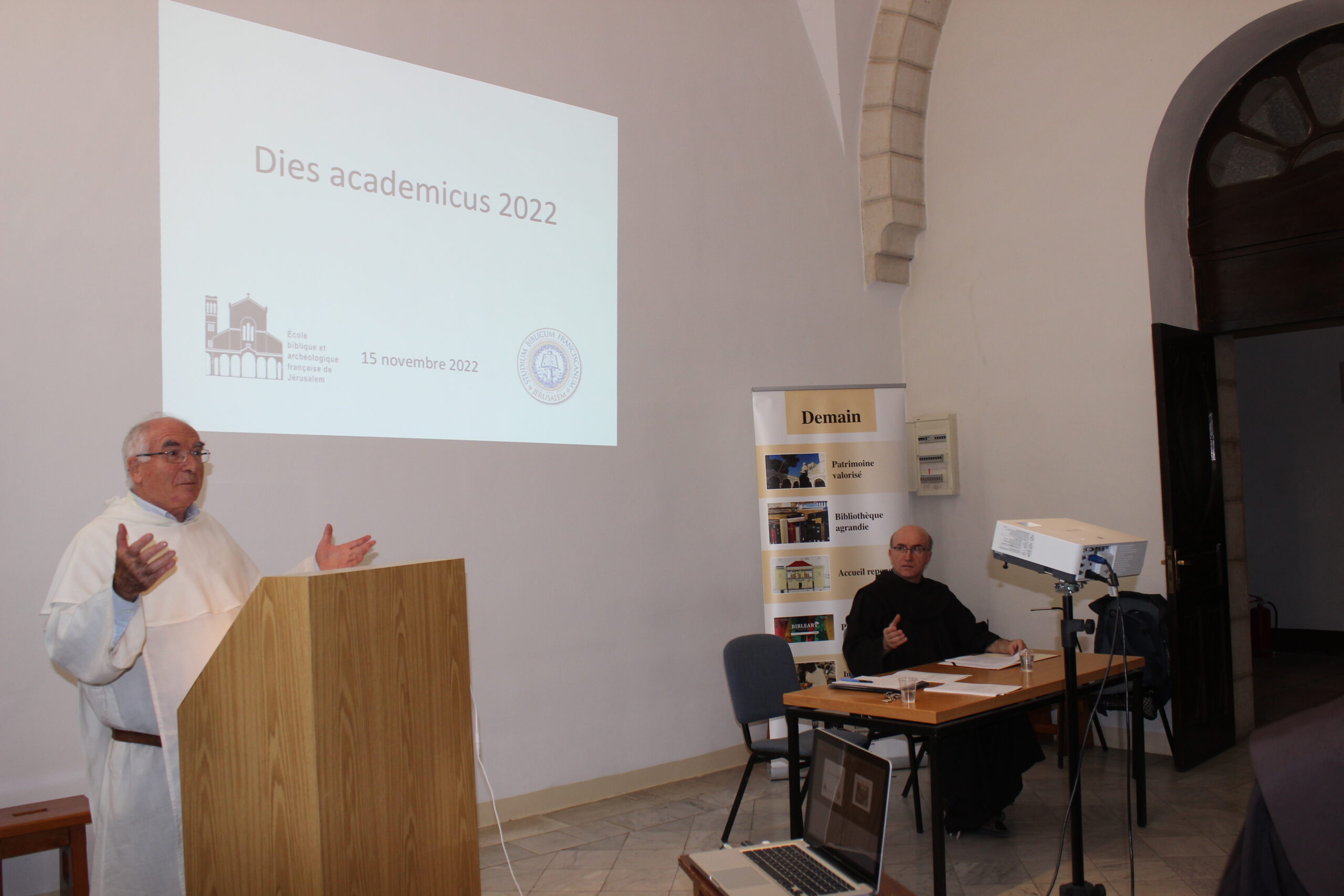 On Tuesday 15 November, the École Biblique and the Studium Biblicum Franciscanum celebrated the Dies Academicus, the official opening day of both institutions. The 2022 edition of this day was held at the Ébaf.

Jean-Jacques Pérennès o.p, director of the school, opened the morning with a retrospective on the past year. It was an opportunity to look back at the major events that have marked the school, the life of the students, without forgetting the numerous publications produced.

Brother Rosario Pierri o.f.m., then presented the past year at the SBF and the numerous publications. 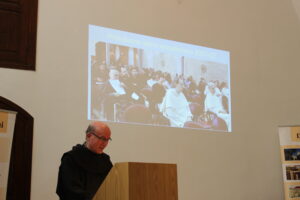 He also paid tribute to the Franciscan Brother Frederic Manns, who died in December 2021. A former dean of the SBF, Brother Frédéric Manns o.f.m. was a great specialist in New Testament exegesis.

The morning continued with a conference by Abbé Marc Girard on the theme “Le Psautier, un commentaire d’un nouveau genre”. 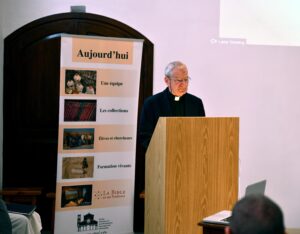 “This was an opportunity for me to present, in its main lines and original features, the work Le Psautier. Livre I (Ps 1-41), which is about to be published. It is a commentary of a completely new kind, which not only translates into French the Hebrew and the great ancient versions (in Syriac, Greek, Latin, and even Aramaic), but also applies a very special analytical grid to the texts […]. Apart from the four Gospels, the Psalms are the book most used in the daily life of the Church.”