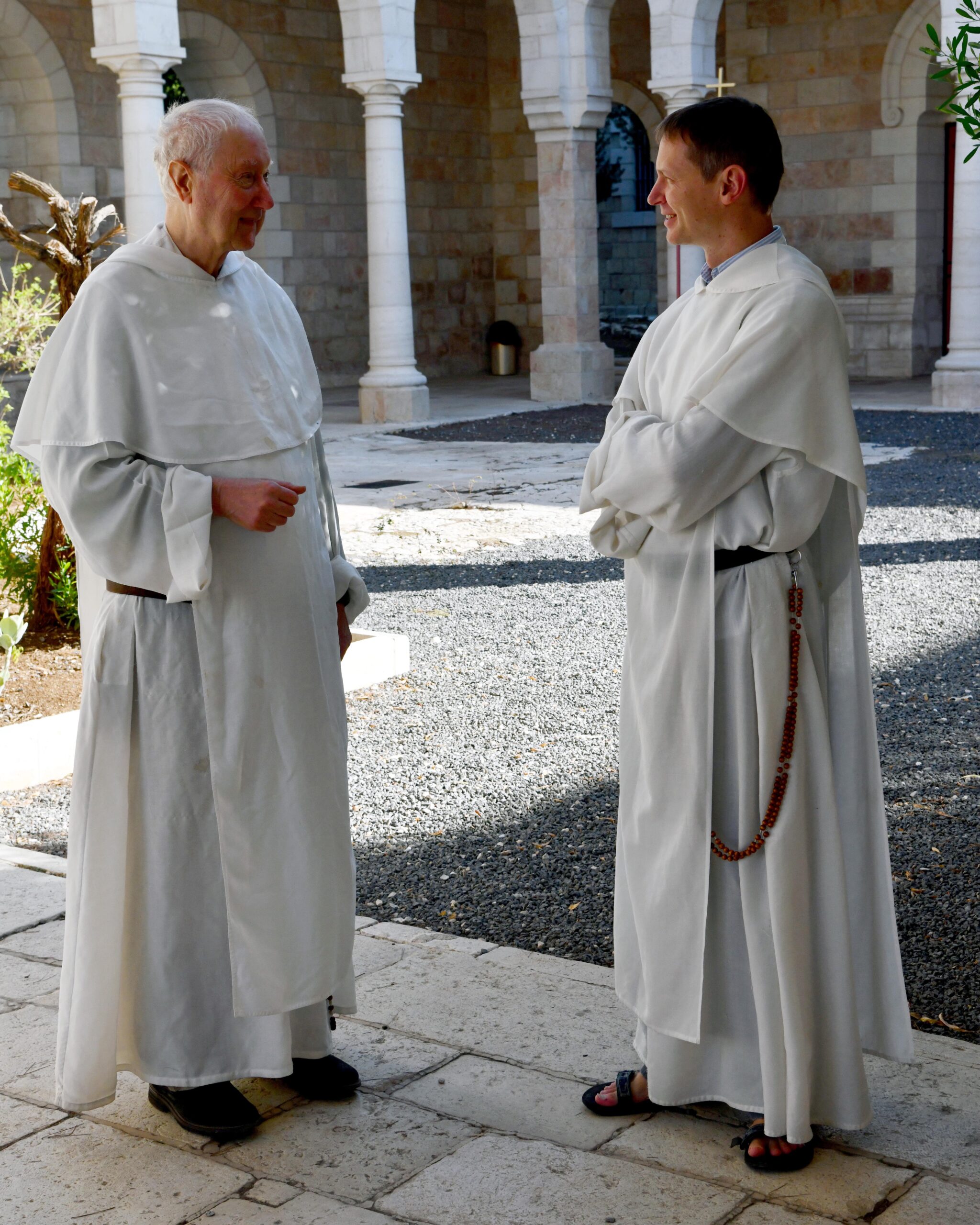 We had the pleasure of welcoming Friar Timothy Radcliffe, former Master of the Dominican Order and Chancellor of the School from 1992 to 2001, for a few days.

A world-renowned preacher and writer, he was present at the school this time to work on his next book, co-authored with Friar Lukasz Popko, o.p.

This shared project was born out of a dialogue between the two Dominican friars, centred on the Word of God. First in vivo, then via the internet, the content of their exchanges appeared so interesting that Friar Timothy decided to share it with a wider audience.

Together, they decided to choose the passages in the Bible where the Lord engages dialogues with people. The only constraint they set themselves was that half of the texts quoted should be from the Old Testament, the other half from the New Testament.

Friar Lukasz took on the translation of a chosen text, and together they commented and offered their reactions. A year and a half later, they decided to publish no less than 18 passionate and exciting conversations !

Without forgetting to enrich this project with images and paintings, inspired by the same texts as those studied.

This book “Listen to me and live ! 18 conversations with God” is intended for all Christians, not only exegetes and theologians. It should be available for purchase by Christmas!