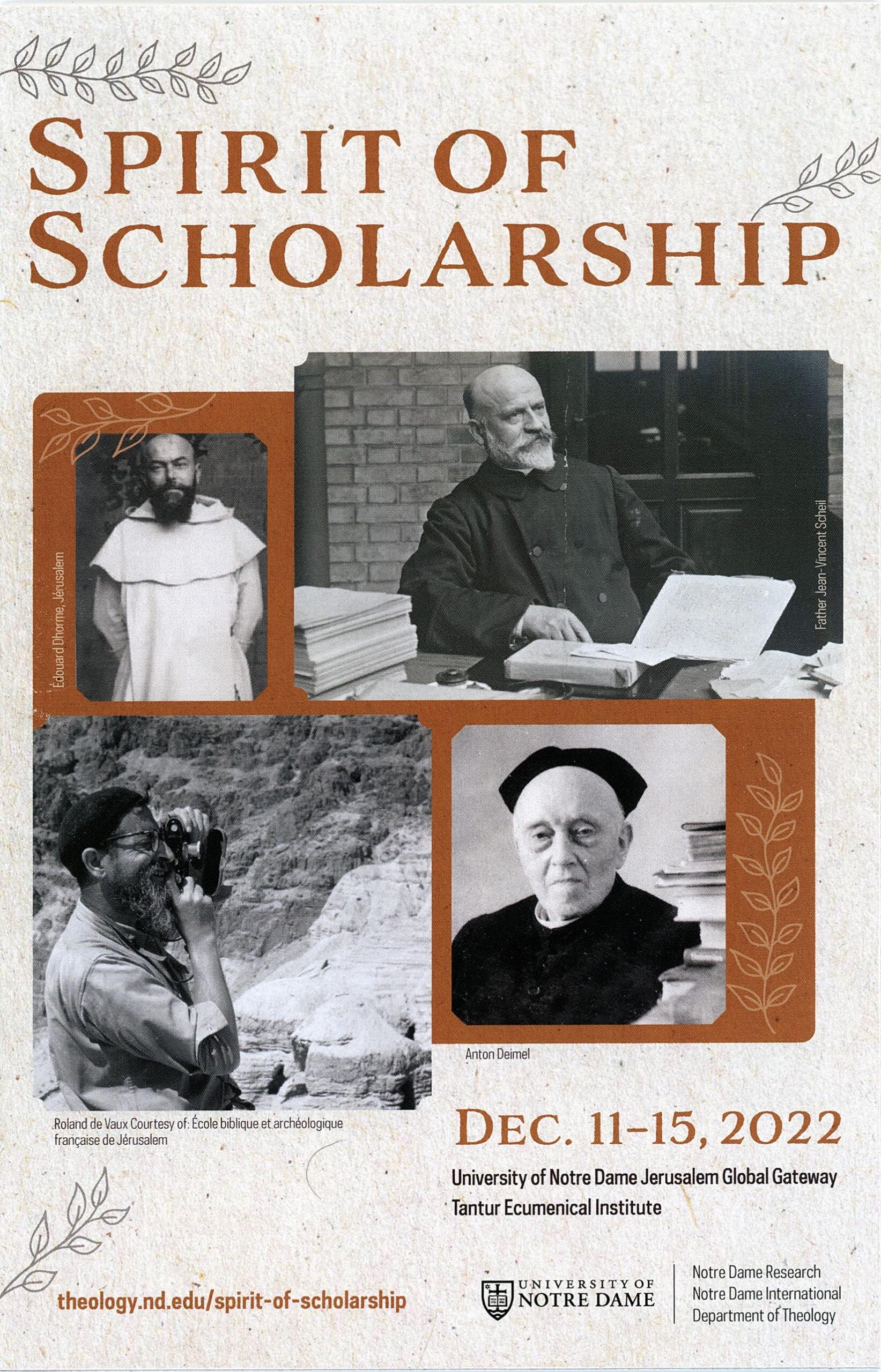 ECHO OF AN INTERNATIONAL SEMINAR ON ORIENTALIST FIGURES IN TANTUR

Dominicans, including Frs Vincent Scheil and Roland de Vaux, were recently honoured at an international colloquium entitled Spirit of Scholarship, organised by the University of Notre Dame (Indiana) at Tantur. The project of the colloquium was to try to learn more about the contribution of Catholic scholars to Near Eastern research.

The colloquium showed that a large number of religious, especially Jesuits and Dominicans, were active in the field of orientalism at the end of the 19th and the 20th centuries. Assyriology was one of the areas that attracted their attention: well-documented presentations were made during the colloquium on Fr Jean-Vincent Scheil (by Enrique Jiménez, from Munich, and Hervé Reculeau, from Chicago), on Edouard Dhorme (by Mark Smith, from Princeton), and on many other French ecclesiastics (by Dominique Charpin, from the Collège de France). Jodi Magness (University of North Carolina), Jean-Jacques Pérennès (EBAF) and Daniel Machiela (Notre-Dame) presented the contribution of Roland de Vaux, especially on Qumran. The Austrian philologist David-Heinrich Müller, who was one of Fr. Lagrange’s teachers in Vienna (Austria) in 1888-1889, was also discussed.

Other orientalist scholars were presented: the German Jesuit and Assyriologist Anton Deimel (by Mark Avila of the Pontifical Biblical Institute), William Moran, sj, and Denis MacCarthy (by Dominik Markl of the PIB), Frans Xaver Kugler, sj, astronomer (by Teije de Jong of Amsterdam), etc. One of the constants in the careers of many of these scholars is that part of their lives was spent in exile because of the expulsion of religious from their countries due to the anti-clerical laws in France or the Kulturkampf in Germany. The list and the quality of the work of these researchers is impressive and augurs well for a fine publication on a field that is little studied for its own sake. 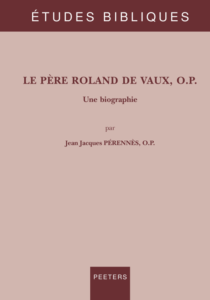