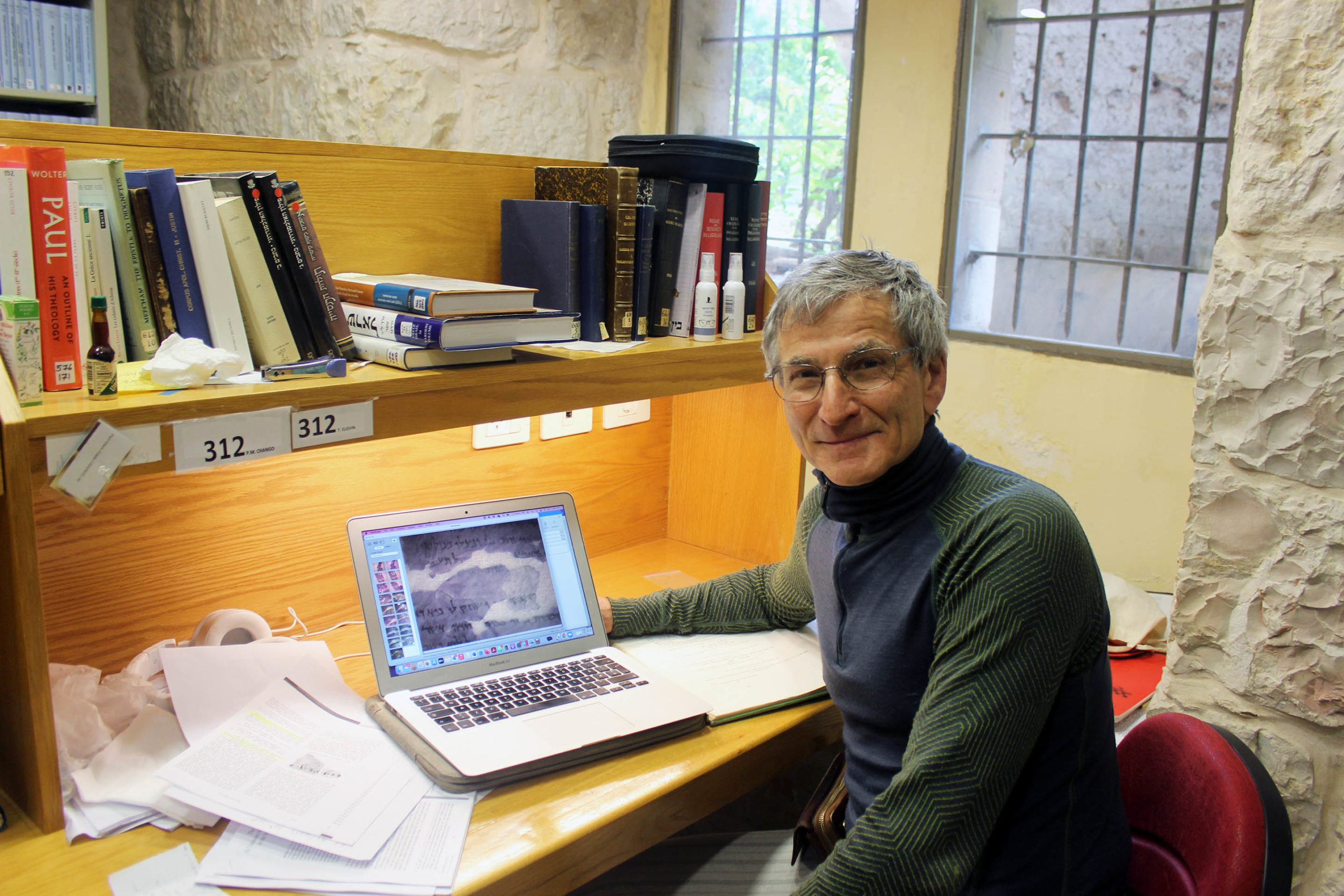 TORLEIF ELGVIN – IMPROVING THE READING OF THE DEAD SEA SCROLLS

After Daniel Machiela last month, this week we asked Torleif Elgvin, who is also a Qumran specialist, about his research and why he came to the École Biblique.

You are working on the Qumran scrolls. What exactly is your research subject ?

“I have been working for thirty years on the Dead Sea Scrolls. I have edited and published some of them. And for eight years I have been going to the Scrolls lab of the Israel Antiquities Authority with a digital microscope to enlarge small details to correct and improve earlier editions of the Scrolls. When I come to Jerusalem I always put into my schedule some days of work in the Scrolls lab that is located at the Israel Museum (under the Antiquities Authority), to check and improve our readings of some Dead Sea Scrolls, both biblical and non-biblical ones. After my visit last week, I already improved the reading of a few lines of an early-biblical commentary from Qumran. So small details, but important ones.

And at the same time I can work in the library here at the École biblique. It’s a very good combination, as I needed to consult text editions and reviews to substantiate my realignment of some Scrolls pieces, to find out how they can be constructed together.”

Why are you coming to the library of the École biblique ?

“Texts from the different periods of biblical history and archaeological results often illuminate each other. Biblical texts from the last two centuries BC are contemporary with the Qumran scrolls, and need to be interpreted in dialogue with the scrolls and the archaeology of Judea. And here, at the École’s library, I find both what I need in regard to the biblical text and relevant archaeological material. So it’s very useful for me to come almost every year to the École for two or three weeks. 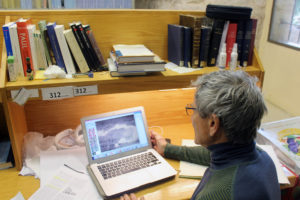 But now due to covid, it’s been two years and a half since I was last here. We had a very productive week here with a dozen scholars during the Qumran symposium in 2019. I’ve been living many years in Jerusalem earlier and I would say that my two favorite places in Jerusalem now are the Scrolls lab of the Antiquities Authority and the library of Saint-Étienne.”