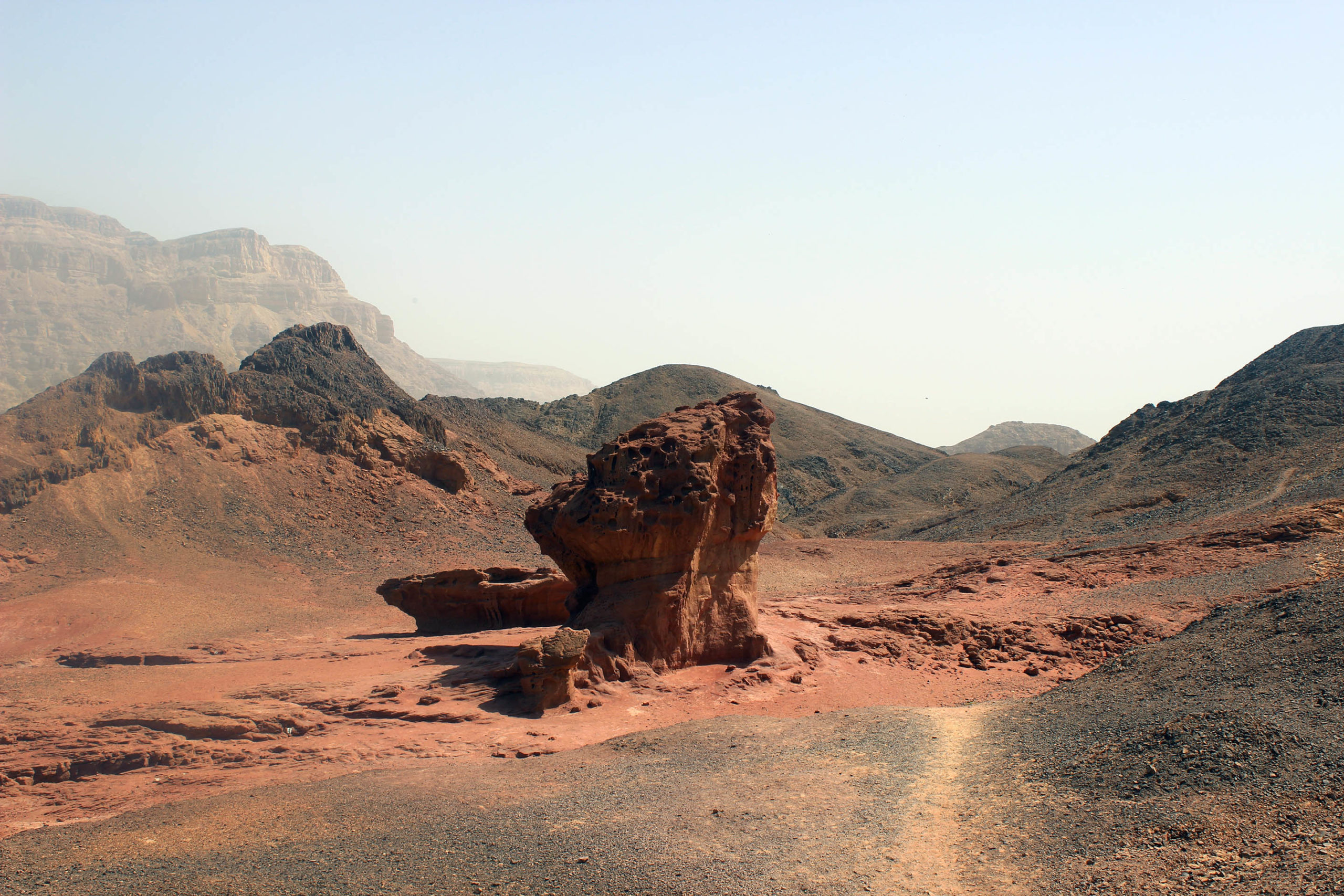 STUDY TRIP IN THE NEGEV

After the trip to Jordan a few weeks ago, the students have just completed the last study trip of the year: three days in the Negev, discovering Nabatean cities, Roman forts and breathtaking landscapes.

We asked four students to talk about the places that marked their trip: 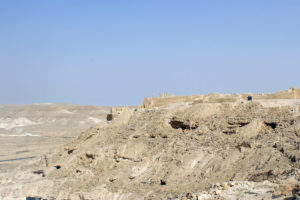 View on the Nabatean city of Avdat.

“The trip to the Negev took us to the desert and under the already hot April sun we were able to realize the importance of the citadels that lined it. Avdat, a strategic Nabatean city to watch over the commercial routes of the incense and spice route, stands on a hill from where the view is impressive. In addition to security, it provided essential supplies for the caravans. The walls, terms and Byzantine churches, whose ruins can be seen today, make this site a remarkable testimony of these periods which run from the 4th to the 10th century.” 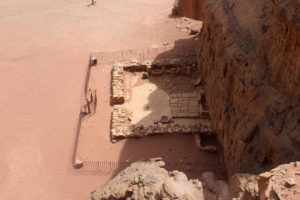 Temple in honor of the goddess Hathor, erected in the 14th century BC.

“What is striking about Timna is the combination of the geological, the human and the sacred. Men settled here more than 60 centuries ago to exploit copper ore; the mine shafts and the remains of workshops still bear witness to their working conditions, and the rock preserves the trace of their passage, in the form of Egyptian rock engravings. Nearby are two temples, installed in a grandiose setting, spectacularly sculpted by time, sand and wind. The divine thus occupies an essential place between the astonishing beauty of nature and the marvelous invention by man of metallurgy.” 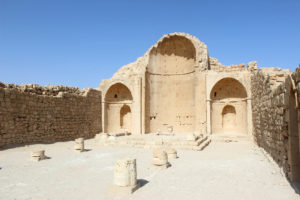 One of the three Byzantine churches of Shivta.

“Only 15 km from the current Egyptian border, the ruins of Shivta (Sobota) caught the attention of EBAF students. This western Negev city has no tell, no fortification walls, and no springs, but was nonetheless prosperous. Perhaps founded in the first century CE, Shivta reached its peak in the Byzantine period, when it was home to a bishop as early as the middle of the fourth century. Three large churches, one fortified, very beautiful apses still preserving some traces of frescoes (transfiguration), two baptisteries, testify to this wealth. After a short period of Islamization, Shivta seems to have been definitively abandoned around the middle of the 9th century. However, this city did not deliver all its secrets since 3/4 of its surface remain to be excavated!” 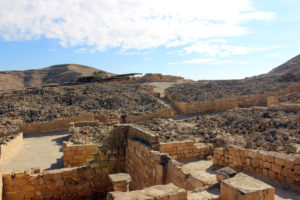 View on Mamshit from the watch tower.

“It was during the first day of the trip to the Negev that we visited the site of Mamshit. An important Nabatean city occupied during the Roman and Byzantine eras, of which we could observe many remains still in place and others in the heart of later constructions. These remains bear witness to this history, combining Nabatean architecture, reuse, and Byzantine architecture and style. A large house, a place of Nabatean life, a courtyard with columns with Nabatean capitals, Byzantine churches with floors decorated with mosaics and walls borrowed from Nabatean elements, among others, have thus regaled our eyes.”